A Minnesota nonprofit that assists beginner and rural farmers lost its grant funding from the U.S. Catholic bishops’ conference when the conference learned it was a member of two Minnesota groups that oppose Minnesota’s marriage amendment, an amendment the church supports. 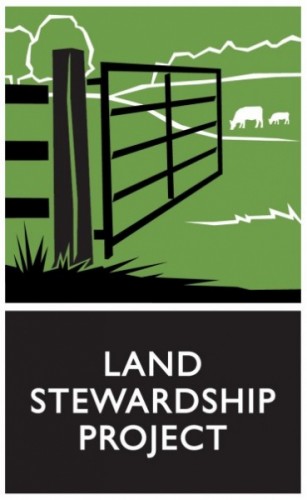 The Catholic Campaign for Human Development, the bishops’ domestic anti-poverty program, did not cut funding because of something the Land Stewardship Project did, but “because they don’t like whom we associate with,” said Mark Schultz, the project’s associate director/policy and organizing director.

The organization, which helps sustain rural farms and has an office within the Winona, Minn., diocese, is an organizational member of two large nonprofits: Minnesota Council of Nonprofits and TakeAction Minnesota. Those two organizations, while their missions do not involve same-sex marriage, have taken stances against the marriage amendment.

On Nov. 6, Minnesotans will vote on a constitutional amendment that would define marriage as between one man and one woman.

“We have no position on that,” Schultz said. “We don’t do any work on that.”

Although Land Stewardship Project does not have a position on the marriage amendment and belongs to the two organizations for other reasons, it is because of these relationships CCHD revoked the project’s $48,000 grant this summer.

But Schultz, who is Catholic, thinks CCHD is wrong.

“We’re not in violation of the contract because it’s not the purpose or agenda of these groups to do something about marriage,” he said.

“This is really difficult for us,” he said.

Under CCHD grant guidelines, a group is ineligible if it “promotes or participates in activities that support principles contrary to Catholic Teaching or work against the USCCB’s priorities to defend the life and dignity of all human persons, to strengthen family life and the institution of marriage, and to nurture diversity.”

The Land Stewardship Project, which has offices in southern Minnesota, was founded in 1982 “to foster an ethic of stewardship for farmland, to promote sustainable agriculture and to develop sustainable communities.”

Schultz said the Minnesota Council of Nonprofits, which has 2,000 members, helps organizations be better nonprofits, and TakeAction Minnesota — which has 14,000 individual and 29 organizational dues-paying members — works on health care reform, which relates to the farm organization’s work because many of its members are “underinsured, uninsured, and paying huge amounts of money to insurance corporations.”

The Land Stewardship Project, when listing its affiliations on the application, evaluated if its memberships would be a violation of the CCHD contract, Schulz said, but decided they would not because none of the Land Stewardship Project’s work with the two organizations involved the marriage amendment and because the separation was so distant it would not be a problem. However, CCHD disagreed.

CCHD director Ralph McCloud told NCR the agency has given grants to the Land Stewardship Project multiple times since about 1989, and he noted the project’s “tremendous work over the years.” However, its affiliation with the two organizations made it ineligible for a grant this year, he said.

When the Winona diocese contacted the bishops’ conference this summer, CCHD looked into what constitutes a membership in the two organizations: “Is it dues paying, do you support the activities of the group, what activities do you work together on, do you enhance the group by your presence there — those kinds of things,” McCloud said.

Joel Hennessy, director of mission advancement for the Winona diocese, said the Land Stewardship Project does “wonderful work,” and the diocese “is sad that people have to suffer.” He said he is hopeful the relationship can one day continue.

Since at least 2007, the Land Stewardship Project has received $30,000 or more in grant money from CCHD, according to the group’s grant reports.

In recent years, CCHD has come under attack from groups that say the bishops’ agency funds programs that are inconsistent with Catholic teaching. A coalition group called Reform CCHD Now compiled information on possible violations with the Land Stewardship Project using CCHD’s guidelines and sent the findings to the Winona diocese, said Michael Hichborn of the American Life League, one of the organizations in the coalition.

Founded in 2009, Reform CCHD Now works “to shine the light on the problem of Catholic funds going to organizations that promote abortion, birth control, homosexuality and even Marxism,” according to its latest report on its website.

After renewing its grant guidelines in 2010, CCHD has been more vigilant, resulting in cut grants for some groups.

For the 2012-2013 funding year, 214 organizations received more than $9.1 million from grants, according to Catholic News Service. The CCHD church collection is typically the weekend before Thanksgiving, Nov. 17-18 this year.

McCloud said there have been discussions on whether CCHD needs stricter guidelines to eliminate confusion on eligibility. Part of the problem, he said, is the sudden appearance of marriage amendments on organizations’ agendas.

“That’s a virtue when you’re able to work across different types of lines and come together to work on an agenda that deals with persons who are in poverty. That’s important to us. But to work with organizations who are working against some of the things that we’re teaching, the tradition that we have — we just have no tolerance for that.”