A group of men from a northwestern Ontario First Nations community are suing a Winnipeg-based Roman Catholic order and others to seek redress for alleged sexual abuse they suffered at the hands of their community priest as young boys. 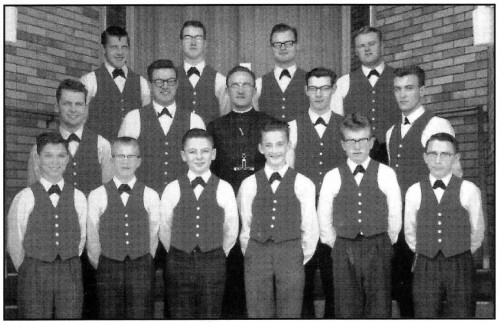 The six men from the Lac La Croix First Nation near Fort Francis seek unspecified financial damages from the federal government, a Catholic diocese in Thunder Bay and the order of Les Oblats de Marie Immaculee du Manitoba, along with a priest who lived and worked on the reserve in the 1960s.

In separate statements of claim, each alleges his life has been deeply and negatively affected by the aftershocks of sexual assaults he was subjected to — abuse the men say they felt powerless to speak out about given the priest’s position of power in their small community.

One man states that when he was 10 or 11 years old, the priest took him to his on-reserve home several times during the summer months and anally raped him. The behaviour continued until he was 13 or 14, the now-56-year-old says.

The other men make similar claims, one alleging he was abused more than two dozen times at the priest’s home and in a schoolhouse room. Another claims he was assaulted by the priest in a hotel room during a trip to Minnesota.

The allegations have not been proven, and no statement of defence has been filed. No court date has been set to test the men’s claims.

The men state the Order and the Thunder Bay diocese should be held indirectly responsible for the actions of the now-late priest, who was a member of the order and an employee of the diocese, their lawsuits say.

“The Order and the Diocese held out (the priest) as an individual that embodied the values of the Roman Catholic faith such that it was implied that he could be trusted and that he would do no harm,” one lawsuit states.

The two organizations should have known there would be a “power imbalance” given the emphasis the faith places on obeying the wishes of its clergy, and the power the priest had over the “immortal souls” of the faithful in the community.