Opposition to female ordination and the prohibition on marriage for priests are among the factors causing an exodus from the Catholic Church.

For decades she had challenged the Catholic Church, arguing for women’s ordination, the right of priests to marry and accountability in repeated sexual abuse crises. 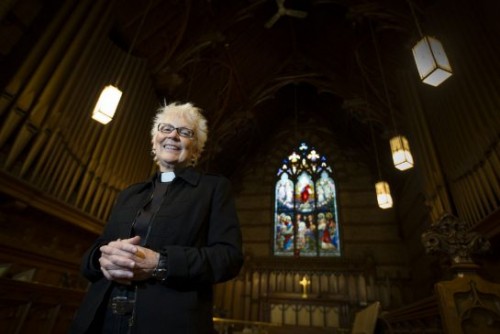 So Manning, once the public face of the reform movement in Catholic Canada and a persistent burr in the side of the church establishment, decamped a decade ago.

She is now a priest in the Anglican Church.

“I did go through a period of grieving for the loss of the vision I’d grown up with after Vatican II,” says Manning, now 69, referring to the 1962-1965 council to modernize the church. “But the church hierarchy had shut down and retreated . . .”

Critics say the Catholic Church hierarchy is disconnected from many if not most of its followers on issues of reform. Theologian Hans Kung writes that a recent poll in Germany shows 85 per cent of Catholics say priests should be allowed to marry, 79 per cent say divorced persons should have permission to remarry in the church and 75 per cent favour ordaining women.

“There’s a catastrophic shortage of priests, in Europe and in Latin America and Africa,” Kung wrote in the New York Times last week. “Huge numbers have left the church or gone into ‘internal emigration,’ especially in the industrialized countries.”

Around the world there are 49,000 parishes without a resident priest pastor.

The question, says Kung, author of the forthcoming book Can the Church Still Be Saved? , is whether cardinals, gathering to elect a new pope — likely in the next 10 days — will discuss progressive issues, or be “muzzled, as they were at the last conclave, in 2005, to keep them in line.”

In the sprawling diocese of London, 42 Catholic churches — including half those in Windsor — closed between 2006 and 2008. About one-third of the remaining parishes are “clustered” or share a priest. Declining attendance, the shortage of priests and the high costs of maintaining old buildings have all contributed to the shuttering, says Connie Paré, the diocese’s director of pastoral planning. “It was a very painful process.”

Speaking from her Bloor West home, Manning recalls of her break with Catholicism that she “had put too much energy into something in which I could see no future.” Her spiky white hair, jeans and purple jacket, worn with a clerical collar, contribute to her youthful appearance. “At my age I could no longer give my life over to resisting.”

She looked elsewhere for a place to practise her faith and found, about 10 years ago, San Lorenzo Anglican church on Dufferin St., which has a Spanish-speaking congregation.

“I’d been in exile and alien in my own church,” says Manning, who received horrific hate mail for her views. “Finally, I’d found a place where I was accepted for who I was without having to check anything at the door, including my brain.”

About five years after she joined the San Lorenzo community, Manning, who is single and has two adult sons and two grandchildren, was unprepared when her fellow parishioners suggested she consider the Anglican priesthood. “It was like I was surprised by the Spirit.”

Women have been ordained as Anglican priests in Canada since 1976.

Manning was ordained in 2011. More than half of those who attended the service were Catholic.

Among them was Ted Schmidt, retired teacher, author and former editor of the Catholic New Times. “This was a woman so far ahead of the institutional leadership she would be shot as the enemy,” says Ted Schmidt, a church progressive. “She’s a prophetic person.”

Manning now works as an assistant curate at two parishes, the inner city All Saints Sherbourne and All Saints Kingsway. She finds herself living with a “deep, abiding joy. A place where I can exercise all my gifts.”

She compares her present state to 10 years ago. “My energies were being drained by struggle. I felt a real outsider. I’d been rejected and was on the fringes of the church. Today my energy is so positive, I feel a flowering . . . at my age to have a second chance to do God’s work in the world.”

The Anglican Church has also attracted Catholic men who wanted to marry and raise families as much as they wanted to be priests. The Rev. Canon Joseph Asselin has been the rector of St. Cuthbert’s Anglican Church in Oakville for the past 13 years.

He was raised Catholic — and was a student of Ted Schmidt — and was so committed that as a young person never once missed Sunday mass over 20 years. His mother continues to attend mass up to four times a week.

Asselin was steeped in Catholic social teaching, he says, and was taught to challenge the culture of consumerism and materialism. His experiences in the church were positive. “I was so happy to have healthy role models and mentors.”
But he could never consider being a priest in the Catholic Church. “This could never happen because I always wanted to be a husband and father. Probably, what I find the greatest joy in is being a father.”

He and his wife, Maureen, an elementary school teacher, have a teenage daughter and son, whose photos adorn his church office.

“The Catholic Church is turning its back on a lot of people who have a genuine calling to be priests, and they are the poorer for it,” says Asselin, 49. “No surprise,” he adds, “women can have the same calling.”
He counts many Catholics in his congregation and has married divorced Catholics who do not want to go through painful, lengthy annulments.

“I am able to relate to families here, with all the joys and challenges of being in a family,” he says.
He adds that the Anglican Church has options for men who feel the calling to live celibate lives as monks.

“When you see priests not leading sexually health lives, it saddens me, because they have been asked to a live a life that is not really for them.”

A radical option for Catholic women who feel called to the priesthood is to be ordained in the Catholic Church.
The price is excommunication.

Monica Kilburn-Smith, a 52-year-old Calgary hospice chaplain and mother of two, is a member of the Roman Catholic Womenpriests group, and was ordained in 2008. “The first priests and bishops in our movement were ordained by male bishops in full communion with Rome, who did this out of their own conviction/conscience that it was wrong for women to be refused this sacrament,” she explains.

Pope John Paul II said that the church has no authority to ordain women, using the argument that the first apostles were all men.

Later, Pope Benedict XVI declared that anyone taking in a woman’s ordination was committing a grave sin.

Kilburn-Smith’s St. Brigid of Kildare Catholic Faith Community is growing, she says, with 200 on the mailing list and up to 60 coming to a monthly service held in a United church. By the fall she hopes to say mass twice monthly.

“When women come to mass for the first time and see a woman in vestments and all that represents, on the surface and at deeper levels, it hits them and makes them cry,” says Kilburn-Smith. “It’s not about me; it’s seeing a woman as a person as a representative of God.”

The movement is not just about getting women into the priesthood, but also about a renewed church for the 21st century.

Why not leave the church and join a denomination that ordains women? “To leave women’s voices out just seems wrong,” Kilburn-Smith says.

“If you see something isn’t right, and you feel called in your own faith, why would you go? The Anglican Church changed because women were ordained. It didn’t come from the hierarchy.”