By Dinesh Ramde and M.L. JOHNSON
The Archdiocese of Milwaukee said Wednesday that it will release thousands of pages of documents tied to sexual abuse lawsuits, including depositions with some former top officials. 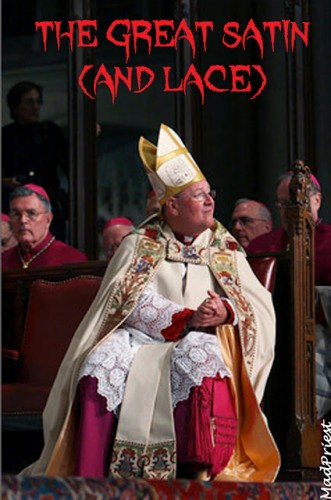 The archdiocese, which had been fighting the documents’ release, made its announcement the day before the matter was to be decided in US Bankruptcy Court in Milwaukee. The archdiocese filed for Chapter 11 bankruptcy protection in January 2011 to deal with about 500 sex abuse claims. Lawyers representing the men and women who filed the claims had been seeking the documents’ release.

The documents include depositions by New York Cardinal Timothy Dolan, who previously led the Milwaukee archdiocese, as well as by former Milwaukee Archbishop Rembert Weakland and retired Bishop Richard Sklba.Victims’ advocates have accused archdiocese leaders of transferring abusive priests to other parishes and concealing their crimes for decades.

Jerry Topczewski, the chief of staff for current Archbishop Jerome Listecki, said the archdiocese will post the documents on its website by July 1.

Topczewski said officials need time to ensure the identities of sexual abuse victims are redacted. The archdiocese also plans to post timelines to provide context for the documents.

‘‘I think what the archbishop has done is say, ‘If this is what’s needed for resolution, if this is going to help abuse survivors, then I’ll authorize their release without the court being involved,’ ’’ Topczewski said.

Dolan, who led Milwaukee’s Roman Catholics from 2002 to 2009, gave a deposition in February in which, his attorney said, he had answered questions about his decision to publicize the names of clergy members who had been accused of molesting children in mostly decades-old cases.