Some time during the next week or so, the Rev. Uriel Ojeda will leave Sacramento County’s Main Jail and join other inmates for a long bus ride to state prison.

Once a rising star in the Sacramento Roman Catholic Diocese, lauded by parishioners for his compassion and faith, the young priest likely will spend at least seven years in the harsh confines of an institution where security cameras and uniformed guards will monitor his every movement. 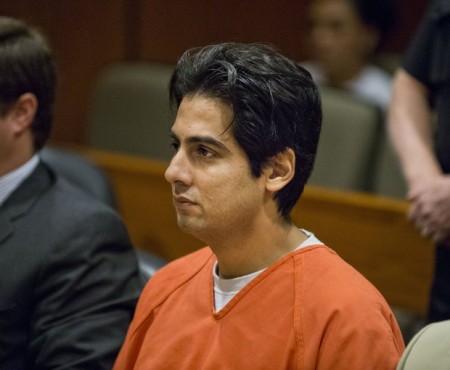 He will be treated “no differently than any other inmate,” said California Department of Corrections spokesman Bill Sessa.

But Ojeda, 33, is no ordinary convict.

Only a few Catholic priests are currently imprisoned in California for child sexual abuse, said Patrick Wall, a former priest and canon lawyer who advocates for victims of clergy abuse from his office in St. Paul, Minn.

“I am aware of only five,” said Wall. He documents such cases along with the nonprofit BishopAccountability.org.

But their numbers are sure to grow in the coming years, he said, in California and across the country.

Nationally, dioceses have found “credible accusations” of sexual abuse against more than 6,000 priests between 1950 and 2011, Wall said. The number is climbing, he said, following years of scrutiny of the Catholic church for its handling of abusive clergy members and a flood of lawsuits by victims.

“Investigators are doing a better job, and more people are cooperating with law enforcement,” Wall said. “There is an understanding now that Catholic priests can and do abuse children.”

Some, like Ojeda, are cutting plea deals in which they admit to felony crimes rather than face trial.

Ojeda’s dramatic downfall, from a beloved parish priest to an admitted child molester, has shaken the Sacramento diocese and many of its parishioners.

“There are those who naively wish we could get beyond the child sexual abuse crisis,” Bishop Jaime Soto said in a recent interview. “But Father Ojeda’s case reminds us that sexual abuse is a real and ongoing problem in the church. We have got to be vigilant.”

Ojeda was charged with sexually abusing a girl beginning when she was 13 years old. The abuse began, according to the girl’s family, when he was a guest at their home and a parish priest in Woodland. It continued over a period of years.

The diocese acted quickly to remove Ojeda from his ministry during an investigation into the accusations, which came to light in November 2011. He pleaded no contest earlier this month, and was sentenced to eight years in prison.

Wall said the diocese “reacted with precision and authority,” and should serve as a model for others facing such crises.

Soto called Ojeda’s fall from grace “very sad,” but said he hoped everyone involved in the case would learn something from what happened.

“Prisons are very dark places,” Soto said. “But I believe that, even as dark as this whole episode has been for the victim, her family, the church and Father Ojeda, God’s grace is going to show itself.”

Prisons can be especially difficult places for people like Ojeda, corrections officials said. Inmates have a caste system that places people who do harm to children “very low on the scale,” said Sessa.

For his own protection, Ojeda likely would be placed in a “sensitive needs yard” when he is outside of his prison cell, said Sessa, limiting his access to the general inmate population.

Ojeda was the subject of a series of articles in The Sacramento Bee after he was ordained in 2007, part of a celebrated group of newly trained priests in the diocese dubbed “The Magnificent Seven” because of the promise they embodied for a rejuvenated clergy.

He has declined to speak to the media since his arrest in November 2011. His attorney, Jesse Ortiz, did not return messages requesting comment for this article.

State corrections officials described Ojeda’s lifestyle once he leaves Sacramento County jail, where he has been incarcerated since his sentencing on Aug 2.

Within a week or so, he likely will be bused from Sacramento to the Deuel Vocational Institution in Tracy, said Deborah Hoffman, assistant secretary for communications for the state Corrections Department. There, Ojeda will undergo a body search, be photographed and fingerprinted, and submit to a swabbing of the inside of his cheek to collect DNA material, she said.

The Corrections Department will spend the next two to three months assessing Ojeda’s physical health, state of mind and criminal acts before deciding where and how to house him for the remainder of his sentence.

Ojeda’s background would make him a strong candidate for a medium security institution, such as Mule Creek in Ione or Folsom State Prison near Sacramento, officials said.

In time, he might be able to work for a nominal fee, cooking or cleaning or doing laundry. He will be allowed regular visitors, usually on weekends. Phone privileges are earned, and conversations are monitored.

Sessa said other inmates likely will know Ojeda’s name and background within minutes of his incarceration.

“There are no secrets in prison,” he said. “You walk through the gate, and the guy in the back 40 knows about it before you get through security. There is almost no way he would come in unnoticed.”

Although Ojeda might minister informally to other inmates and attend Catholic services in prison, “the staff will treat him as an inmate, not as a priest,” Sessa said.

If he abides by the rules, Ojeda’s eight-year sentence could be shaved by 15 percent, according to the Sacramento County District Attorney’s Office. Once released, he would be required to register as a sex offender and report regularly to authorities.

The Sacramento diocese, meanwhile, has begun the process through the Vatican to remove Ojeda from the priesthood forever.