The orders the Rev. Carlos Rodriguez got from his religious superiors after he confessed to molesting a 16-year-old boy just hours before were swift and decisive: Leave immediately. Check into a motel. Don’t tell anyone where you are going. Wait for further instructions.

Rodriguez, then 31, picked up cash at a Catholic retreat center and waited by the phone. The next day, the regional leader of his religious order called and told him to book a plane ticket out of state. By the time the victim’s family went to police, he had checked in at a residential treatment center for troubled priests in Maryland. 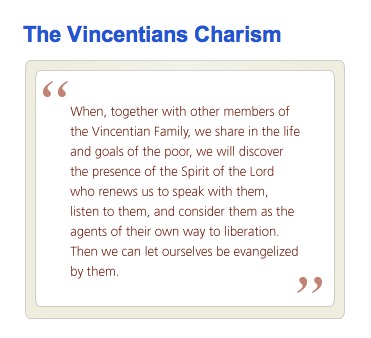 “I felt like a fugitive. But what else could I do under the circumstances. I had no other choice but to follow orders,” he wrote years later in an essay that was included in his Vatican petition to be defrocked.

The essay was part of a 330-page confidential personnel file on the priest that was released Monday along with files for five other priests who were also accused of molesting children while working for their Roman Catholic religious orders — the Vincentians, the Norbertines and the Augustinians — while assigned to parishes in the Archdiocese of Los Angeles.

Rodriguez’s file stands out among the dozens of priest files that have become public in recent months because it includes a candid and detailed autobiographical account of his actions and the steps his religious superiors took to shield him from the family and civil authorities.

The file also makes clear that officials with Rodriguez’s religious order, the Vincentians, and the LA archdiocese worked together to intercede. Both the order and the archdiocese knew of Rodriguez’s confession, but no one spoke with police until the boy’s family filed a police report a month later, according to the file.
“The thing that Carlos Rodriguez does is, he lays out the truth, the underbelly, and exposes that for all that it is,” said Ray Boucher, a lead plaintiff attorney in the clergy litigation who secured the release of the files.

The religious order files are the second set to be released this summer and at least a half-dozen more releases are expected in the coming weeks as religious orders comply with the final terms of a 2007 settlement with hundreds of clergy abuse victims in Los Angeles.

The archdiocese itself released thousands of pages under court order this year for its own priests who were accused of sexual abuse, but the full picture of the problem has remained elusive without records from the religious orders, which routinely assigned priests to work in Los Angeles parishes and schools.

Without access to Rodriguez, the police case dried up and the priest was back at work within seven months, where he molested two brothers beginning that same year. Rodriguez, who was defrocked in 1998, was convicted of that abuse 17 years later, in 2004, and sentenced to prison. He was released in 2008.

Now 57, he lives as a mostly unemployed registered sex offender in Huntington Park, a gritty, industrial city southeast of Los Angeles. He has been accused of abuse in at least five civil lawsuits.

“It still weighs heavy on me,” Rodriguez, who wore a cross around his neck, said on Monday when reached at his apartment. “It’s nothing proud to talk about. I still feel remorse and it still hurts.”

The Rev. Jerome Herff, the Vincentian regional provincial who told Rodriguez to flee after his 1987 confession and placed him back in ministry the following year, said he urged him to leave because the boy’s family was irate and he feared for the priest’s safety. The treatment center, he said, was recommended by a law enforcement authority, although he declined to say who.

“I did what I thought was best and had to be done and what happened, happened,” Herff said in a brief phone interview. “I’ve lived with this for years and I just don’t want to go back there anymore.”

Rodriguez’s troubles began in the summer of 1987, when he took two teenage boys on a trip to the Grand Canyon roughly a year after he was ordained. The three checked into a Holiday Inn in Flagstaff, Ariz., and in his essay, Rodriguez wrote he began molesting one teen after he fell asleep on the floor.

The boy awoke and the novice priest, terrified at being discovered, drove nearly 500 miles through the night to deliver both teens to their families and immediately went back to his parish, where he took a shower and confessed.

The Vincentians sent him to the residential treatment center, where he stayed for seven months. While there, Rodriguez fretted in letters home about the “seriousness of the law in Arizona” that could get him up to 15 years in prison and asked the Vincentians for help gathering character references that could help convince the Arizona prosecutor not to press charges.

When the family finally contacted the Los Angeles police a month later, Rodriguez’s superior told the investigating detective that the “church was aware of the situation and the defendant was currently hospitalized,” according to court papers from a criminal case filed years later.

The victim’s former attorney, Drew Antablin, said his client, who could not be reached for comment, received a settlement in 2007 as part of an agreement with hundreds of plaintiffs in Southern California.

After his release from the treatment center, Rodriguez was assigned to work for the archdiocese’s office of family life in Santa Barbara in 1988 and then to St. Mary’s Seminary in Santa Barbara, a retreat center run by the Vincentians where he served as head of maintenance and grounds.

There were no children there, but with Herff’s permission he began saying Mass at a nearby parish and immediately attracted notice for the attention he paid to altar boys, according to letters and memos in Rodriguez’s file.

He took a leave of absence from the order in 1993 after complaints of abuse surfaced again and the archdiocese revoked his faculties, meaning he could no longer minister — but his superiors soon discovered he was saying Mass at a parish in neighboring Riverside County in violation of his status. In 1996, Rodriguez asked the Vatican to be defrocked and was exiled from the priesthood two years later.

In 2004, he pleaded guilty to molesting two brothers whom he met in 1988 on his first assignment after being released from the Maryland treatment center. The abuse came to light only in 2001, when one of the brothers wrote a letter about it to his parents.

“He used his position in the church and used the victims’ faith as a weapon against them,” said Deputy District Attorney Anthony Wold, who handled the case in 2004. “It was outrageous and unforgiveable.”