Thousands of pages of previously secret documents relating to the abuse of children by Roman Catholic priests in the archdiocese of Chicago was published on Tuesday, detailing the faltering response of senior clerics who routinely swept allegations under the carpet despite clear evidence of wrongdoing. 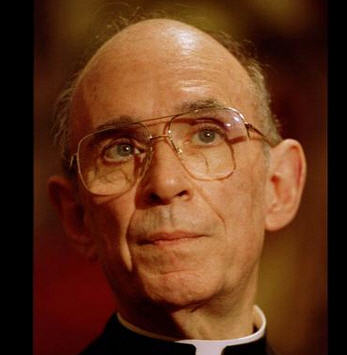 Some 6,000 documents, released as part of a settlement with victims, shed a light on how allegations against priests were acknowledged within the church leadership, but were kept secret as those accused of abuses were shuttled from one parish to another.

Many of the documents describe how church leaders, including the late cardinals John Cody and Joseph Bernardin , would approve the reassignments.

One document, from the vicar for priests in April 1990, warned a church leader not to mention “rumours that have been circulating for the last 10 years” concerning Mark Holihan, a pastor, and “especially to say nothing at all” about an allegation by a cook at the church that she had witnessed him in bed with a young boy.

The same file shows that, four years earlier, Cardinal Bernadin had received a letter warning him of a “potentially dangerous situation” regarding the sexual activities of Holihan and “little boys”. The letter specified an incident regarding “my closest friend’s son” who said he had witnessed Holihan molesting an altar boy. The altar boy later told his mother.

Holihan, who was known by students as “Happy Hands Holilhan”, was subjected to restrictions after the accusations, but was not removed from public ministry until 2002. He was never defrocked by the archdiocese and “laicised himself” in 2008, the documents show.

The documents cover only 30 of at least 65 clergy for whom the archdiocese has substantiated claims of child abuse. The names of victims have been redacted, Vatican documents related to the 30 cases were not included, under the negotiated terms of the disclosure.

The records also do not include the files of Daniel McCormack, a former priest who pleaded guilty in 2007 to abusing five children. McCormack’s case drew an apology from Cardinal Francis George and an internal investigation of how the archdiocese responds to abuse claims.

Marc Pearlman, one of two attorneys acting for victims of abuse by Catholic priests, said at a press conference that the documents reveal the leadership at the archdiocese of Chicago was involved in the “systematic cover-up” of abuse.

Each file, said Pearlman, “shows the same story: reported abuse, reported allegations, the archdiocese working hard to cover-up and keep it secret. The transfer of the priests.”

Taken together, they demonstrated a concern, not for the abused, but that the public would find out that their priests were abusive, he said. “They knew precisely what they were doing,” said Pearlman. “They were not mistakes.”

Among the documents are relatively recent letters from Cardinal George to Norbert Maday, who is in prison serving a 20 year sentence, after being found guilty in 1994 for child sex abuse and threatening witnesse. He was informed by George in a letter written two years later that he would not be dismissed from the clerical state. “You have suffered enough by your present deprivation of ministry and your incarceration,” George wrote.

Another letter from George to Maday, on 4 February 2002,informs him that the archdiocese had tried, unsuccessfully “a number of avenues to see if your senten ce might be reduced or parole be given early”.

Cardinal George apologised to victims and Catholics, in a letter distributed to parishes last week. He and said the archdiocese agreed to turn over the records in an attempt to help the victims heal.

On Tuesday, he released a statement, saying it knows it “made some decisions decades ago that are now difficult to justify” and that society has evolved in how it deals with abuse. George said that while the detail in the documents is “upsetting” and “painful to read”, it is “not the Church we know or the Church we want to be”.

The statement, which apologised to the victims and their families, read:

The Archdiocese acknowledges that its leaders made some decisions decades ago that are now difficult to justify. They made those decisions in accordance with the prevailing knowledge at the time. In the past 40 years, society has evolved in dealing with matters related to abuse. Our understanding of and response to domestic violence, sexual harassment, date rape, and clerical sexual abuse have undergone significant change and so has the Archdiocese of Chicago. While we complied with the reporting laws in place at the time, the Church and its leaders have acknowledged repeatedly that they wished they had done more and done it sooner, but now are working hard to regain trust, to reach out to victims and their families, and to make certain that all children and youth are protected.

Officials in the archdiocese said most of the abuse in the released files occurred before 1988, that none occurred after 1996 and that all the cases were ultimately reported to authorities.

The lawyers for the victims said that many of the allegations emerged after George headed the diocese in 1997. Some of the documents, in particular a letter from George to Maday in 2002, clearly related to how the church handled cases much more recently.