Most of the 362 sex-abuse victims who sued the Catholic church of western Montana, saying they were abused years ago by priests and nuns, will get monetary damages from a settlement with the church. 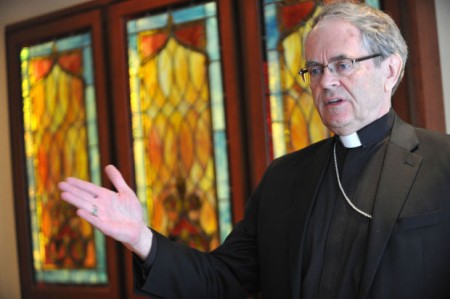 But they’ll see something else they consider vitally important, their lawyers say: Public identification of their abusers.

“They wanted their abusers to be publicly identified and for the Diocese to accept responsibility,” says Tim Kosnoff, a Seattle attorney who co-represents 271 of the plaintiffs in two lawsuits. “By that aspect, I think we’ve succeeded.”

Kosnoff and other attorneys who worked on the cases say more than 50 Roman Catholic priests will be named as sexual abusers of children.

Once the U.S. Bankruptcy Court in Butte approves the settlement, the names of the abusers will be posted on the Roman Catholic Diocese of Helena’s website.

Most, if not all, of these priests are dead, attorneys for the plaintiffs say. The bulk of the abuse occurred from the 1940s through the 1970s, although some happened as far back as the 1930s.

The settlement, if approved, also may include documents that discuss the knowledge of Diocese officials who knew or may have known about the abuse, plaintiffs’ attorneys say. However, these officials won’t be held personally liable.

David Clohessy, director of the Survivors Network of those Abused by Priests, has criticized such settlements for not doing more to identify responsible church officials, saying the “enablers” should be exposed.

Hunthausen lives in a Helena nursing home and Curtiss is a retired archbishop of Omaha, Neb.

The victims filed two lawsuits in 2011 in state District Court in Helena, against the Roman Catholic Diocese of Helena and the Ursuline Sisters of the Western Province, whose nuns ran a school in St. Ignatius. The suits said nuns at the Ursuline Academy and priests in 23 western Montana counties groomed and then abused children in their care, and that the church shielded the offenders or should have known about them.

On Jan. 31, the Diocese of Helena filed for bankruptcy protection, as part of a proposed settlement with the plaintiffs.

The settlement says the church will pay $15 million to the victims and set aside at least another $2.5 million for victims who come forward later.

The agreement also calls for identification of those “credibly accused” of abusing children.

George Thomas, bishop of the Diocese of Helena since 2004, said in a recent interview that a church review board will look at abuse claims, but that he doesn’t expect the church to quibble over the naming of abusers.

“I give the benefit of the doubt to the accuser,” he said. “The one thing I want to punctuate is that I have been committed from the beginning to transparency. There are no names that I will hold in secret.

“If an accusation is made against (someone) and the facts line up, I think the public has a right to know.”