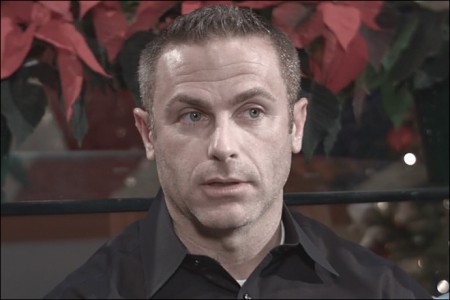 Mark Zmuda, the vice principal who was forced to resign from Eastside Catholic School after marrying his partner in a same-sex wedding, is filing a discrimination lawsuit against the school and the Archdiocese of Seattle.

Zmuda’s attorney, Richard H. Friedman, said the lawsuit will be filed Friday, and a news conference will be held then to announce details.

Zmuda, a popular teacher, coach and vice principal at Eastside Catholic, was forced to resign after officials there learned of his marriage to his same-sex partner.

School officials said Zmuda had violated a signed agreement that his behavior would at all times be consistent with the values and teachings of the Catholic Church. The church does not recognize gay marriage.

Zmuda’s dismissal sparked two petition drives calling on the school to reinstate Zmuda to his post, but school officials refused to do so.

The archdiocese responded to the petitions, which gathered thousands of signatures, with a statement saying that they stood by the decision to replace Zmuda.

“In no way was their goal to be discriminatory to anyone but to be faithful to their mission as a Catholic school,” Archbishop J. Peter Sartain wrote.

Corey Sinser, a 2006 graduate of Eastside Catholic who led one of the petition drives, said Zmuda wants to come back to the school as an educator, but since that is no longer an option a lawsuit is “the next logical step.”

During the period of turmoil from the decision, Eastside Catholic President Sister Mary Tracy resigned.