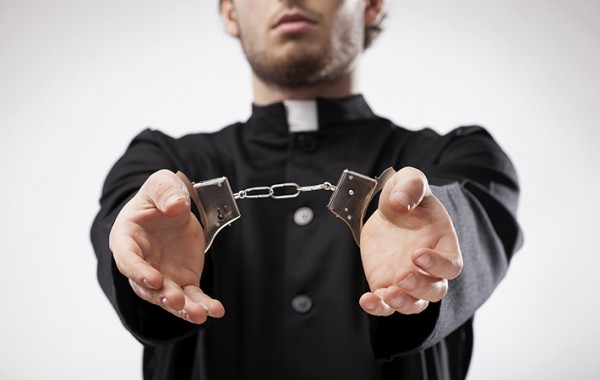 HARRISBURG — State investigators are conducting “inquiries” into child-abuse allegations in Roman Catholic dioceses beyond Altoona-Johnstown, which was the subject of a hard-hitting grand jury report in March, Bruce Castor, solicitor general in the attorney general’s office, said Friday.

The grand jury report said nearly 50 priests molested hundreds of children over several decades in the Altoona-Johnstown Diocese. Castor’s statement in an interview with the Tribune-Review is the first public acknowledgement by Attorney General Kathleen Kane’s office that other allegations are getting a serious review.

“Whether they lead to arrests is an open question,” said Castor, the former Montgomery County district attorney.

Besides Altoona-Johnstown, there are Roman Catholic dioceses in Pennsylvania in Pittsburgh, Greensburg, Allentown, Erie, Harrisburg, Philadelphia and Scranton.

As Kane’s top staffer, Castor said he is “getting updates every two weeks from (the prosecutor) in charge” of the inquiries, Deputy Attorney General Dan Dye.

“This is not surprising,” said David Clohessy, spokesman for SNAP (Survivors Network of those Abused by Priests.) “How can law enforcement not make inquiries about proven, admitted or credibly accused clerics, regardless of where they are in Pennsylvania?”

“Inquiries are good. Investigations are better,” said Clohessy of St. Louis, who has stated publicly he was a victim of abuse by a priest as a teenager.

Catholic priests are no more likely to abuse a child than people in any other group, a spokeswoman for the Pennsylvania Catholic Conference said.

“The church has long encouraged all accusations to be reported immediately to law enforcement. We also have a policy that requires us to remove someone from ministry if there are credible allegations made,” Hill said.

But Terry McKiernan, president of Boston-based BishopAccountability.org, said, “The molestation and collusion revealed in the Altoona-Johnstown grand jury report are certainly problems in other dioceses, but secrecy has so far prevailed. The attorney general’s scrutiny is especially needed in the Harrisburg, Greensburg, and Erie dioceses, each of which have larger Catholic populations than Altoona-Johnstown.

“Clearly a broader investigation by the AG is needed,” McKiernan said.

Jerry Zufelt, spokesman for the Greensburg Diocese, said the size of Catholic populations does not determine the likelihood of priest abuse.

“I would say it’s based on how each diocese handles the cases,” Zufelt said. “We’re very comfortable with how we’ve handled them.”

The diocese has had a “zero-tolerance policy” and forwards every allegation to the district attorney, Zufelt said. It’s had that policy in place since the National Conference of Catholic Bishops’ so-called “Dallas Report” on priest abuse in 2002, he said.

No charges were filed based on the initial grand jury report, though one of the priests mentioned, the former Rev. Joseph Maurizio, 71, of Somerset County, was convicted by a federal jury last year of traveling to Honduras on mission trips to abuse boys. He was also convicted of possessing child pornography and international money laundering. He is serving a 16-year prison term.

Attorney general’s investigators two weeks after the report charged three former religious leaders for participating in a conspiracy that allowed Brother Stephen Baker, a Franciscan friar, to abuse more than 100 children. In 2013, Baker killed himself by stabbing himself in the heart. Many of his sex crimes took place at Bishop McCort Catholic High School in Johnstown. The three former “ministers provincial,” who oversaw personnel within the organization, have denied the allegations. They’ve been held for trial on charges of criminal conspiracy and endangering the welfare of children.

“One important thing that is often left out of these stories is that the Catholic Church does provide support and assistance for survivors and their families,” Hill said. “We have a sincere commitment to the emotional and spiritual well-being of individuals who have been impacted by the crime of childhood sexual abuse, no matter how long ago the crime was committed.”