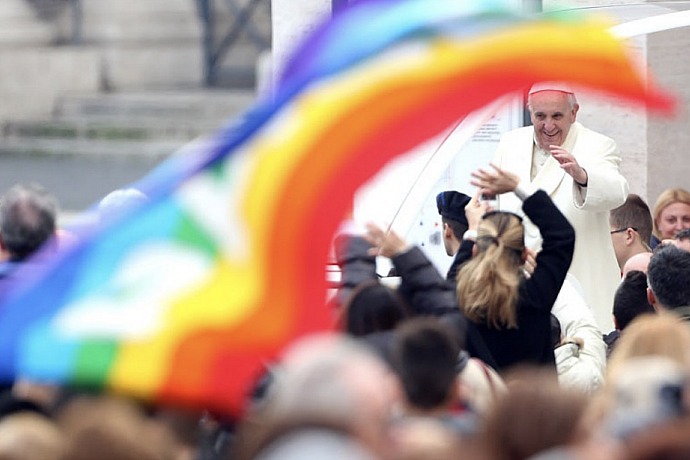 I am not shocked by the Vatican’s recent affirmation of the 2005 ban on admitting gay men to the priesthood. There’s nothing new here. Despite the media and liberal priests’ attempt to portray the “Who am I to judge?” Pope as gay friendly, the truth is the first Jesuit Pope has turned his back time and again on the LGBT community, let alone the many hundreds of gay priests and thousands of gay priests worldwide.

Francis, who does not usually stamp doctrine with his name, did approve “The Gift of Priestly Vocation,” the most recent document by the Church’s Congregation for the Clergy. The use of the word “gift” in this document’s title suggests again that gay men, and consequently, all lesbian, bisexual, transgender, queer and questioning men and women do not have gifts and cannot contribute to the spiritual life of their Church.

Whether one considers the papacy of Saint John Paul II, Pope Emeritus Benedict XVI, or the Jesuit Francis, the truth is that these men are uncomfortable with accepting God’s plan for creating LGBTQ people in God’s image and likeness. They have returned to warped interpretations of the Hebrew and Christian testaments, they have misused the writings of Saint Thomas Aquinas. These Popes have redirected the faithful time and again back to the official teaching of the church, the Catechism of the Catholic Church. They have preferred intolerance, and contradicted their years of mercy, all in an effort to support a medieval theology, one that is neither prudent or befitting the example of Jesus.

While the Pope tackles discernment, the environment, and gender theory, he and his Church remain confused about pressing social issues facing human relationships and human families. Pope Francis supports the flawed thinking that allowing gay men to become priests will have “negative consequences.” Thus, Pope Francis remains especially confused about gay people. But so do many of his cardinals, one who told a gay Jesuit friend of mine that: “I have never met a gay person in my lifetime.” This gay Jesuit was his protégé!

As such, it is no wonder that millennials and other members of our society turn to the Supreme Court of the United States of America for moral guidance, or to Starbucks for communion and table fellowship.

And once again, the authors of “The Gift of Priestly Vocation” erroneously lump gay men and pedophiles together, warning: “The greatest attention must be given to the theme of the protection of minors and vulnerable adults,” and continue: “being vigilant lest those who seek admission to a seminary or a house of formation, or who are already petitioning to receive Holy Orders, have not been involved in any way with any crime or problematic behavior in this area.”

Hasn’t the Church learned enough from this sin?

As a gay Jesuit I lived a celibate life for ten years among many accomplished and critically acclaimed gay priests and brothers, many who worked as, or aspired to work as, theologians, authors, high school presidents and teachers, social workers, therapists, college professors, nurses, doctors, and parish priests.

I lived with these men in community, and served with them in countries like Bolivia, Brazil and the United States of America. Some of these men were afraid of their own shadows, others were hurt by the Church’s millennia of anti-gay theology, but longed for a time when the Church would not contribute to the homeless rate for LGBTQ teens (some 400,000 in America alone). Others sought to work in countries like Russia or Uganda that criminalize same-sex desire, wanting to work as missionaries among sexual minorities.

Without gay Jesuit priests and brothers, who give their time and their talents despite the Church’s demonizing them, Jesuit high schools, universities, clinics and parishes would suffer. Consider more, the countless number of heterosexual couples that these gay Jesuits and other gay priests generally counsel and advise pastorally on how to live and be sacramentally married.

It is sad that these gay Jesuits, including some very influential and very powerful priests, who staff the seminaries in Rome, who are bishops, who speak on television, who counsel our politicians, who work with Hollywood’s elite, are reduced in this recent document to such negative labels: men with “deep-seated homosexual tendencies” and men who “support the so-called ‘gay culture.”

Pope Francis, the first Jesuit Pope, who shook the world with his gentleness and humility, is becoming a holy letdown for the most marginalized and the least in the Roman Catholic faith. LGBTQ men, women and children deserve more. That more would be magis, the Jesuit term for exercising deep human relationships, and a term that describes the experience of finding God in all things (aka human flourishing).

To those LGBTQ Christians who were “encouraged” by allies to hope for small change in their Church in their lifetime it is time to discern taking your time and talent and mostly your treasure to another congregation.

These days I pray about what will become of Mother Church when gay men stop hearing God’s call to become priests, and when the LGBTQ community stops helping to rebuild churches, or Catholic institutions with their donations.

Without the many gifts of gay priests and brothers what would become of the likes of St. Ignatius of Loyola (Chestnut Hill), St. Francis Xavier (New York City), DeSmet Jesuit High School (St. Louis), Georgetown (Washington, D.C.) or the Rock Church (Kansas City)?

To those closeted gay priests and seminarians who consecrate the Eucharist and who pray for peace and mercy, the time has come to, as Jesus did, to flip the tables in places of worship, to come out. Be the voices crying out in the wilderness, pray for the courage to virtuously identify yourself as gay, to no longer practice the Church’s policy of “don’t ask, don’t tell.” 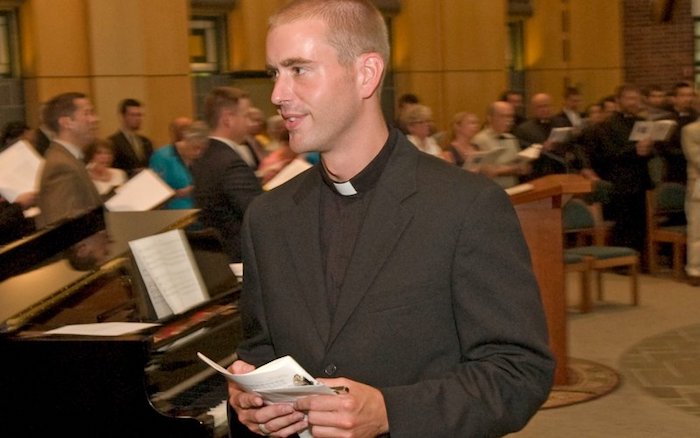