The story of one man I knew, and the uneasy secret he hid from the church he served. 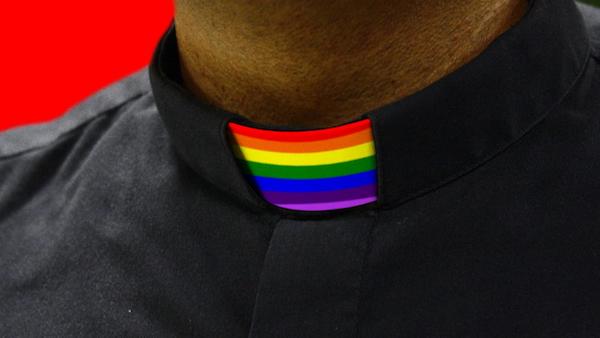 The report is thinly-sourced, and thus far, Vatican officials have refused to confirm its validity. The Daily Beast was able to confirm that Capozzi no longer works at his old position, and an anonymous senior Vatican official confirmed to The Catholic Register that “multiple sources” have told them the story is true.

Less-than-stellar sourcing aside, the story spread like wildfire across social media, and many in the gay community were quick to shame and jeer Capozzi for his hypocrisy. My own Facebook feed was filled with friends ruthlessly mocking him, saying he deserved what he had coming. These are my same gay friends who are unabashedly proud and open about their wild sex lives, friends who have been to plenty of drug-fueled orgies themselves. But I didn’t have the same reaction, because the news reminded me of a lovely man I knew. He was nowhere near the corridors of the Church’s senior officials, and his case was markedly different from that of this secretary, but his story constantly reminds me that we shouldn’t be so quick to judge the sex lives of others—provided it involves consenting adults—no matter the person’s profession.

I went to a Catholic school, even though my family wasn’t Catholic or even Christian. It was run by a very conservative order, one that was incredibly strict and would later become notorious for child sex abuse. There was a parish nearby, unconnected to the school, and that lovely man was the priest there. I didn’t know him at all at the time; he would only occasionally come to school to lead mass, and my Catholic classmates would be sent to his parish periodically for confession.

It was only later in life that I would meet him and hear his story. He had blunt words to say about the men who ran my school: they were assholes and they were creepy. But it was how he came to lead that parish, and what happened next, that captivated me.

Father John* had joined a seminary when he was a teenager. He knew he was different from the other boys because he wasn’t interested in girls. But he had a sheltered upbringing, and given the era he grew up in, he interpreted his disinterest as a calling to join the priesthood, like many young men who felt similarly. Once he had completed his studies, he eventually traveled to Rome, became a full-fledged priest, and returned to Canada to lead a parish.

By that point he was an adult, no longer confined to a seminary, living in a society in the midst of a sexual revolution. He began to realize what made him different: he was gay. But he was too scared to leave the Church.

Pay within the priesthood can vary dramatically—the head of a gigantic American megachurch, for example, can make hundreds of thousands of dollars—but salaries, on average, tend to be small, just enough to cover expenses. Father John had no money of his own. He had no pension, because the Church would house and feed him when he got old. His only education was in theology. He told me he felt stuck. Plus, he enjoyed what he did. Pastoral care is quite like being a social worker, listening to people’s struggles and helping them find a way out. Ironically, he spent his life helping others with their problems without anyone to help him through his own. He never cast criticism on gays from the pulpit and preached only love. He wasn’t a hypocrite.

Secretly, he had sex with men. He’d meet them in the usual spots—parks, peepshows, and the like. He thought he could maintain these two lives separately, as many of us do, balancing a professional career with a sometimes debaucherous private side.

Then, one day, those two lives collided. He became very ill and went to the hospital. He was told he had AIDS. He knew this was a secret he couldn’t keep; the Church paid for his medical insurance, and it would be impossible to work while managing his illness. So he went to his bishop and told him his diagnosis. He wasn’t alone. Many priests acquired HIV and AIDS throughout the 80s and 90s.

The main job of a bishop is to provide pastoral care to his priests, but Father John’s sexuality precluded him from such goodwill. The bishop, John said, was going to do to him what he did to the others—he and his dirty little secret would be sent to a monastery to die alone, hidden from public view. For too long, the Church could simply shuffle pedophiles around and nobody would ever know (or at least they thought). But a priest who handed out communion with Karposi Sarcoma lesions? You can’t hide that from a parish.

Well, Father John was having none of it—he wasn’t going to disappear like the others. He had built up a network of other gay priests over time, and he contacted one, an Anglican who arranged a meeting with his bishop. The bishop told him not to worry. The Anglican Church recognizes Catholic priests, and he would gladly allow him to become a priest in an Anglican parish, doing what he did before as long as he was well, and whenever he got too sick, he’d be looked after.

I only got to know Father John after he’d made that switch. I met him through various religious activities of my own; at first, he was just another Anglican priest to me. It wasn’t until I randomly mentioned where I went to school one day that he revealed the parish where he once worked and we made the connection. He was always a bit sick—he had managed to survive AIDS, but his HIV treatment was never quite enough to make him well again. But, more importantly, his life was secure. He got the chance to continue to say mass, to visit the sick in their homes, to help people find their way, only now, he was able to do so as an openly gay man. He was in my life for a number of years until I moved away and lost touch. The last time I saw him, he was walking down the street, wearing his collar, on his way to give communion to an elderly lady who couldn’t leave her bed. He looked frail and struggled to remember things, but he still had a smile on his face.

Father John was luckier than most other gay Catholic priests. He was fortunate enough to have another denomination in his area that accepted gays, and accepted him. He had the courage to refuse the disgraceful end his first Bishop had in mind for him. He had an easy out.

Others aren’t so lucky, trapped by a choice made in their youth, as scared of the secular world as they are of the institution to which they’re beholden. One only imagines the cycle of despair that could arise. Instead of mocking gays in the Church, whether they’re having sex with other gay men or not, think of this guy instead. Struggling through life, as best he knew how.