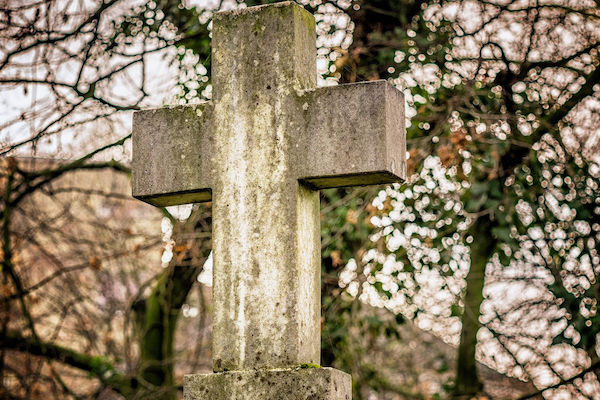 A top aide to Bishop Robert Morino issued guidance to priests in the Catholic Diocese of Madison that critics say could limit the availability of funeral rites within the church for gay people.

Vicar General James Bartylla emailed a newsletter to priests earlier in October, with the bishop’s approval, that says rites “may be denied for manifest sinners” if they would cause unavoidable “public scandal of the faithful,” the Wisconsin State Journal reported this week.

The message laid out a series of “general considerations” for priests to keep in mind if asked to perform Catholic funeral rites by a deceased person’s family or same-sex partner, including whether “the deceased or the ‘partner’ was a ‘promoter of the gay lifestyle.’”

The “attitude” of the deceased’s family members, especially toward the church, and whether the deceased person showed “some signs of repentance before death,” also were cited as prominent considerations.

“My short answer to pastors and parochial vicars in these cases is to think through the issue thoroughly and prudently,” Bartylla wrote in the email. “The pastoral task is to minimize the risk of scandal and confusion to others amidst the solicitude for the deceased and family.”

Diocese spokesman Brent King in emails to the newspaper stressed what he described as the advisory nature of the vicar general’s message.

“The only word used in Saturday’s email was ‘consideration’ or ‘considerations,’” King said. “There were no directives, bans, or even real guidelines. other than what is written in canon law. If there was any directive, it was, ‘Think through the issue thoroughly and prudently.’”

The newsletter said any surviving partner “should not have any public or prominent role” at any church funeral rite.

It also said there should be no mention of the surviving partner’s name and no reference to “the unnatural union” in “any liturgical booklet, prayer card, homily, sermon, talk by the priest, deacon, etc.?…”

An advocacy group for lesbian, gay, bisexual and transgender Catholics said the message only served to distance LGBT people and their families from the church.

“This document is the very antithesis of pastoral care,” Marianne Duddy-Burke, executive director of DignityUSA, said in a statement . “It shows that this bishop believes that lesbian and gay people who have lived a deep commitment to a spouse or partner should be demeaned even in death. Our families could be refused the sacraments of our faith at the moment of their greatest grief.”

A diocesan statement criticized the public airing of Bartylla’s message, which emerged through the Minnesota-based progressive Catholic blog Pray Tell.

“Those who place at risk the ability of the bishop to communicate with his priests confidentially do a grave harm to the Church and perform, indeed, what Sacred Scripture calls ‘a work of darkness,’” the statement said.