“It is interesting to note that the most irrational, indeed hysterical, reaction to PA grand jury report is coming from conservative Catholics. They are singularly incapable of making a cogent argument, so all they do is vent like little boys,” the Catholic League argued Friday. “They are a pitiful lot.” 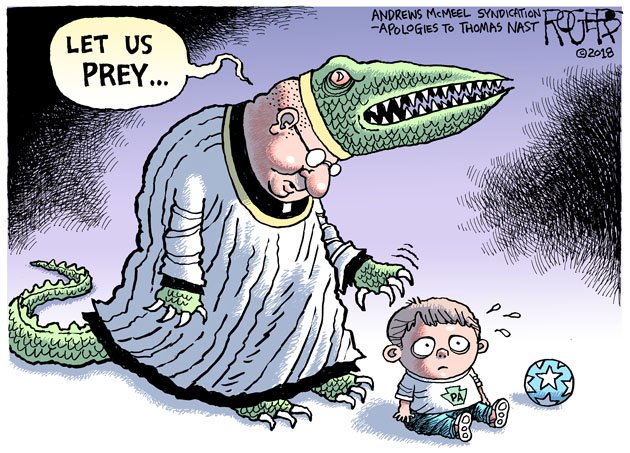 “Yeah, can’t believe Hugh Hewitt Marc Thiessen and others object to credible & detailed allegations of widespread molestation and rape of up to a thousand minors by priests and other clergy, with the subsequent and systematic coverup by the Church,” Tapper replied, citing two conservative Catholics who were alarmed by the report.

Hewitt has pledged that he will not donate “one dime” until Cardinal Donald Wuerl is gone, because such tithing “is exactly like contributing to legal defense fund of accomplice to child rape.”

“If any CEO uncovered 19 child molesters/pornographers in his or her company, didn’t report 18 of them to law enforcement, kept them employed in new jobs where CEO thought ‘Probably won’t rape another child,’ would he/she still be CEO after reveal?” Hewitt asked, in a thought exercise for “the deniers.”

Thiessen has also tweeted calls for Cardinal Wuerl to go and said that, “The bishops not only failed the victims but have also scandalized the church, undermined its teaching authority and driven countless people away from Christ.”

Bill Donohue, the president of the Catholic League, released an 11-page statement (PDF) claiming to “debunk” the grand jury report.

While Donohue’s organization attempted to defend the sexual assault detailed in the grand jury report, the Vatican on Thursday expressed “shame and sorrow.”

“The Catholic League can’t possible embarrass and injure the Church as much as Wuerl and other prelates have, but every now and then they give it a try,” Hewitt responded. 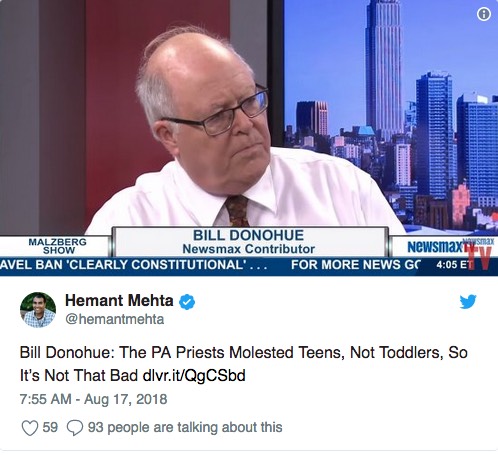