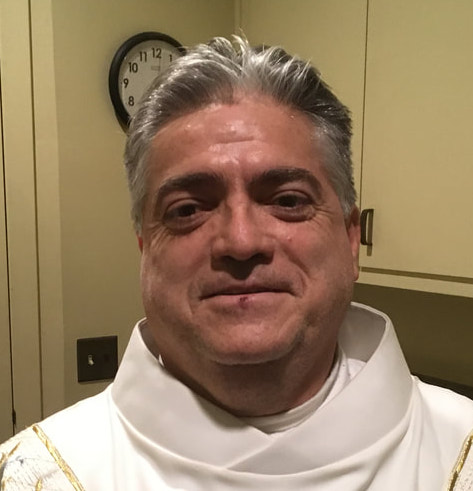 When Oscar Diaz, a 56-year-old Santa Rosa priest, crashed his car on June 19 and broke his hip, he told medics that “there were bags of money which he described as his salary” in the vehicle, Bishop Robert Vasa of the Diocese of Santa Rosa wrote in a letter last week. But because there was so much cash, hospital staff got police and Catholic church officials involved. The diocese said officials counted $18,305.86 in the bags from the car, and found it was collected from Resurrection Parish.

“At that moment I decided to allow the police to pursue the case wherever it went,” Vasa wrote, but he added that “after a brief investigation and several interviews, the police determined that the protocols surrounding collection accounting were so poor that it would be very difficult if not impossible to arrive at proof of theft.”

Authorities returned the money to the Diocese of Santa Rosa, which wrote a check for the full amount to Resurrection Parish, Vasa said. Church officials searched Diaz’s desk and the rectory, where they found even more security bags of cash that “show systematic theft at Resurrection Parish from September 2018 through June 2019” totaling around $95,000 from various parishes, according to the bishop’s letter.

Vasa said that “there were and are a whole series of emotions which range from fierce anger, to sadness, to confusion, to shock and even to fear. Now, over four weeks later these same feelings are present.” Vasa added in a news release on Monday that Diaz “is presently suspended from priestly ministry” and “his future is uncertain.”

Vasa said that on June 29, he went to see Diaz as he recovered in the hospital and told him he’d be prosecuted and put on administrative leave.

“Father Oscar admitted that he had taken the Collection bags and had been doing so for some time. He made other admissions as well,” Vasa wrote. “I expressed to him my deep sadness, anger and dismay that he had so seriously violated the trust given to him by the Diocese, by the Parishes, and by the parishioners.”

Vasa said that his conversation with Diaz left him “even more determined at that time to proceed with filing charges and proceeding with a criminal prosecution,” but he then learned it would cost $5,000 and more to hire a fraud examiner.

“I have no idea what such an investigation would cost,” Vasa wrote. “While I am willing to have Father Oscar face prosecution I do not know that I want to expend additional money for a prosecution which brings no additional benefit to either the Diocese or the parishes which are victims of his crimes.”

Vasa wrote that, “to his credit, Father Oscar has been very cooperative with me in obtaining the records I need to establish some estimate of the full extent of theft.”

The Diocese of Santa Rosa ordained Mexico-born Diaz in 1994, and he celebrated his 25th year as a priest this month, Vasa said.

“I am not opposed to punishment but after reflection, prayer, discussion and soul searching I have begun to question whether my desire to have police involvement is a genuine desire for justice or much more akin to an angry response,” Vasa wrote. “One reason for pursuing prosecution would be to send a message to any in the Church who may be tempted to do what Father Oscar has done … Yet, Father Oscar can be suitably punished by the Church in a way which will send an equally strong message.”

Earlier this year, the diocese in Santa Rosa released the names of 39 clergy members who had been either convicted of sexual abuse or credibly accused of it in cases involving around 100 kids, SFGate reported. Vasa wrote last week that he thought of the church-wide sex abuse scandal as he considered how to handle the situation with Diaz.

“Initially, I had the fear of being accused of ‘cover-up’ which is very much a theme directed at the Church as She continues to deal with allegations of child sexual abuse,” Vasa wrote, but said that his letter to the parish and press release this week show he has “absolutely no intention or desire to engage in any form of ‘cover-up.’”

Vasa did not rule out some form of legal action.

“It may happen that the individual parishes involved may desire to file charges and pursue prosecution. I could not oppose such an action. It is the parish’s right to do so,” Vasa wrote. “I would however advocate for mercy.”