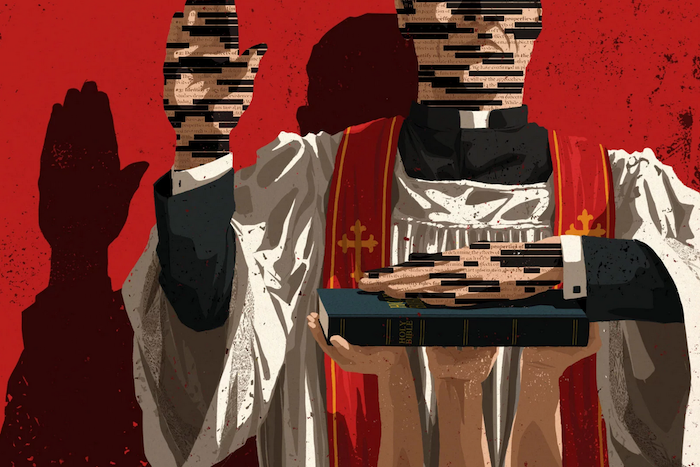 Over the last year and a half, 178 U.S. dioceses serving 64.7 million Catholics have released lists of priests “credibly accused” of sexual abuse. However, the problem with these lists is that they exist independently of one another, with no consensus as to what makes an accusation credible. This lack of organization makes it difficult for members of one parish to get a full picture of past accusations, leaving surviving victims feeling as if their abusers are still hiding in plain sight, with potential victims ignorant of past allegations. In order to address this problem, ProPublica combed through all existing abuser lists released by dioceses and organized them into one searchable master list.

In 2018, a Pennsylvania grand jury report listed hundreds of priests accused of abuse across the state as part of a sweeping investigation, which prompted dioceses across the country to release similar lists. One of the major problems with these lists, according to ProPublica, is that there is no standard for what constitutes a credible allegation, leaving many abusers unnamed. For example, in February 2019 Larry Giacalone was paid a $73,000 settlement by the church after coming forward to name his alleged abuser, a priest by the name of Richard Donahue. However, when the Boston Archdiocese released its list of names soon after, Donahue’s name was missing. After facing pressure from Giacalone’s attorney’s the priest’s name was added to the “unsubstantiated” portion of the list.

Decisions about how and whether to form and release these lists are left to individual dioceses. And while the U.S. Conference of Catholic Bishops can offer suggestions and guidelines, a spokesperson for the organization, Chiedo Noguchi, explained that ultimately bishops answer to the pope, not the USCCB:

“Recognizing the authority of the local bishop, and the fact that state and local laws vary, the decision of whether and how to best release lists and comply with varying civil reporting laws have been the responsibility of individual dioceses.”

This lack of guidelines makes it much more possible for abusers to hide, even after public allegations, and churches are able to divide cases into “credible” and “incredible” with no input from courts or law enforcement, according to the ProPublica report:

“The Archdiocese of Seattle, which released its list prior to the grand jury report, began by dividing allegations into three categories: cases in which priests admitted the allegations or where allegations were “established” by reports from multiple victims; cases that clearly could not have happened; and cases that fell into a gray area, like those that were never fully investigated at the time they were reported. The archdiocese decided it would name priests whose cases fell into the first category and leave out the second group, but it sought additional guidance on the third set of cases.”

In many cases, dioceses also leave off the names of priests who have died since being accused, and 41 dioceses serving nine million U.S. Catholics have yet to release any lists whatsoever.

In order to better organize and distribute information about sexually abusive priests, ProPublica has organized all 178 of the existing lists into a searchable database, allowing users to search by priest name, parish, or diocese. The more accessible list enables searchers to track priests who appear on multiple lists, a feat that proved incredibly difficult when information was scattered.

However other groups, like Bishop Accountability, say there is much more work to be done. The group forms its own list of accused priests based on court and church documents as well as news reports and includes 450 names from dioceses that have failed to create their own lists. Furthermore, accusations against orders like Jesuits, members of their own order who often work in parishes and schools, are often not included in any lists, as they are technically outside the diocese. According to Jerry Topczewski, chief of staff for Milwaukee Archbishop Jerome Listecki, the task of counting up every single abuser who has or may be committing sexually abusing prisoners is simply too difficult:

“At some point you have to make a decision,” Topczewski said. “Someone’s always going to say your list isn’t good enough, which we have people say, ‘Your list is incomplete.’ Well, I only control the list l can control and that’s diocesan priests.”

But David Clohessy, who led the Survivors Network of those Abused by Priests for 30 years, says that putting together better, more accessible lists isn’t nearly as difficult as Catholic authority figures are making it seem:

“They continue to be as secretive as possible, parceling out the least amount of information possible and only under great duress,” Clohessy said. “They are absolute masters at hairsplitting — always have been and still are.”