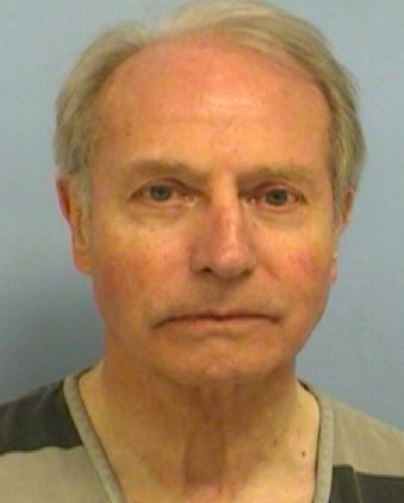 Three women have settled a lawsuit against an Austin priest who was found guilty last year of groping a woman while performing her last rites.

The lawsuit was filed last month against the Rev. Gerold Langsch, 76, and the Secular Institute of Schoenstatt Fathers, which operates St. Paul’s Catholic Church, where Langsch previously worked.

The lawsuit alleged that Langsch used the application of holy oil as a ruse to grope women. Langsch has previously declined to comment on the allegations.

“The lawsuit and claims by these brave, wonderful women against the Schoenstatt Order and its priest were mediated and successfully resolved,” said their attorney, Sean Breen. “I am so proud of and happy for each one of them and so grateful for our system of justice.”

The parties involved in the lawsuit did not share the settlement amount.

Langsch was found guilty in June 2019 of a charge of assault against an elderly or disabled person, and he was given two years’ probation and ordered to pay a few thousand dollars in fines, court documents show. The court judgment also prohibits him from any ministry participation.

Langsch served as the pastor of St. Paul Parish in Austin from December 2015 to February 2019. The Diocese of Austin has said that Langsch was removed from the parish eight days after receiving a report unrelated to his arrest that stated he had failed to maintain proper boundaries with an adult.

One of the women who filed the lawsuit, whose report led to Langsch’s arrest in March 2019, reported the assault to Austin police in October 2018 soon after it happened, according to Langsch’s arrest affidavit. The woman had been ill and Langsch performed her last rites. The woman later survived her illness.

The woman knew Langsch prior to the assault, Austin police investigators said. When he arrived to perform her last rites, he used a bottle of holy water to anoint the woman’s chest three times, before he pulled out a separate bottle of lotion and began to apply it to her chest.

Langsch massaged and pinched the woman’s breast while asking, “Does that feel good?” the affidavit says. He also tried to put his hand down her pants, the documents says.

By the time Langsch was found guilty, other women had reported to the police that he “had breached boundaries or inappropriately touched them,” according to a statement that the Diocese of Austin released last month.

The second woman named in the suit said that Langsch put his hands down her back, under her shirt, also using oils. The third woman said Langsch offered to pay her $100 to apply the oils to her naked body.

The suit also alleged that in 2017 St. Paul’s Catholic Church received a report from a fourth unnamed woman who said Langsch touched her chest under her shirt. That woman was not a plaintiff in the suit.

The woman spoke to another priest to report the assault, and he “brought out a picture of Father Langsch, and the victim positively identified Langsch as the perpetrator,” the suit said. “Despite the report, Langsch continued to operate as head pastor of St. Paul’s.”

Austin police Lt. Patricia Cruz, who works in the Sex Crimes Unit, said police are not required by law to report assault allegations against priests to their local diocese.

Officials with the Secular Institute of Schoenstatt Fathers also refused to answer questions about the earlier allegations against Langsch and also released a separate statement.

“We ask for continuing prayers for everyone involved that they feel God’s consoling presence as all who were affected by this heal and rebuild their lives,” the institute’s statement says. “We remain committed to caring for all those entrusted to us.”