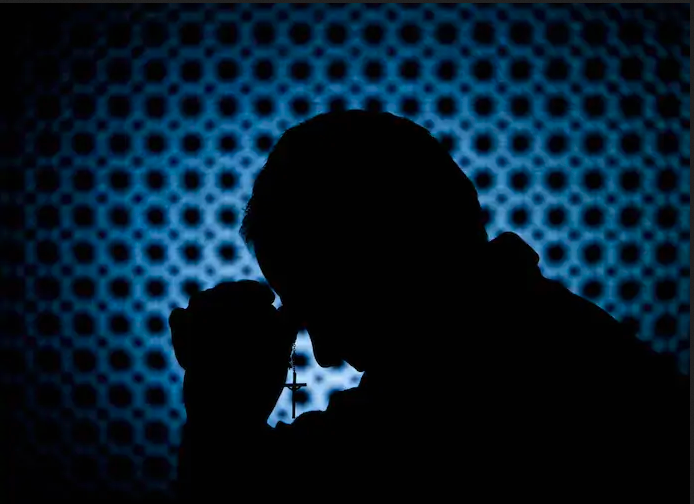 Decades before there was a “bombshell Vatican report” about ex-cardinal Theodore McCarrick, before there was the 2020 fall meeting of U.S. bishops discussing whether the best reaction to the report is more prayer or more focus on sin, there was a mother with a stack of letters, trembling hands and a secret.

The report, released last week, devotes 10 full pages to the woman it calls “Mother 1.” It describes what is apparently the first time a person tried to alert church authorities about a cleric who she had come to believe, when she sent her anonymous letters in the 1980s, was a danger to multiple boys in her family. Nothing came of the letters she said she sent to every U.S. cardinal and the Vatican’s D.C. ambassador about McCarrick, who would go on to rise to become archbishop of Washington and a cardinal, despite persistent allegations of sexual misconduct that went all the way to three popes. It would take decades for the cleric who charmed presidents and celebrities to be accused of sexual mistreatment by nearly 20 boys and men, charges that would rock the church all the way to Rome.

The unprecedented, 461-page investigation that the Vatican released on Nov. 10 marked the church’s most significant attempt at transparency in the case of a high cleric. And it led this week to the U.S. bishops, at their semiannual meeting, coming “face to face with the failures of the past,” Archbishop José Gómez, president of the U.S. bishops conference, told the group Tuesday.

But Mother 1, now in her mid-80s, stranded alone in her apartment by the pandemic, doesn’t have real expectations for anyone to be held accountable for McCarrick’s rise. The report, she told The Washington Post in her only interview, came too late for her extended family. Pain spinning out from McCarrick’s treatment of multiple young males in the family, she said, has already carved out deep divisions and destruction; secrets and denials have already had their way.

“As far as my family goes it’s not important,” she said of the report. And as far as the bishops this week discussing reform? “Buzzwords like transparency, compensation, accountability, responsibility. … I don’t believe the Church will let these ‘notions’ get very far,” she emailed The Post. “The institution before the people!”

But she did pause at times during an interview to consider the faint possibility that the report’s hundreds of pages of facts and documentation could bring some measure of healing in her family. I wish, she says, “that those who have doubts about [McCarrick] will know the truth.”

With the males in her family alleging harm by McCarrick unwilling to be identified, Mother 1 spoke on the condition that she not be named. Several of the men were interviewed for this McCarrick report as well as for a previous investigation that led to McCarrick’s defrocking last year.

The family had met McCarrick in the 1970s, before he was a bishop, through their parish priest. He quickly became close to them, coming over weekly, Mother 1 testified in the report. He would sometimes celebrate Mass there and bring the children trinkets from his travels. As they grew, he’d sometimes bring over other Catholic boys, “who recounted enthusiastically the fun they had on overnight trips with him,” the report reads.

The trips became an exciting privilege for her boys from a devout, working-class family. However, Mother 1 became alarmed, she said, when she heard about the sharing of beds, and when she saw how McCarrick pressured some of the teens to go away with him. One, she said in her testimony, was in tears because he wanted to attend a dance instead. Another time, she said, she almost fainted as she watched from the kitchen as McCarrick sat on the living room couch with two of her sons, across from their father, with one hand on each boy’s inner thigh, massaging them.

Her husband, she said in an interview with The Post, refused to believe anything was wrong, and couldn’t fathom a holy priest doing anything improper. “You’ve always been a priest-basher,” she said he told her. The husband has since died.

She confronted McCarrick, she testified, and told him “he was not to intimidate” her children. He was cool to her after that but kept up just as much of a presence around her home. She felt helpless.

“Ted McCarrick is the devil in my mind — the devil personified,” she said in an interview. “It felt like there was no getting away from this man’s evil, living in our midst, injecting himself into our family and into other families. It was frightening because there was no pushing him back.”

It was a sunny day in the 1980s, Mother 1 told investigators, when she packed up special pens and paper and envelopes and got into the family car and sneaked away. Telling no one, the homemaker drove more than an hour to the library branch near the bishop’s residence in Metuchen, where McCarrick then lived. There, she handwrote anonymous warnings about the inappropriate touching of boys she saw, and then mailed them to every U.S. cardinal and to the Vatican’s ambassador in the United States.

Yet she felt unsure about what she was reporting, she testified. “She had seen things that made her uncomfortable because they appeared to her to be of a sexual nature, but Mother 1 explained that she lacked the language and understanding to be sure, even though, at the same time, [she] knew he was doing something very wrong.”

In her testimony, she recalled that she used the word “children” and that she had personally witnessed McCarrick inappropriately touching boys.

“Mother 1 stated that the letters did not use the terms ‘predator’ or ‘pedophile.’ As Mother 1 recalled, “I did not have the language to explain it. The letters I wrote used simple terms. I did not use any fancy words,” the report quotes her as saying.

In footnotes, the report quotes one of her sons confirming she told him in the 1990s that she had sent the letters. The report focuses on the hierarchy, not on specific abuse claims, but makes clear that members of the family disagree about whether McCarrick’s behavior was inappropriate or sexual abuse.

Postmarking the letters across the street from McCarrick’s residence was as close as she felt she could get, she told The Post, to directly threatening a powerful cleric who had showed up to one of her children’s confirmations in a helicopter. She wanted the man who she saw multiple times touch boys in her family to know his accuser had been nearby.

“My hands were shaking putting them in the mailbox. I was so afraid he’d open the door and come out,” she told The Post. In her testimony, she said she was driven to warn church leaders. “I wanted to alert all of them as to what was going on.” She wrote the letters, the report says, “feeling pure anger.”

Terrified her sons would pay the price if her act was discovered, the woman said, she told no one for years of her letters. And over time, her faith turned to seething doubt that the church was going to do anything to stop McCarrick, who continued his steep rise to the top of the U.S. church and sailed into retirement, before his case finally exploded into public view in 2018.

One of her sons told The Post that reading his mother’s testimony in the report felt religious. “It made me think of the Gospel. It made me think about how when Jesus was hanging on the cross getting tortured and taunted by the powerful, it was the women and children who stayed with Jesus while our saintly Apostles ran and hid,” said the man, who was interviewed for the report.

The son praised the report as it was written but agonizes over the decades that have passed since his mother’s letters.

The report says no copies of the letters, nor any reference to them, were found in the Vatican’s investigation. A different set of anonymous letters accusing McCarrick of pedophilia were sent to several top U.S. church officials in the 1990s. The letters were in church records and were discussed in the report, and McCarrick himself raised them in the early 2000s with Post reporters writing about the clergy sex abuse scandal. He said he brought the letters to church officials.

“Because I think light is what kills these things. You gotta put them in light,” he told The Post then.

If officials had looked into his mother’s letters, the son told The Post, “there’s a lot of damage that could have been prevented — a lot. A lot of suffering could have been avoided.”

Mother 1 said it was traumatizing to see the report, to see words in print she’d kept to herself for so long. Now she just hopes it might lead to McCarrick facing some kind of justice. But, she said, “I’m not expecting miracles.”