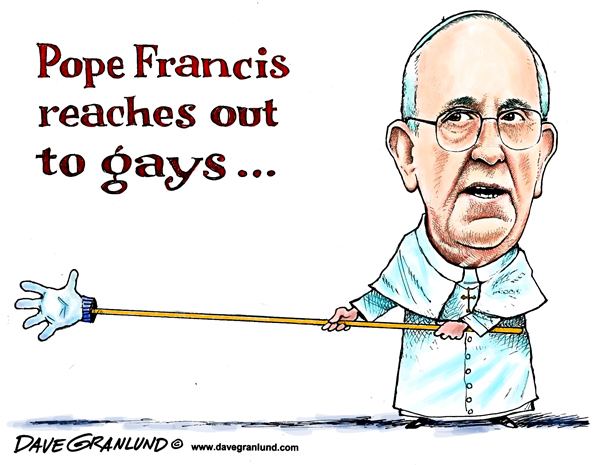 Landon Schnabel, assistant professor of sociology at Cornell University, says while the Vatican’s announcement is in keeping with the views of the church, it does not reflect the opinions of many everyday Catholics.

“This distinction highlights the ongoing tension between elite pronouncements from institutional religious leaders and what everyday adherents believe, which is present across religions but is particularly pronounced in Catholicism as a diverse and global religion with one set of official rules from on high and yet a wide range of beliefs and practices on the ground. Especially on issues of gender and sexuality, there is often a cavernous divide between what the Vatican says and what everyday Catholics think and do.”

Kim Haines-Eitzen, professor of religious studies at Cornell University, says the announcement continues a legacy of conflicts over human sexuality.

“Christianity has been interwoven with debates about gender, sexuality, and the human body from the very beginning. The latest news from the Vatican against blessing same-sex unions continues a historical legacy fraught with conflicts over, in particular, human sexuality.

“From its inception, Christians argued about whether it was better to be married or celibate, whether women could hold positions of ecclesiastical authority, and about rules for sexual relations.

“At stake in this long and troubled history is the paradox of tradition, which is at once conservative and dynamic. Church traditions developed in part through the interpretation of biblical texts, the need for church unity in the face of diversity, and increasingly through the establishment of ecclesiastical law. The decree issued today stands in marked tension with recent efforts toward a more inclusive and expansive Catholicism.”