There are growing hopes that, like many in Europe, Latin American nations will soon launch independent inquiries into historical cases of clerical sexual abuse. 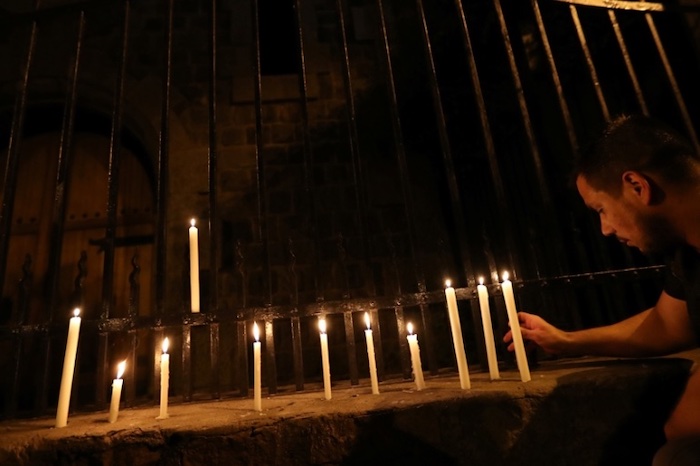 Over the past few years, several countries in Europe have launched new inquiries into the sexual abuse of children by Catholic priests.

Most recently, following the release of new data by the El Pais newspaper, Spain’s parliament approved the creation of an investigative commission led by the country’s ombudsperson, marking an unprecedented move in a Catholic-majority country that had remained largely silent on the issue for years. In France, a national inquiry found last year that an estimated 330,000 children have been sexually abused in Catholic institutions since 1950. Germany held multiple inquiries on the subject in recent years, while Poland, Portugal and the United Kingdom have investigations continuing. In Italy, too, abuse survivors are asking their government to launch a national inquiry, echoing a call made by the UN Committee on the Rights of the Child in 2019.

While this current wave of inquiries in Europe follows in the footsteps of those previously held in countries like Canada, Ireland, Belgium and Australia, there are regions in the world where the political will to expose the truth and deliver justice to survivors remains largely stagnant or non-existent. This is particularly the case in Latin America, home to the world’s largest Catholic population, where no government has yet announced a national inquiry into the issue.

This is despite several estimates pointing to the scale of clergy abuse in Latin America being similar to that in Europe, and the region’s impressive history of conducting effective truth commissions in response to large-scale human rights abuses. But there are growing hopes that Latin American nations, too, will soon launch their own inquiries into historical cases of clerical sexual abuse, and deliver justice to those who have been longing to be heard for years if not decades.

What we are currently seeing in Europe is a domino effect, with one country’s inquiry into clergy abuse prompting another to respond by launching a similar investigation. And this effect is not something new. One of the first abuse inquiries took place in Canada in 1989, followed by similar and even bigger investigations in countries ranging from Ireland to Australia.

So now that more and more countries in Europe appear committed to addressing historical clergy abuse, holding the church to account, and preventing future abuse through new independent inquiries, there is reason to expect similar investigations to pop up in other regions.

There are already some promising signs in Latin America, as independent inquiries into the issue have already been proposed in three countries.

In 2018, a parliamentary commission investigating sexual abuse cases in the education system in Ecuador urged the president to establish a truth commission to look into sexual abuse of minors in schools, including those run by the Catholic Church. Earlier this year, Chile’s Survivors’ Network renewed its longstanding call for a truth commission to be established to investigate human rights abuses in all institutional settings, including the church, in the country. And in 2020, two Mexican senators, Germán Martínez and Malú Micher, bravely introduced a petition in parliament to create an independent commission to investigate clergy abuse.

I was an adviser to the senators whose move came after the emergence of a high-profile sexual abuse scandal in the Congregation of the Legionaries of Christ, a Mexico-based Roman Catholic clerical order, which admitted in 2019 that 175 children has been sexually abused by its clergy over eight decades, including at least 60 at the hands of its founding director, Marcial Maciel.

However, Martínez and Micher’s proposal for an independent inquiry was blocked by the government, whose close ties with Mexico’s Catholic Church mean it continues to protect religious officials even when they are accused of heinous crimes against children. But there is still reason to hope that the tide is beginning to turn in the region, and especially in Mexico.

In Mexico, as in many other countries, one of the biggest obstacles to survivors of child sexual abuse accessing justice is the statutes of limitations applied to such crimes.

Statutes of limitations set the maximum time after an event within which legal proceedings may be initiated. In cases of child sexual abuse, survivors take an average of 24 years or more to come to terms with what happened to them and report the abuse they suffered. This means, by the time most survivors are ready to take legal action, the statutes of limitations have already blocked their path to seeking justice.

In Mexico, however, legal authorities are finally having discussions on the issue and considering taking action to right this wrong and allow survivors access to justice whenever they are ready and able. In January this year, Mexico’s Supreme Court announced that it will soon discuss whether a statute of limitations should continue to apply to cases of child sexual abuse.

While we hope the Court will abolish the statute of limitations for sexual abuse cases, the fact that it is having this discussion is a positive development on its own, and signals that the issue is finally on the national agenda in Mexico.

As such, the time is ripe to pressure the government to stop protecting the Church from scrutiny, and listen to the growing calls for the establishment of a truth commission in Mexico to investigate historical sexual abuse of children by Catholic priests in the country. But it is crucial to ensure that the inquiry would be independent and effective.

National inquiries not only establish an historical truth, but in doing so, they bear witness to the suffering of survivors, invite them to give their testimony and offer them a safe forum in which to recount their experience and be listened to with respect and sensitivity. Additionally, the recommendations of inquiry commissions can lead to long-sought legal reforms and redress schemes that aim to repair the harm suffered.

But not all inquiries are equal – some inquiries are undoubtedly more effective and legitimate than others. So it would not be enough for Mexico to simply launch an investigation into the issue – it also needs to adopt the right approach.

Spain, for instance, initially proposed launching a “parliamentary inquiry” into clergy abuse, but this suggestion led to criticism on the basis that representatives who would take part in the inquiry might not act independently of the political parties they represent. Then it was suggested the Public Prosecutor’s Office could investigate the issue, but this proposal was also not supported by many as it is known that most survivors are reluctant to talk to legal authorities due to trauma, shame and the fear of not being believed. Eventually the proposal for the inquiry to be led by the country’s ombudsperson – an independent official appointed to investigate complaints against companies or organisations – was accepted. While it was undoubtedly the best and most suitable of all proposals, research shows that ombudspersons typically lack the resources to conduct investigations of the scale of a national inquiry.

Rejecting all these options, Spanish survivor and fellow founding member of human rights organisation Ending Clergy Abuse (ECA) Global Justice Project Miguel Hurtado, called for a well-funded truth commission composed of independent experts to be tasked with investigating the issue. Australia has adopted a similar approach in the past, and its Royal Commission into Institutional Responses to Child Sexual Abuse, which ran from 2013 to 2017, is widely considered the gold standard of abuse inquiries to this day.

In Mexico and wider Latin America efforts should focus not only on securing an inquiry into clergy abuse, but also ensuring that the eventual investigation is legitimate, meaningful and effective. An inquiry can also be specific to clergy abuse or have a broader scope and look at child sexual abuse across institutions, including the Catholic Church, as has already happened in many countries. And regardless of what body eventually conducts the inquiry – and the right setup and scope can understandably differ from country to country – the most important thing is to ensure the investigation and relevant proceedings are completely independent.

The Catholic Church cannot legitimately investigate itself, despite the insistence to the contrary by many high-ranking clergy. A common response by Catholic Bishops’ Conferences to national scandals is to announce the creation of a Church-led commission to receive and investigate complaints of alleged abuse. But such initiatives are riddled with accusations that they lack transparency and are institutionally biased, not to mention the Church’s history of covering up abuse and silencing victims to protect its own reputation.

It would be an historic moment – and perhaps an example to the rest of the region – if the Mexican Senate were to approve an independent truth commission into clergy abuse specifically or child sexual abuse across institutions on the back of the Supreme Court’s debate on abolishing the statute of limitations for such crimes. This is in no way a distant dream – many countries in which the Catholic Church is powerful and politically influential, from Spain to Ireland, have already done this. All that is needed is the political will of the current Mexican government.

But even if the Mexican government fails to respond soon, the survivors and their allies will not ease pressure. The issue is now being discussed widely in the media and also being raised routinely in international human rights forums. A case in point was when Ending Clergy Abuse (ECA) secured the first public hearing on clergy abuse at the Inter-American Human Rights Commission in December 2020, where the cases of Mexico, Colombia, Ecuador, Peru and Argentina were presented, and the commissioners expressed their commitment to ensuring it would hold states accountable to their international legal obligations to children’s rights.

The new wave of independent inquiries in Europe is a sign that clergy abuse survivors on the continent are one step closer to securing truth, justice and reparations. Change is also coming to Mexico and wider Latin America. And survivors and their allies will not give up on this fight until every nation takes the necessary steps to expose the truth, hold those responsible to account and ensure such suffering and pain is never inflicted on children again.