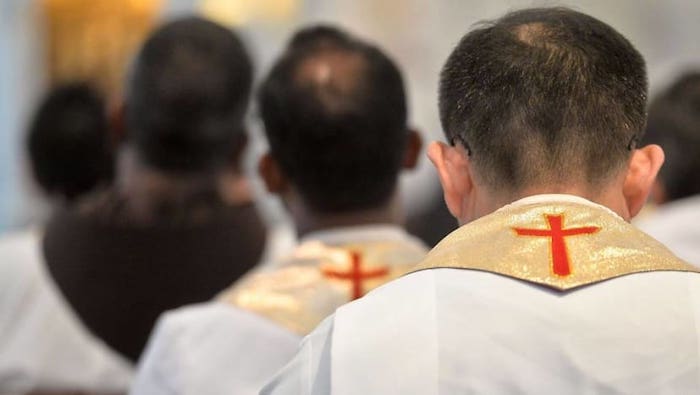 The Catholic Church also said that it had asked the Attorney General’s Chambers to partially lift the gag order on the case in relation to the identity of the offender, but AGC said it was unable to accede to the request.

SINGAPORE: The two teenage boys who were sexually abused by a prominent member of the local Catholic community “refused” to make police reports after the incidents came to light in 2009, the Catholic Religious Order said in a statement on Sunday (Jun 5).

The boys were repeatedly told that they could make a police report and would be accompanied to the police station to do so, but they were insistent in wanting to keep the matter private.

As such, the superior of the Catholic Order, who initiated investigations on the case, did not make a police report at the time “out of respect for the stated wishes and requested privacy of the victims”.

“To our knowledge, there are no other victims and the offender confirmed this,” the Catholic Order said.

These details were revealed in a statement that was published on the website of the Roman Catholic Archdiocese of Singapore on Sunday.

The offender was sentenced to five years’ jail last month, after being convicted of committing sexual offences against the boys between 2005 and 2007.

The Singaporean man, a member of a Catholic Order, had taken a vow of celibacy and has never married, according to court documents.

He cannot be named due to detailed gag orders imposed by the court, which prohibit the publication of his name, designation, appointment and a school he was linked to.

The Archdiocese also said on Sunday that it sought a partial lift of the gag order “for greater accountability and transparency”, but that the request was denied by the Attorney-General’s Chambers (AGC).

The Archdiocese said it released the statement by the Religious Order in the interests of providing “as much information as possible, within the boundaries of the gag order” imposed on the case.

Religious Orders within the Roman Catholic Church are separately constituted and are governed by their own judicial proceedings and administration of law.

In its statement, the Order said that its local leader first learned of the incidents when one of the victims confided in him in 2009, after both had already left the school.

An investigation was immediately initiated by the superior of the Order for Singapore. During the investigations, only the local leader and superior were involved.

“The victims were interviewed, and provided with counselling support,” the Order said.

After they decided against making a police report, the superior focused on what to do with the offender, who was “remorseful and expressed willingness to accept all consequences”.

“The superior immediately removed the offender from his position and prevented him from returning to the school premises so as to ensure that there would be no further contact with the victims or minors,” it said.

“He sent the offender for treatment, therapy and rehabilitation beginning with an intensive six-month programme in the United States, paid for by the Religious Order.”

CNA has asked the Catholic Church whether any action has been taken by the church against the superior for not making a police report.

Following the treatment, the Religious Order abided by the recommendations of the treatment centre, including instructions not to place the offender in any setting that involves working with minors, it said.

“Hence, the offender had to be posted to different country, where he could undertake work that did not involve minors,” the Order said.

“The local religious superiors there were informed of his background and of the key restrictions of his recovery programme.

“The superior of the Order for Singapore also continued monitoring the offender in his subsequent posting, checking on his adherence to the restrictions imposed by the recovery programme and his commitment to continued therapy and recovery.”

In March 2020, the offender came back to Singapore to renew his missionary visa, which was expiring. However, he was unable to return overseas due to the COVID-19 pandemic, according to previous court documents.

In late 2020, the offender’s history was brought to the attention of the board of the school to which he was linked.

Following an internal inquiry, the board and the Order decided that a police report had to be made and the chairman of the board lodged one on May 10, 2021.

The Order said it has “fully cooperated with the authorities in their investigation”.

“The Religious Order is deeply dismayed, ashamed and sorry for the incidents, and remains committed to supporting the victims,” it said.

“The Religious Order is committed to a zero tolerance for such behaviour.

“It has a safeguarding protocol with guidelines to prevent similar incidents. The protocol is reviewed regularly to ensure awareness and adherence. The protocol also states that all such incidents must be immediately reported to the civil authorities and the Archbishop of Singapore.”

In a separate statement accompanying the Religious Order statement, the Archdiocese said it had requested for the AGC to partially lift the gag order on the case, in relation to the identity of the offender, the name of the Order, and details of the offender’s subsequent treatment and postings.

“The AGC informed that they had carefully considered our request but were unable to accede to it,” the Archdiocese said.

“The Church takes very seriously the provision of a safe environment, especially where children and young persons are present.”

The AGC said on Monday that it did not apply to lift or vary the gag order on the identity of the offender, as doing so would likely lead to the identification of the victims.

“It was not in any way sought to protect the interests of the accused person, or of the Catholic Order involved,” the AGC said in response to CNA’s queries.

It added that its “paramount interest was, and remains, the protection of victims”.

The Archdiocese noted that it regularly reviews the protocols for the protection of the young through the Professional Standards Office.

“The Religious Orders and all religious sponsoring authorities for Catholic schools have also been reminded of their obligation to report immediately to the police once they become aware of incidents involving alleged offences against minors or vulnerable persons. They are also to keep the Archbishop of the Catholic Church informed.

“The Church will not tolerate behaviour by clergy or religious that will put others at risk,” it added.