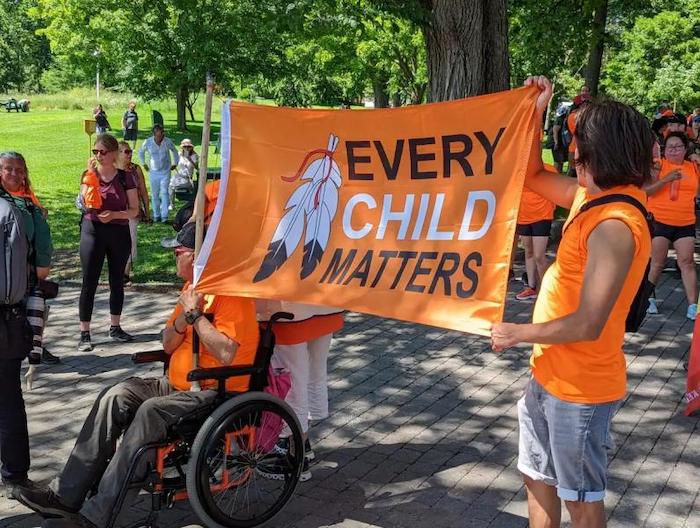 An extradition request from Canada for 92-year-old Father Joannes Rivoire, suspected of sexually assaulting young Inuit between 1968 and 1970, places his French congregation in a delicate situation: forced “to assume” this cumbersome heritage, she vigorously refutes having “concealed” it.

In the living room with obsolete armchairs of a house in Lyon (south-east), which houses the French headquarters of the Oblates of Mary Immaculate (OMI), Provincial Vincent Gruber, who acts as national leader, readily admits: the Rivoire affair, “it’s a poisoned package”.

The subject is at the heart of the next visit of a delegation of Inuit who will travel from September 12 to 15 to Paris and Lyon in the hope of obtaining justice.

In the Canadian Far North, the case is seen by many as the symbol of the impunity of sexual aggressors within the Catholic Church, especially since the recent “penitential pilgrimage” of Pope Francis to Canada, centered on the violence perpetrated in the residential schools.

The nonagenarian, who lives in a retirement home in Lyon, has never been worried. Targeted by an extradition request filed in early August by Ottawa, he disputes all the charges.

The order, which has 3,700 missionaries worldwide, including 87 in France, says it was not informed that in 2013 of the existence of the first warrant of arrest issued against him… in 1998 in Canada.

Why and how, this congregation could not know anything during all these years?

“It is incomprehensible, insane… There were inexcusable dysfunctions. We have had no documents from the Oblates in Canada. Nor did the French government seek to inform the Oblates in France. Unless someone knew about it and didn’t say so…”, assures AFP Mr. Gruber.

“It creates the situation of today, with time running out and victims facing emptiness. Everything should have been settled in 1998! “, laments the manager, in office since 2014.

Mr. Gruber knows that this “situation” exposes his congregation to criticism.

The Order “overprotected” Father Rivoire, “those who should know knew that serious questions were being asked about him,” says Mr. Devaux, whom the Inuit contacted to prepare for their visit. And to launch: “nobody asked the question about his arrival in Lyon in disaster in 1993? “, when two first complaints were filed against him.

In a recent email to Mr. Gruber, of which AFP had a copy, Kilikvak Kabloona, an Inuit representative, assures that in 1993 the bishop of the diocese of Churchill-Baie-d’Hudson on which Joannes Rivoire depended had been informed of these complaints. And that, “shortly afterwards”, the missionary fled “with only a rucksack, probably under the instructions” of the bishop, “in order to avoid any negative publicity” to the Oblates.

“I know that in the Church, people have hidden, covered up, exfiltrated” perpetrators of sex crimes, “but believe us or not, we have never done that! “, argues Mr. Gruber.

In 1993, after 33 years in the field, Father Rivoire left the Far North for Lyon, officially to temporarily take care of his parents. He will never go back.

He joined the Notre-Dame-des-Lumières site (south-eastern France) from 1993 to 2015, and “does mainly gardening there”, according to Mr. Gruber. But this sanctuary must close and here it is transferred to Strasbourg (north-east) in 2015, in a “seniors’ house” managed by the OMI.

He is placed “under surveillance” when the Oblates learn that he is wanted: “he remains on our radar”, assures Mr. Gruber and a report is made to the Strasbourg prosecutor’s office.

The monk is returning to Lyon in 2021 for reasons of health and personal convenience.

“We cannot tie him up and put him on the plane! “says Mr. Gruber, assuring that he has been urged several times to “go and face justice in Canada”.

Father Rivoire “vigorously disputes the facts” and believes give back to anyone, ”according to his lawyer, Me Thierry Dumoulin. He refused to meet the Inuit delegation, including one of his presumed victims.

Father Gruber will receive the group on September 14: “we believe what the Inuit tell us” and “that’s what they’ll be told”.