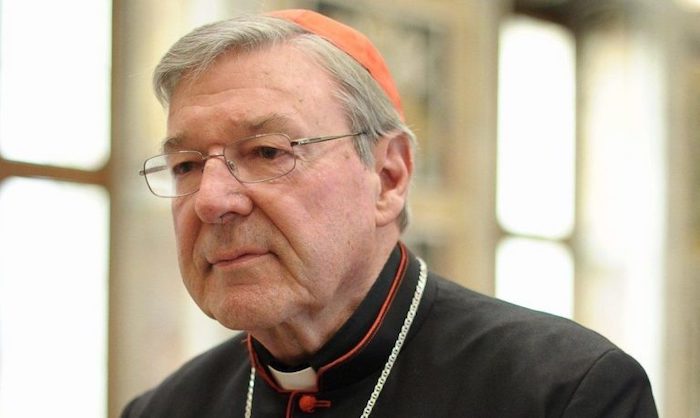 The death of Cardinal George Pell has seen some individuals and media outlets glorifying him, and others distancing themselves as much as possible. But despite what the Cardinal’s most hardline supporters may hope and pray for, he will not be offered a state funeral in either NSW or Victoria.

Pell has been described as “polarising” numerous times since we learned of his surprise death during hip surgery in Rome on Tuesday night, a word that doesn’t do enough to truly describe Pell’s impact on Australia.

Opposition leader Peter Dutton called Pell’s squashed child sexual abuse conviction as a form of “modern-day political persecution” and implored the “Victorian Labor Government and its institutions” to reflect on themselves, given Pell’s conviction was overturned by the High Court.

The Australian featured a dominating photo of Pell across its frontpage today with the headline, “GOD’S STRONG MAN” and a quote from Pell stating that “both democracy and religious freedom are at the heart of the good life”.

Tony Abbott described Pell as a “saint for our times” who faced a “monstrous allegation” through a “modern form of crucifixion” when he was sentenced to six years’ jail following his 2019 conviction. John Howard credited Pell’s “courage” and strong and consistent stance on issues.

The strongly held stances Pell had were largely conservative. He was anti-abortion — describing abortion as a “worse moral scandal” than sexual abuse by the Catholic clergy at a World Youth Day event in Canada in 2002. He was against the ordination of women as Catholic priests. He was, as QNews puts it today, “homophobic to the end.”

But Victorian Premier Dan Andrews had something else to offer on Pell’s passing, especially given the impact of priest abuse in his state of Victoria — including abuse and problem priests that the Royal Commission previously found Pell had overlooked during his time leading the Catholic Church in different parts of Australia.

Andrews has outright rejected the idea of a state funeral for Pell, stating that “I couldn’t think of anything that would be more distressing for victim-survivors than that.”

Speaking to reporters in Melbourne, Andrews shared condolences to Pell’s family and friends, but gave more airtime to victims of child sexual abuse at the hands of the church.

“It’s a very sad time for family and friends and colleagues,” the Premier said. “But it’ll be a very, very distressing time [for victims of abuse]. Because some of these things can be triggering. That’s what the experts tell us… And to those brave, brave Victorians [who spoke out]– and in doing so, many beyond Victoria, who live every day and carry the burden, and some who aren’t here anymore because of that burden. Because of the way they were treated, the way they were abused and the way that was covered up … We send our best wishes to them, and we always commit to having them foremost in our thoughts.”

As for Dutton’s claims of Pell’s political persecution? Andrews said he would not dignify such comments with a response.

Pell was 81. He had spent much of the last year of his life fighting a lawsuit from the father of one of the choirboys Pell was convicted of abusing, who later died of a heroin overdose (the conviction was overturned by the High Court). Shine Lawyers, which is representing the father, said the litigation will continue against the church and Pell’s estate.