Pope Benedict’s statements on March 9 attracted significant media attention as the Roman Catholic Church in the United States prepares for battle to defend “traditional marriage” in several states while thwarting same gender marriages. His comments were seen by the LGBT community as another direct attack on us claiming we are “injurious to society.” 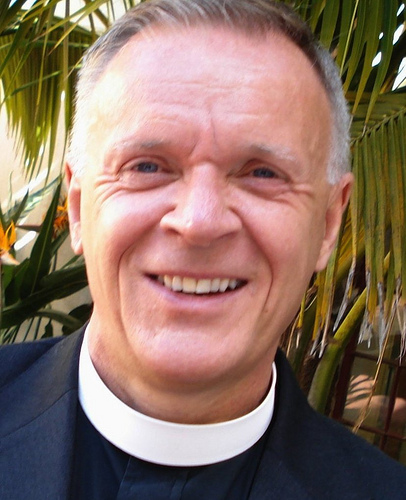 Injuring society has connotations of violence. Marriage has to be defended from those injurious qays, one might think. In reading the whole statement, however, the Pope is much more critical of heterosexuals than homosexuals, particularly those who live together “out of wedlock.” He is speaking about millions of people who outnumber us qays considerably.

When I was working as a parish priest, 99% of the heterosexual couples who came to me seeking marriage were already living together. Their relationships were honest, good and deserved the blessing of God, community and their families. To demonize them or to claim their relationships were injurious would have been far from the truth of my experience and indeed theirs.

They are our allies and represent a significant body of experience from responsible and caring human beings who are deeply troubled by the statistic that one out of two marriages fail in the USA. They are part of a movement to reform the way we express love and lifelong commitment and are trying to prevent the heartache and trauma caused by failed marriages that indeed can be very injurious to the men women and children who are victims of them.

However, the Holy Father felt it was important to instruct the bishops of Minnesota, North Dakota and South Dakota that the task of defending the sanctity of marriage and respect for human sexuality is among the most important pastoral duties of bishops today. In his statement, Pope Benedict recalled a quote from his letter Sacramentum Caritatis, in which he said:

[T]he good that the Church and society as a whole expect from marriage and from the family founded on marriage is so great as to call for full pastoral commitment to this particular area. Marriage and the family are institutions that must be promoted and defended from every possible misrepresentation of their true nature, since whatever is injurious to them is injurious to society itself.

I grew up in a Northern Irish Protestant home where Roman Catholicism was misunderstood and deeply feared. My grandmother was Roman Catholic and my brother married a devout Roman Catholic who brought up her children in her faith tradition.

Even though most families were “mixed marriages” or were only a generation away from them, the hostility directed towards the Catholic community and misrepresentation of them in Northern Irish society was similar to the prejudice that was directed towards LGBT people. We had to find out for ourselves what Catholics were really like. This was difficult given we attended separate schools and lived in segregated neighborhoods. I had very few Catholic friends growing up and did not set foot in a Catholic church until I was in my mid-teens.

The parallel to fear and misrepresentation of LGBT people is worth noting. We can hate Catholics universally in the same way LGBT people can be feared or hated universally. Just because the Pope says we are “injurious to society,” we should not see Catholicism as something intrinsically evil. I have found the process of getting to know people and what their religious beliefs mean to them can be enriching.

I have two wonderful Catholic friends who exemplify what is best about their faith and they would not agree with the Holy Father’s position on a whole range of issues yet are still devoutly Catholic.

Maxensia serves a very poor community in the Centre of Kampala. She is HIV-positive and has gathered 3,000 Ugandan women who care for a loved one with AIDS. She is deeply involved in the life of her Catholic community as well and serves on a number of church bodies.

She told me of an experience where a woman who was HIV-negative had the courage to stand in a conference rooms of clergy, bishops and lay leaders and asked them to respond to her dilemma of how she can have sex with her HIV-positive husband. Maxensia’s voice still rises in amazement at the response of the conference to this weeping woman.

“No one could give her an answer,” she told me. This convinced her more than anything that the church’s position on a whole range of sexual issues was indeed injurious from both a personal pastoral perspective and a deeply flawed societal policy. Sometimes the response of the church can be so outrageously unjust or out of touch that the victim wins new allies.

Maxensia has become an ally of the LGBT community as a result of how the Church treats married couples who are positive and negative and desperately seek responsible encouragement to live out their love and commitment. When I returned to Uganda in 2010 after a 13-year absence for fear of the homophobes there, the population of this relatively small country had risen from 20 million to 33 million. The churches and the government were encouraging their people to breed like rabbits. More than anything I saw in Kampala, the rise of religious-based homophobia, a corrupt and violent government or the rise of HIV, population growth on this scale scared the hell out of me. This is totally unsustainable and opens the Ugandan society to issues of food scarcity and security. What is more injurious to family life than war and famine?

My second Catholic heroine, professor Margaret Farley, works from the ivory tower of Yale University as a former ethics professor but has spent a lot of time on women’s developing higher education in Africa. I met her several years ago at a conference in Dublin where she was presenting a 21st century view of Catholic sacramental marriage that included same gender couples. Brilliantly informed and cool as a cucumber, she appeared on Irish television where she would calmly state why she disagreed with the Pope and could still remain a faithful Catholic.

Her book “Just Love” moves the concepts of justice to the forefront of the Catholic understanding of marriage. For example, she reinterprets the Catholic position on procreation more broadly to include couples who may not be able to have children but can still be “fruitful” by caring for other people’s children. I want to revisit her position in another column because she convinced me that marriage is indeed a sacrament and she would also claim most heterosexual Catholic marriages are not actually sacramental by her definition, particularly around issues of mutuality. So I want to come back to this because it is enormously valuable in the current debate.

Farley’s theological framework on marriage was deeply influential on my understanding of marriage as we entered into the debate on Proposition 8 in California. She would have been a great advocate for the LGBT community if we had “leaned into the wind” on defining marriage from a religious perspective and not only about a civil partnership.

From Kampala to Yale, there are wonderful examples of deeply caring inclusive Catholics who represent a significant yet not dominant voice of the Church’s witness. They remain Catholics but do not agree with the present policies of the Papal Curia. They are a kind of “loyal opposition” and remain thorns in the flesh of certainty and conformity.

My life and my spirituality are enriched by knowing them and their courage to be themselves is an inspiration. They have helped me break out of my own cultural ignorance and affirmed our common humanity. Jesus had many confrontations with the clergy of his day and he commented that they “heaped huge burdens on people’s shoulders without offering as finger to lift them.” I can recognize similar traits in some of the clergy and institutions in the 21st century and need to be vigilant about my own participation in this “holier than thou” mentality which is ultimately deeply injurious to all of us.