A FORMER trainee priest is to take legal action against Cardinal Keith O’Brien after claiming the cleric abused, groped and kissed him during a visit to a seminary. 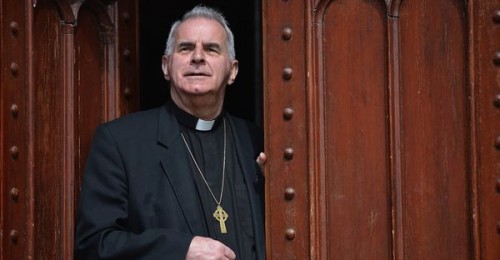 The ex-seminarian, who was a teenager at the time of the incident, alleges that the disgraced former Archbishop of St
Andrews and Edinburgh abused him after inviting him into his room following dinner for an alcoholic drink.

The victim’s solicitor said his client had been left “disturbed” by allegations surrounding the cardinal in recent weeks, which had “brought the past back.” He decided to come forward in the hope of encouraging any other victims to speak out.

The claims by the former trainee priest, now married with children, are separate from the allegations that the cardinal “behaved inappropriately” towards three priests and a former priest in the 1980s.

With the Catholic Church in Scotland left in turmoil following the events of the past three weeks, the latest revelations have cast further shadows over the Vatican and will put added pressure on Pope Francis to mount a detailed investigation into the beleaguered cardinal.

Since the initial raft of allegations were made against him, the 74-year-old has stood down as an archbishop, and apologised to the church and the country for his sexual conduct, which had, he said, “fallen below the standards expected” of a priest, archbishop and cardinal.

The cardinal, who turns 75 on Sunday, vowed to spend the rest of his life in retirement, with no further part in the public life of the church in Scotland. While he chose not to participate in the recent papal conclave he is still a cardinal, and the possibility remains that Pope Francis could strip him of his red mitre.

The man at the centre of the latest allegations left the priesthood months after the alleged incident of abuse in the 1980s. He had been attending a senior seminary college after spending four years at Aberdeen’s Blairs College, where the cardinal was rector between 1980 and 1985.

In an interview recalling the alleged abuse when he was 19, he said: “We’d have some sort of drink in his room, beer or wine. He was just chatting away about the past, the future, and so on. He had been talking about himself, how he was going places, his career had been mapped out and that it was for God to decide.

“I can’t remember the exact phrase he used but he told me he would always look after me and how good a priest I’d be. Until this stage I’d thought how excellent it would be to be a priest in his diocese.

“But that’s when it happened. After a few minutes he released me and I was able to make my excuses and go. As an adult looking back, I ask myself how it could have happened. Neither of us was drunk.”

The former priest, now in his 50s, has asked to remain anonymous because he has children. His solicitor, Cameron Fyfe, said he thought the incident had been isolated until the recent

Mr Fyfe told The Scotsman: “My client told me he found the recent allegations very disturbing and they brought the past back, and made him decide to do something about it. I think he also thought there are other victims out there, and if he was to speak then others might come forward.