The media has made much ado about Cardinal Timothy Dolan’s appearance on This Week with George Stephanopoulos, wherein he claimed that the Roman Catholic Church needs to be better at welcoming gay and lesbian people.

Cardinal Dolan also stated that the Catholic Church isn’t “anti-anybody” and should be a church for all. 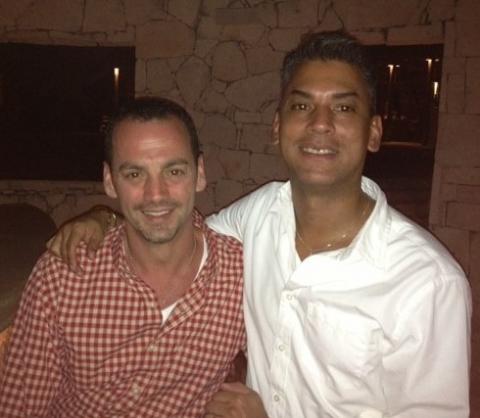 But his words do not ring true for real life Catholics. In fact, as Cardinal Dolan was expressing his desire to have the church be open to all, one gay Catholic man was being stripped of his roles and responsibilities within his Long Island parish.

Nicholas Coppola is a parishioner at St. Antony’s Roman Catholic Church in Oceanside, New York. His involvement at the church included serving as a religious education instructor, lector, altar server, visitation minister for homebound members, as well as member of the Consolation Ministry and St. Vincent de Paul.

He has been completely out to his parish for years, and has had the support of his priest and fellow parishioners. Mr. Coppola and his husband, David were married on October 27, 2012. A number of parishioners attended their wedding.

Upon returning from his honeymoon in January, Mr. Coppola was called into the office of Fr. Nicholas Lombardi S.J., the pastor of St. Anthony.

Bishop William Murphy of the Diocese of Rockville Centre received an anonymous letter, informing him of Mr. Coppola.

According to the letter:

“Nicholas Coppola is a Religion Teacher at St. Anthony’s. I have also seen him involved with other Parish work including his name on a board for “THE ST. ANTHONY PROJECT” to raise money for air conditioning in the Church. The problem is that he is a homosexual. He was recently married to another man. He does not hide this or keep it silent.”

The diocese then faxed the letter to Fr. Lombardi, noting that “it would be of concern to you if a catechist were, in fact, ‘married’.”

“I was in shock. I had just come home from my honeymoon. I went to mass on Martin Luther King Day, where we heard a great sermon about justice and equality,” said Mr. Coppola, recalling the meeting.

“After mass, I was summoned into the pastor’s office and told that I could no longer be active in my own parish.”

Mr. Coppola has had two meetings with the Diocese of Rockville Centre, and was informed that the bishop’s ‘hands were tied.’ While the Roman Catholic hierarchy states that it wishes to welcome gay and lesbian people into the church, being in a loving, committed relationship, and seeking protections for that relationship and for one another through civil marriage will exclude one from parish life.

Following Cardinal Dolan’s interview and assertion that the church is welcoming to gay and lesbian people, Mary Ann Walsh, Director of Media Relations, took to Huffington Post to respond to the heightened media attention around Dolan’s claims.

She stated very boldly, “No one is carded at a Catholic Church. Shunning is not the Catholic tradition.”

However, once Nicholas Coppola was identified as a married gay man, he was shunned from the parish.

“When I suffered a back injury that didn’t allow me to work, participating in the ministries at St. Anthony’s gave me a purpose,” said Mr. Coppola.

“Being shunned from a community that means so much to me takes a toll, not just to me, but to those around me. My mom cried. My husband has been a great source of support for me, but he is also struggling with this action. Even my fellow parishioners are hurt and angry that I can’t be involved in the parish anymore.” 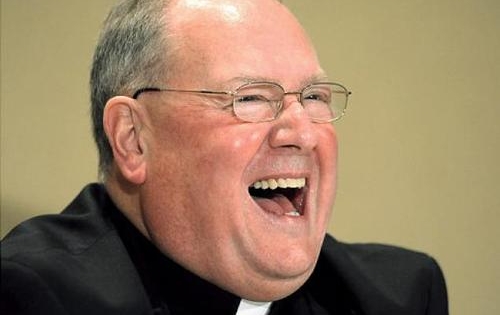 Nicholas Coppola is not the first Catholic to be persecuted by Roman Catholic hierarchy.

Several employees of Roman Catholic parishes, schools, and related institutions have been fired for their support for marriage equality, no matter how public or private those beliefs have been.

Dominic Sheahan-Stahl was uninvited to speak at the graduation of his alma mater in Michigan.

Lennon Cihak was denied confirmation after urging people to vote against the anti-marriage amendment in Minnesota.

Most famously in Maryland, Barbara Johnson was denied communion at her own mother’s funeral because she was gay.

“We continue to hear assertions from the hierarchy that the Roman Catholic Church is loving and embracing to all, but the experience of Nicholas Coppola and so many others run counter to those claims,” stated GLAAD’s Director of News and Faith Initiatives, Ross Murray. “Until the hierarchy stops persecuting those within its ranks who support full equality for LGBT people, its message of love and inclusion means nothing.”

Mr. Coppola continues to express his hope for the church. “I want a church that is open to all and loves each one of us the same.”

GLAAD calls on the media to highlight the stories of Nicholas Coppola and others who have been persecuted by the Roman Catholic hierarchy for supporting full equality for LGBT people.

These stories represent the disconnect between words like that of Cardinal Dolan or Sister Walsh and the experience of real LGBT Catholics in America.

They will tell a fuller story of why Catholics overwhelmingly support LGBT equality, including marriage equality, despite virulent opposition from Roman Catholic hierarchy.