Reinstating Jeyapaul back into priesthood is a disservice and a danger to children in India.’ 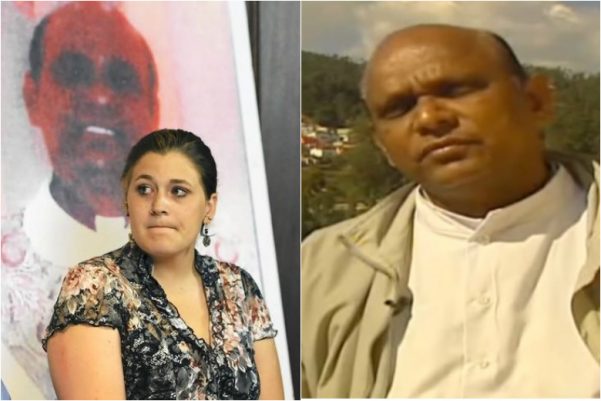 On Tuesday, Megan Peterson, a US citizen and a victim of sexual assault at the hands of church priest Joseph Jeyapaul, filed a lawsuit against him at the Minnesota federal court. Jeyapaul was accused of rape and sexual assault, pleaded guilty and was sentenced for a jail term spanning a year and a day. He was then deported to India in July 2015. However, barely six months later, he was reinstated as the head of the diocese of the commission for education in Ootacamund with the Vatican’s approval.

Megan Peterson, her attorney Jeff Anderson and the organisation SNAP (Survivors Network of those Abused by Priests) have since been trying to draw attention to the case. “I felt abused and degraded and victimsed all over again. it felt like a slap in the face to myself and to the other survivors of clergy sex abuse across the globe,” she had said in a statement earlier, speaking about Jeyapaul being reinstated to the ministry.

In an exclusive and detailed interview to The News Minute, Megan tells us why this case needs more attention and asks that Jeyapaul not be reinstated.

Q:  You have fought a long and hard legal and personal battle against Jeyapaul. What do you have to say about him being reinstated as a priest and head of the diocese of commission for education in India?

Megan: Reinstating Jeyapaul back into priesthood is a disservice and a danger to children in India. Children are put at risk by putting a convicted, admitted sex offender back into the ministry and at a position of authority. I don’t want another child to go through what I have been through.

Q: What is your message to Bishop Amalraj, who reinstated Jeyapaul to the ministry?

Megan: Reverse your decision, disclose who in the Vatican approved such a reckless move, put Fr. Jeyapaul in a remote, secure treatment center for sex offenders where he’ll be very closely monitored. Aggressively seek out others he has hurt and prod them to call police.

Q: Do you think there should be more dialogue in India about this case so as to set a precedent for the Indian Church as well?

Megan: Absolutely! Open dialogue, transparency and accountability of officials and offenders are key in moving forward and protecting others. By having these discussions, survivors in India may also feel safer, supported and therefore encouraged to come forward.

Q: You were very courageous in deciding to publically fight this case. What sort of response did you get from the Church and the authorities?

Megan: When I was a teen and was being violated by Joseph Jeyapaul, I reached out to the church officials. They hung up on me. It has been an uphill battle ever since, trying to get church officials to do the right thing and to protect children. Clearly, that is still the scenario. Despite my efforts for the past 12 years, they have made the decision to reinstate a convicted sex offender.

Q: Do you think religious values of piousness and purity also play a role in victim-shaming, preventing them from speaking up about abuse at the hands of a priest?

Megan: I can only speak for myself but personally it was very difficult to come forward and talk about abuse at the hands of the priest. I was embarrassed and ashamed. I believed it was my fault and that I had committed a grave sin. Many times after the abuse Fr. Jeyapaul would have me confess my sins to him and he would give me a penance to absolve me of my sins.

I believe that because of their position of authority as being a direct link to God in Catholicism makes it harder to come forward. People may not want to believe that a “holy person” could commit such a grave act of abuse.

Q:  As children, parents and as a community, what can we do to look out for cases of such gross abuse and prevent them?

Megan: It is important to have discussions with the youth about good touch and bad touch. Open dialogue at an early age ensures that if something does occur, they would feel safe speaking to their parents or another trustworthy adult.

Also, sexual predators will groom their victims before the abuse. Watch out for the signs. When victims do come forward, community support helps. This would also encourage other survivors of sex abuse to do the same.

Q: The existence of an organisation like SNAP proves that this is not an isolated case. What do you think allows sexual predators like Jeyapaul to go unrecognized and unpunished?

Megan: Predators like Fr. Jeyapaul are usually shrewd and personable. They are often outgoing and charming; their supervisors and colleagues are more concerned with their own comfort, convenience and careers. So, they do what’s easiest and most tempting – they ignore child sex crimes, or worse, they hide them. This practice is what protects predators and endangers kids.