According to the charges, a 30-year-old woman contacted Mendota Heights police on April 28, 2016 to report sexual contact between her and Bertrand. The victim told police she met Bertrand in 2009 while studying spirituality at a university in Rome, Italy. Bertrand was also a student and a deacon at a Catholic church at that time. The victim asked Bertrand to be her spiritual guide, and the two began to meet every Wednesday for “holy conversation.” 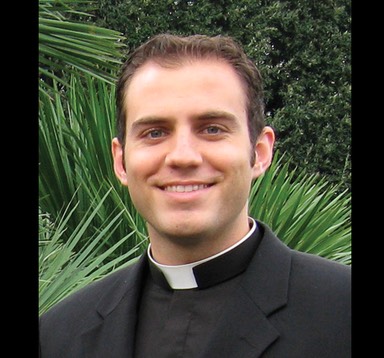 In June of 2010, the victim and Bertrand flew to San Diego, where he was ordained as a Catholic priest. During their time in San Diego, they kissed on multiple occasions.

In July of 2010, Bertrand flew to Minnesota to spend time with the victim’s family in Mendota Heights. During the stay, he performed mass for the family, offered the sacrifice of the mass and heard their confessions.

During this trip, Bertrand and the victim went a family cabin in Wisconsin, where they had sex. But the criminal charges concern a private mass in the basement of the Mendota Heights home. According to the charges, Bertrand and the victim had sexual contact during the performance of the mass, and after this ceremony he told the victim they had “fulfilled the second holiest sacrifice next to Jesus and Mary on Calvary.”

Later that summer, Bertrand sent the victim a $1,000 check, telling her that God told him to give her the money for her studies. In December of 2011, he spoke to her by phone and said, “the devil tempts me to think that you will tell someone and ruin my ministry.”

In 2012 and 2014, the victim reported the sexual contact with Bertrand to the Catholic Church. In 2014, the victim’s report was sent to officials in the San Diego Diocese for investigation. In a bulletin to his parishioners, Bertrand said he had undergone a psychological evaluation and was taking a leave of absence. He was later reassigned to a new church in the San Diego Diocese a few months later, and is currently serving as a priest at that church.

The victim provided Dakota County investigators with a letter of apology for Bertrand. He also said he had destroyed the journals they shared and prayed for their “release from any demonic attachments that were leading me into such a folly and were keeping me from protecting you as a true priest should have.”

Bertrand is scheduled to appear in court in Minnesota on Monday, Oct. 10.

According to Minnesota law, consent is not a defense if: “The actor is or purports to be a member of the clergy, the complainant is not married to the actor AND the sexual penetration occurred during the course of a meeting in which the complainant sought or received religious or spiritual advice, aid, or comfort from the actor in private; OR the sexual penetration occurred during a period of time in which the complainant was meeting on an ongoing basis with the actor to seek or receive religious or spiritual advice, aid, or comfort in private.”

“Fr. Jacob Bertrand, a priest of the Diocese of San Diego, is facing charges in Minnesota stemming from a sexual encounter with an adult woman there in 2010. The facts behind the encounter are a matter of dispute and will be resolved by the courts and civil authorities. Fr. Jacob asked for and received a Leave of Absence when he learned of the possibility of these charges several weeks ago. There have been no allegations lodged against Fr. Jacob here in San Diego, where he remains on a leave of absence and currently has no faculties. The diocese is not involved in his legal defense. Out of respect for all parties and for the legal process, the diocese will make no further statement at this time.”

In a phone interview, Christa Groshek, his co-counsel, said, “These are false allegations, they’re suspect. The woman behind them has a motive. our investigation has revealed the truth behind it. Father Bertrand is a young, reputable priest. He’s worked in large parishes in Southern California.”