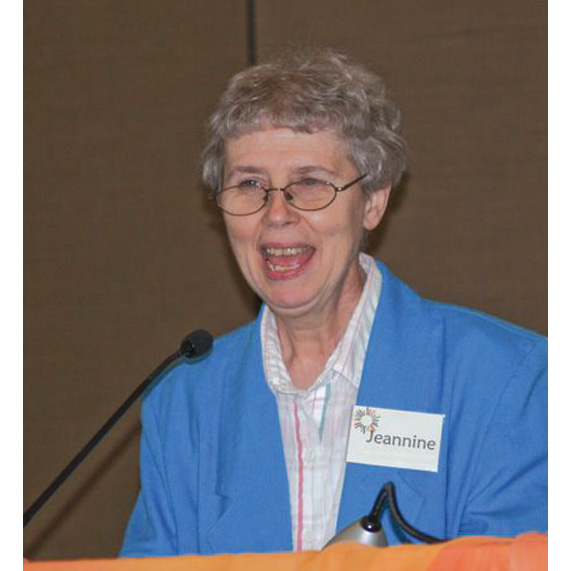 In late October, on the day an out-of-season snowstorm some have called “epic” and “historic” broke nearly 200-year-old weather records and almost shut down parts of the Northeast, something else happened that was perhaps unprecedented: A Catholic university hosted a daylong formal discussion on the topic of homosexuality within communities of nuns and priests.

For the 100 or so theologians, members of the clergy, women religious, students and others who braved the heavy snow Oct. 29 to attend “The Care of Souls: Sexual Diversity, Celibacy, and Ministry” conference at Jesuit-run Fairfield University, the day was packed densely with history, stories and plenty of questions.

It was the final event of a four-part series of talks titled “More Than a Monologue: Sexual Diversity and the Catholic Church.” The series aimed at expanding the conversation on lesbian, gay, bisexual and transgender issues within the Catholic church.

“Unfortunately, any speech about Catholicism, sexuality and clerical power is so vexed, so scandalous, that I can’t begin the meditation without underlining three more cautions against misunderstanding,” said the first speaker, Mark Jordan, a professor of divinity at Harvard University Divinity School.
“First, I’ll be talking about the configuration of power in relation to sexuality within ecclesial systems, not about all of the individual lives under those systems. It is, of course, possible to lead a Christian life of unstinting love, of vivid witness, of embodied grace under the present system of Roman power,” Jordan said.

“Second caution: I want to talk about this clerical power as homoerotic. By this I don’t mean to imply anything about the sexual acts, real or fantasized, of those who participate in this power,” he said. “This form of clerical power seems to me the object, and the instrument, of sharp longing, of desire.

“Third and final caution: I speak of the configuration of homoerotic power in the Roman Catholic clergy at particular times and places. There are partial repetitions across church history, I think, and there are striking structural similarities across church cultures in a given time. But if we know anything about the Catholic church, it is that it is not one thing. It is a complex network of thousands of different communities.”

Before beginning his discussion about power and the Catholic church, Jordan traced the church’s history of thought in relation to homosexuality over the past few decades, a history that would serve as backdrop and context for the speeches that followed.

Loretto Sr. Jeannine Gramick of New Ways Ministry in Maryland talked about the organization’s role in discussing homosexuality within the Catholic church, beginning in the 1970s, and particularly about its work in support of lesbian nuns.

After reflecting on the past 40 years of history and discussion, Gramick said she has seen three central issues emerge: celibacy, sexual identity and “coming out.”

Throughout this time, however, Gramick said much of the emphasis was placed on the question of celibacy. But the important question to ask, she continued, is, “How do lesbian sisters — and by extension how do heterosexual sisters — live out their celibacy in healthy ways?”

Following Gramick’s detailed analysis, speaker Jamie Manson, who is an instructor in religious studies at Fairfield University and a columnist for the National Catholic Reporter, began with humor:

“I am firmly convinced had I been born, rather than in the 1970s, in the 1940s, I today would be a lesbian nun,” Manson said. “And I would not have become a nun simply just to avoid having to face married life with a man; I would have answered that because I have a call of intense witness to the Gospel — I still have that — but being able to avoid marriage wouldn’t have hurt, either.”

Manson said there is a difference between the experience of gay and lesbian Catholics.

“For lesbians the experience of being Catholic affects more than their sexual orientation; it relates to the anatomy itself. By banning women from serving as priests, the hierarchy says — in this great cosmic hubris — that God simply cannot work sacramentally through the body of a woman. For most lesbians, and many straight women, this leads to feelings of isolation and disempowerment,” Manson said. “I cannot stress enough how corrosive it is to the spirit to have never seen a woman’s bodily form wear a stole, stand behind an altar, raise the bread and wine, place her hands in the waters of the baptismal font, step through the center door of the confessional.”

In closing, Paul Lakeland, professor of Catholic Studies at Fairfield and one of the organizers of the conference series, said he was pleased with the outcome of the program, and the cooperation between the four host schools. (Previous conferences were held at Fordham University in New York, Union Theological Seminary in New York and Yale Divinity School in New Haven, Conn.)

“A lot of gay and lesbian and straight, and Catholics and non-Catholics, but especially Catholics, got together on four weekends and talked about issues that the church would really — the institutional church — would really rather they didn’t, and the sky didn’t fall in,” Lakeland said. “We, I think, are collectively a little wiser, I’m sure, and hopefully a little more encouraged as we go on from here.”