The leader of a group of US nuns the Vatican accuses of flouting Church teaching has rejected the claims.

“Our role is to live the gospel with those who live on the margins of society. That’s all we do.” 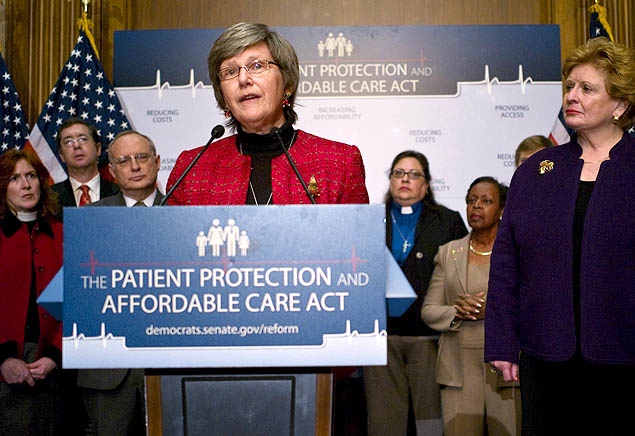 On Wednesday the Vatican announced a crackdown on US nuns long considered too liberal by the church hierarchy.

The Congregation for the Doctrine of the Faith issued a highly critical report that accused US nuns of engaging in “corporate dissent” and of ignoring, or worse, challenging the church’s teachings on abortion, homosexuality and an all-male priesthood.
‘Radical feminist themes’

The Leadership Conference of Women Religious (LCWR), which represents 80% of America’s 57,000 nuns, was the subject of a lengthy of investigation led by Bishop Leonard Blair of Toledo, Ohio.

The resulting report noted the good work they did with the poor and in running schools and hospitals, but also documented what it called a “grave” doctrinal crisis.

It said the sisters were promoting radical feminist themes and criticised US nuns for challenging the bishops, who it said were “the church’s authentic teachers of faith and morals”.

The Archbishop of Seattle, Peter Sartain, is to lead a reform of the LCWR.

This will include a review of ties between it and its close partner, Network, a social justice organisation involved in healthcare and poverty programmes.

Network was singled out for criticism in the report for “being silent on the right to life” and other “crucial issues” to the church.

Sister Campbell suggested that her organisation’s vocal support for President Barack Obama’s healthcare bill was behind the slapdown.

“There’s a strong connection,” she said. “We didn’t split on faith, we split on politics.”

The Vatican said that the mandate to carry out reforms of the nuns’ leadership “will be for a period of up to five years, as deemed necessary”.

Archbishop Sartain said, “I hope to be of service to them and to the Holy See as we face areas of concern to all.”

But Sister Campbell suggested a difficult time ahead: “It’s totally a top-down process and I don’t think the bishops have any idea of what they’re in for.”