The Vatican has appointed an American bishop to rein in the largest and most influential group of Catholic nuns in the United States, saying that an investigation found that the group has “serious doctrinal problems.” 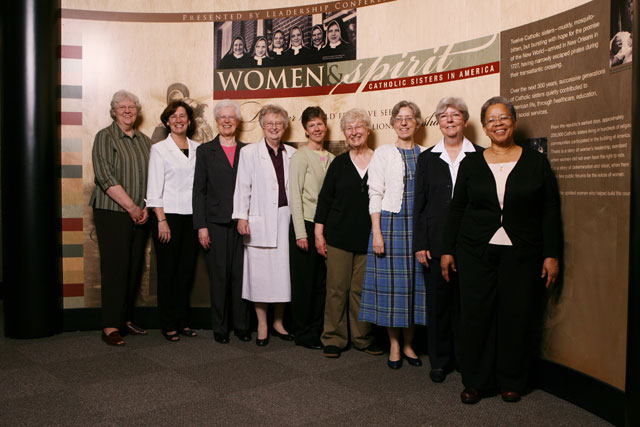 The Vatican’s assessment, issued on Wednesday, said that members of the group, the Leadership Conference of Women Religious, have challenged church teaching on homosexuality and the male-only priesthood, and promoted “radical feminist themes incompatible with the Catholic faith.”

The sisters were also reprimanded for making public statements that “disagree with or challenge the Bishops, who are the Church’s authentic teachers of faith and morals.” During the debate over the health care overhaul in 2010, the American bishops came out in opposition to the health plan, but dozens of sisters, many who belong to the Conference, signed a statement supporting it — support that provided crucial cover for the Obama administration in the battle over health care.

The Conference is an umbrella organization of women’s religious communities, and claims 1,500 members who represent 80 percent of the Catholic sisters in the United States. It was formed in 1956 at the Vatican’s request, and answers to the Vatican, said Sister Annmarie Sanders, the group’s communications director.

Word of the Vatican’s action took the group completely by surprise, Sister Sanders said. She said that the group’s leaders were in Rome on Wednesday for what they thought was a routine annual visit to the Vatican when they were informed of the outcome of the investigation, which began in 2008.

“I’m stunned,” said Sister Simone Campbell, executive director of Network, a Catholic social justice lobby founded by sisters. Her group was also cited in the Vatican document, along with the Leadership Conference, for focusing its work too much on poverty and economic injustice, while keeping “silent” on abortion and same-sex marriage.

“I would imagine that it was our health care letter that made them mad,” Sister Campbell said. “We haven’t violated any teaching, we have just been raising questions and interpreting politics.”

The verdict on the nuns group was issued by the Vatican’s Congregation for the Doctrine of the Faith, which is now led by an American, Cardinal William Levada, formerly the archbishop of San Francisco. He appointed Archbishop J. Peter Sartain of Seattle to lead the process of reforming the sisters’ Conference, with assistance from Bishop Thomas J. Paprocki and Bishop Leonard Blair, who was in charge of the investigation of the Leadership Conference.

They have been given up to five years to revise the group’s statutes, approve of every speaker at the group’s public programs and replace a handbook the group used to facilitate dialogue on matters that the Vatican said should be settled doctrine. They are also supposed to review the Leadership Conference’s links with Network and another organization, the Resource Center for Religious Life.

Doctrinal issues have been in the forefront during the papacy of Benedict XVI, who was in charge of the Vatican’s doctrinal office before he became pope. American nuns have come under particular scrutiny. Last year, American bishops announced that a book by a popular theologian at Fordham University, Sister Elizabeth A. Johnson, should be removed from all Catholic schools and universities.

And while the Vatican was investigating the Leadership Conference, the Vatican was also conducting a separate, widespread investigation of all women’s religious orders and communities in the United States. That inquiry, known as a “visitation,” was concluded in December 2011, but the results of that process have not been made public.