The Congregation for the Doctrine of Faith’s April 18 doctrinal assessment of the Leadership Conference of Women Religious is not about doctrine. It is not primarily about protecting the faith or ensuring an ecclesiology of communion, no matter how many times these terms are woven through the report. It is fundamentally about fear — fear of the loss of power — and the willful use of dominative control to defend that power. 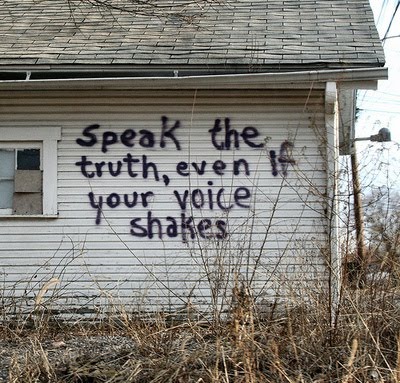 The abundance of religious themes and language do not mask this punitive effort to shore up the crumbling authority of hierarchical leaders. Nor does the document hide the anger that roils beneath the protestations of gratitude and concern. The final report of the LCWR assessment reveals a desperate attempt on the part of some fearful and angry church leaders to protect their turf — to maintain an all-male church leadership, to keep women and laypeople under their authority, and to shield the homophobic-homosexual subculture in the leadership of the Catholic church.

The pattern of using coercive intimidation to control others in one’s household is called domestic abuse. Domestic abuse does not need to involve physical violence — in fact, many abusers never beat their partners. Instead, the threatened person strikes out psychologically to evoke compliance. Public humiliations, corrections, threats, accusations of disloyalty and demands for absolute obedience make up the typical arsenal of the abusive person. In extreme cases, the abuser monitors the actions of the other, keeps a record of his or her transgressions, restricts his or her activities, discredits his or her reputation, takes charge of his or her decisions, and threatens to withdraw support if unquestioned compliance to demands is not maintained.

These abusive acts will sound curiously familiar to anyone who has read the proposed implementations of the Vatican doctrinal assessment.

While females can and do commit domestic abuse, statistically, they do so at much reduced rates, inflict less physical harm and commonly have different motivations than male perpetrators, making domestic abuse primarily a crime against women. Yes, a crime — like child sexual abuse — something many bishops, archbishops and cardinals in the Catholic church failed to take seriously until they were forced to do so by lawsuits and public outcry.

But has transfer of learning taken place? Do they get it? Do they get that they cannot treat women and children as stepping stones to power, privilege and pleasure?

Whether through hits or humiliations, broken bones or broken spirits, threats of bodily harm or warnings of impending excommunication, the goal of abusers is the same: Assert absolute control. Wear the person down until he or she gives in or gives up. Use punishment if he or she dares to claim his or her own authority.

The most dangerous time in a household where domestic abuse is present is right after the person being abused has stood up to the abuser. Have too many members of LCWR claimed their own authority? The classic domestic abuser seeks one thing above all else: obedience to dictates. It is not surprising that obedience is alluded to on every page of the final doctrinal assessment document.

In fact, the mandate for implementation of the results of the doctrinal assessment reads like a how-to manual for the most common form of domestic abuse — no physical violence, just a resolute campaign to rein in those who have dared disobey the master, or, in the case of LCWR, the pope and bishops: “to implement a process of review and conformity to the teachings and discipline of the church, the Holy See” (page 7). Pretty clear.

Mental illness, including personality disorders, compound domestic abuse but are not its primary cause. Domestic abuse is power abuse. In its most prevalent form, it is conscious, coercive conduct by men those believe they have the unconditional right to use forceful tactics to enforce their rules and maintain absolute control over those they deem subject to them.

What kinds of people abuse others? While there is no single profile of the domestic abuser, research has identified characteristics frequently seen among perpetrators of all types. Ironically, there is not much difference between those who use their fists and those who use words alone to demand obedience.

* Abusers believe they are entitled to maintain power and control over those in their households (institutions).
* They may believe they have an obligation to compel obedience for the benefit of the victim and the good of the household (church).
* They do not identify their controlling and hurtful tactics as abusive and are insulted when others perceive them that way.
* Perpetrators tend to perceive all interactions within relationships through a prism of compliance or disobedience.
* Abusers tend to be insecure men who need to establish dominance to feel confident.

The single most conclusive thing we know about domestic abuse is that it is learned behavior. Abusers have gained knowledge of abusive behaviors by seeing them in action, either in their families or in the various cultures to which they belong. This applies to religious cultures where the seminarian is taught early to bow to the wishes of his rector, to obey his bishop and to submit to the cardinal — all of whom kiss the ring of the pope.

All of this bowing, obeying and willful submission programs the brain to normalize hierarchical authority, and in some less secure individuals, to deeply internalize this way of relating and to replicate it.

As in sexual abuse, church leaders who have witnessed domestic abuse in their families or who have experienced such abuse as children may be particularly susceptible to behave abusively themselves. When a fragile ego combines with learned patterns of abuse, the stage is set for domestic abuse.

While abusers do not fit neatly into any particular diagnostic category, their behavior is not considered “normal.”

Psychologically healthy adults do not mandate obedience, forbid dialogue about subjects they do not wish discussed, or use oppressive tactics to gain control over others. Personally secure leaders don’t issue orders to other functioning adults, threatening punitive measures if they are not obeyed.

Often described as having a “Jekyll and Hyde” personality, most abusers can be quite civilized and even charming when they need to be. Their ability to function as CEOs of companies and preside over large corporations does not eliminate them from the pool of the insecure who strike out against those who threaten them. Some male abusers have been found to harbor a secret loathing of females, considering them inferior. Since such attitudes are certainly present in the history of the church (read St. Jerome), it is possible that its influence still inhabits, consciously or the unconsciously, the collective mind of church leaders.

The persistent desire of hierarchical leaders to keep women under their control and out of their sphere of leadership, especially women theologians, suggests that the “Jerome Syndrome” might still be operative.