File under: The Stupid, it burns!

The cardinal who is favourite to be the first black pope has linked clerical sex abuse with homosexuality, according to a report by The Times in The Australian. 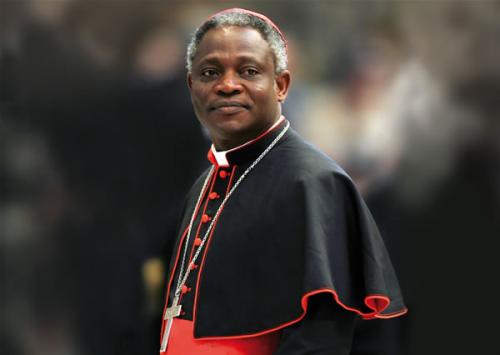 Cardinal Peter Turkson claimed the sort of abuse that has shaken catholicism to its roots in Europe was unlikely to ravage the church in Africa because its culture condemned gays.

Cardinal Turkson, from Ghana, who is president of the Pontifical Council for Justice and Peace, is the second-favourite after Cardinal Angelo Scola of Milan to succeed Benedict XVI, but he became the target of anger from sex-abuse victims after he told a television interviewer that Africa’s hostility to homosexuality would protect it from sex abuse.

When asked whether the sex-abuse scandal could spread to Africa, the 64-year-old cardinal said it was unlikely to be in the same proportion as in Europe.

“African traditional systems kind of protect or have protected its population against this tendency,” he said, “because in several communities, in several cultures in Africa, homosexuality or for that matter any affair between two sexes of the same kind, are not countenanced … so that cultural taboo, that tradition, has been there. It has served to keep it out.”

Cardinal Turkson also acknowledged in the interview that many Catholic nuns had been driven out of the church because they were prevented from joining its top levels, but he defended the ban on women’s ordination as part of tradition.

“It is just how the church has understood this order of ministry to be,” he said.