The Vatican has called a halt to the appointment of any more Scottish bishops until a full investigation into the Cardinal Keith O’Brien scandal is completed by Rome.

In the first known move in relation to the crisis since the election of Pope Francis, Scotland’s leading Catholic cleric Philip Tartaglia was given the news at a meeting in the Vatican this week. 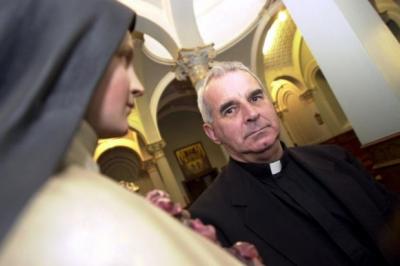 Cardinal O’Brien resigned from his position as Archbishop of the Archdiocese of St Andrews and Edinburgh two months ago amid confessions of gay sexual activity spanning decades.

The move by Cardinal Marc Ouellet, one of the front-runners in the recent conclave to elect a new pope, means three dioceses – Paisley, Dunkeld and Edinburgh – will not have their vacancies for a bishop filled.

Another two with ageing bishops, Motherwell and Galloway, will not have their churchmen replaced.

Canadian Cardinal Ouellet is the current prefect of the Congregation for the Bishops, which oversees the selection of new bishops.

Serving and former trainee priests have claimed to have been abused by Cardinal O’Brien, who remains a cardinal.

In another move, it is understood the Congregation for the Bishops has instructed the Pope’s ambassador in the UK to keep the book open on Cardinal O’Brien and continue to gather evidence. The demand is another indication Pope Francis is turning his attention to the crisis engulfing the Catholic Church in Scotland.

It also wants evidence on the allegations of a “gay mafia”, sexual bullying and open sexual relationships in seminaries made in a recent book by a serving priest in Lanarkshire, Father Matthew Despard.

Meanwhile, it is understood Cardinal O’Brien has been seeking clarification from the Papal Nuncio in London as to the status of the investigation into the claims.

He has been given assurances no decision has as yet been taken to remove him from the clergy or demote him.

There have also been discussions in Church circles that the Catholic hierarchy was of the view the storm around Cardinal O’Brien had passed and that it wanted to brush the matter under the carpet.

There have been claims that, having removed himself from public life, the only punishment he would face was not having a burial at St Mary’s Cathedral in Edinburgh.

However, the moves in recent days gave a clear indication the Vatican has not closed the book on the Cardinal O’Brien fallout and has extended its interest into Father Despard’s claims.

One source said: “Philip Tartaglia was meeting with Ouellet over the situation Scotland has faced for several years. It needs new bishops.

“But Ouellet’s made it clear: no new broom until Rome gets to the bottom of all that’s happened here. Scotland’s not the Holy Father’s priority, but this book and the Cardinal have brought disgrace to the Church. Utterly discredited it in the eyes of the world and Francis wants cleansing.”

Another said: “Were the Congregation for the Bishops simply to give the nod for new blood now, the Church would face ever more accusing of trying to sweep things under the carpet. It doesn’t want that here.”

The Vatican did not respond to a request for an update on the investigation into Cardinal O’Br ien. No-one was available at the Papal Nuncio’s office.

Cardinal O’Brien was also contacted but he was unavailable.

A spokesman for the Scottish Catholic Media Office said: “Since the complaints against the Cardinal went directly to the Vatican it will be for them to deal with and decide what action to take.”

Three priests and a former priest made allegations of “inappropriate” behaviour against Cardinal O’Brien. He apologised and asked forgiveness from those he had offended as he stepped down.