By Victoria Kim and Harriet Ryan

Confidential personnel records from five Catholic religious orders were turned over to victims of sexual abuse Wednesday in the first wave of a court-ordered public disclosure expected to shed light on the role the groups, operating independently of the L.A. Archdiocese, played in the region’s clergy molestation scandal.

The documents pertain to a dozen priests, brothers and nuns accused of sexual misconduct in the landmark 2007 settlement with hundreds of people who filed abuse claims against the Roman Catholic Church in Los Angeles. An additional 45 religious orders will release the personnel files of their accused clergy by this fall, completing what is believed to be the fullest accounting yet of the abuse crisis anywhere in the Catholic Church. 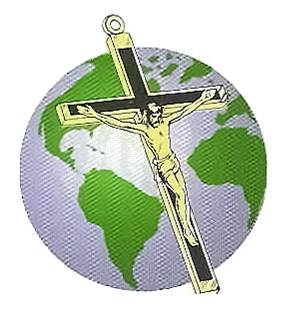 The 1,700 pages released by the religious orders differ markedly from those disclosed in January by the Los Angeles Archdiocese to comply with the terms of its settlement with all victims abused within its three-county jurisdiction. The archdiocese handed over materials reflecting Cardinal Roger M. Mahony’s meticulous record-keeping of molestation claims and treatment of accused offenders.

By contrast, the order files are a hodgepodge of seminary report cards, vacation requests, baptismal certificates and breezy dispatches in which priests update their higher-ups on parish projects. For the most part, the files have little or no reference to abuse allegations that surfaced in lawsuits a decade ago, suggesting the orders were either unaware of molestation claims or opted not to document them.

When matters of abuse were referenced, officials sometimes seemed reluctant to commit the ugly details to paper. In the case of Benedictine priest Mathias Faue, one supervisor wrote vaguely of “his problem” or “difficulty.” In the file of Oblate Father Ruben Martinez, an order official repeatedly switched to Japanese characters to note sensitive subjects, including his admissions of “homosexuality” and “relations with boys.”

Although the archdiocese took the lead in the litigation, about half of the alleged perpetrators belonged to religious orders, such as the Jesuits, Salesians and Vincentians, and answered to those orders rather than the local archbishop.

Wednesday’s release also covers the Marianists, the Benedictines, the Oblates and two orders of nuns. The disclosures by the Cabrini Sisters and the Sisters of St. Joseph of Carondelet mark the first time in the L.A. litigation the files of women have been made public. The two nuns, who are deceased, were accused in lawsuits of sexually abusing students decades ago. Their files contained no information on misconduct allegations.

The files that do detail abuse allegations show superiors at order headquarters in Shawnee, Okla., Washington D.C., and other far-flung locales struggling to keep tabs on repeat molesters working in Southern California.

In the decades before email and cheap air travel, their efforts to track problem priests often relied on the U.S. Postal Service. In a 1985 letter to Faue, his supervisor in Oklahoma wrote that he’d heard of misconduct around the globe but knew little for sure.

“I never found out [the] exact circumstances in Prague. There are rumors that float in the community about some difficulty you had years ago in Montebello and in Anadarko,” the supervisor wrote. Faue died in 1989 while working at the Montebello parish.

In the case of Martinez, order officials in Oakland and Washington, D.C., began trying to deal with his abuse of boys in Los Angeles in the early 1980s, but didn’t realize the full scope of his misdeeds until 2005 when he admitted his victims could number as many as a hundred.

At 521 pages, Martinez’s file is the longest and chronicles decades of molestation that began soon after his 1968 ordination. In the 1980s, at churches in Pacoima and Wilmington, two mothers raised concerns about Martinez’s behavior with altar boys. But it was several years later, when Martinez himself complained of fatigue and burnout from parish work, that he was sent to therapy at a New Mexico center for troubled clergy.

After completing the treatment in 1991, he was allowed back into ministry by Father Paul Nourie, a newly appointed head of the order, even though Nourie wrote that he had “every reason” to believe the veracity of complaints of Martinez’s “alleged misbehavior with younger males.” Calling him “blessed and gifted,” Nourie sent Martinez to an Imperial Valley church, where he was soon working with youth.

“Today we had first Holy Communions. We had about 30 children,” Martinez wrote to a superior in May 1992.

In 1993, a 25-year-old man came forward with another allegation, saying Martinez had abused him as a teenager some years back. The man asked that the authorities be notified, and said he wanted to make sure no other children were hurt. Officials took Martinez out of ministry and sent him for another evaluation, but told the man they were limited in what they could do.

“I indicated … that the Oblates could not really tie a person down, but that we could provide treatment, a healthy environment, and continued supervision,” Nourie wrote. There is no indication in the file that authorities were alerted.

By 2003, with the sexual abuse crisis making international headlines, the Oblates had a drastically different response to any whiff of scandal. Complaints that Martinez had made “off-color jokes” at a California retreat were met with a stern letter telling him the behavior would not be tolerated and threatening to move him to a restricted-living community for abusive priests. When he was found downloading unspecified “inappropriate material” on office computers the following year, he was once again sent away for an evaluation, where he told therapists he had had “sexual contact with about 100 minors” in the past. As of 2006, Martinez was living at a Catholic center in Missouri for troubled clergy. Now 72, he did not immediately respond to a request for comment through order attorneys.

One man who received a settlement for abuse by Martinez at Holy Family Parish in Wilmington in the 1970s said he hoped the disclosure of the priest’s personnel file would be the final step in his healing process.

“I always felt angry and that my childhood had really been ruined,” said the man, now 50 and an Inland Empire resident. “After the records being released, I have closure.”