Michael Geilenfeld won a defamation case against a Freeport man in a federal civil trial in Portland this past summer.

Haitian investigators are looking into new allegations of child sex abuse against an American man who founded an orphanage for boys in Haiti’s capital decades ago and who successfully sued a Freeport, Maine, man for defamation this summer.

Police with an arrest warrant searched unsuccessfully Friday for Michael Geilenfeld at a modest private residence in a mountainside community above Port-au-Prince and the nearby Wings of Hope home for about 30 physically and mentally disabled children and young adults. On its website, the facility says it is a “critical part” of Geilenfeld’s charitable organization.

Geilenfeld and his North Carolina charity, Hearts with Haiti, this year sued Paul Kendrick of Freeport for defamation. In July, a federal jury in Portland, Maine, agreed with Geilenfeld and the charity that Kendrick had been reckless and negligent in launching an email campaign spreading false claims that Geilenfeld had sexually abused some orphans in his care.

The jury awarded $7.5 in damages to the charity and $7 million to Geilenfeld.

Kendrick said Saturday that he welcomed the new investigation of Geilenfeld.

“In my mind, children in Haiti are still not safe from Michael Geilenfeld,” Kendrick said. “Now, Haiti officials are stepping in and I applaud that.”

Kendrick said a U.S. District judge in Portland dismissed a motion to order a new trial and another asking that the award be determined excessive in the defamation case. He said his lawyer will file an appeal with the 1st U.S. Circuit Court of Appeals this month. 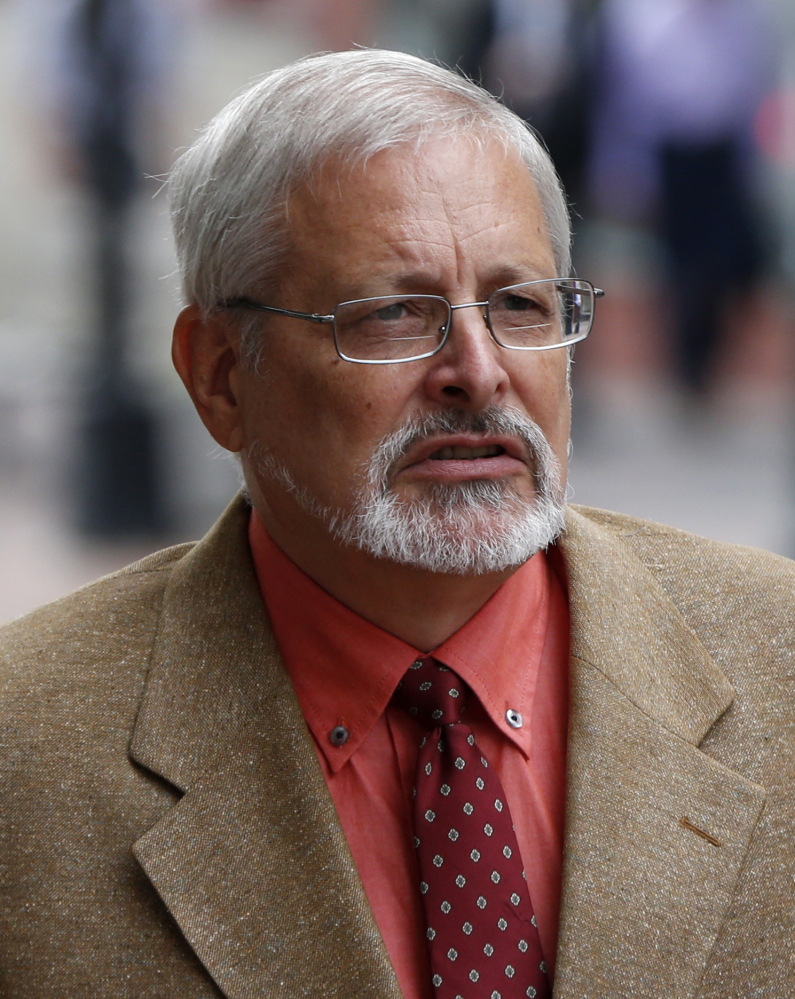 Geilenfeld is already the subject of another criminal case in Haiti that accused him of sexually abusing boys in his care. He spent 237 days in detention before being released in April by a Haitian judge who dismissed the charges in a brief trial that was not attended by the accusers, now adults. But the country’s justice minister granted a re-examination of the case and it is now in court again on appeal.

In the trial in Maine, Geilenfeld had testified that he believed the false accusations of sexual abuse lingered against him in impoverished Haiti because he was a gay man in what he described as a homophobic country.

Geilenfeld, an Iowa native and former Catholic brother, founded the St. Joseph Home for Boys in Haiti’s capital in the 1980s. At the defamation court case in Maine, which saw seven Haitian men testify they were molested as youngsters by the American man, Geilenfeld said he was inspired by Mother Teresa’s missionary work to do good works in Haiti. He has repeatedly denied any wrongdoing.

Kendrick said Saturday that the jury was misled by “a charming child molester.”

During the search Friday at the Wings of Hope facility in Fermathe, a government official who accompanied police showed reporters an arrest warrant for Geilenfeld signed Thursday by General Prosecutor Jean Abner Emile. Geilenfeld returned to Haiti after the Maine defamation case was completed.

Haitian authorities questioned staff members about Geilenfeld’s whereabouts. Communications director Renee Dietrich told them she had spoken to him several days ago but didn’t know where he was. She also showed them unanswered calls she made to him on her cell phone.

Dietrich declined to speak to reporters with The Associated Press who witnessed the Friday police searches, referring all queries to Geilenfeld’s U.S. lawyer, Peter DeTroy, whose law firm is in Portland, Maine. He did not respond to an email seeking comment and has previously said he has no involvement with legal matters in Haiti.

Alain Lemithe, Geilenfeld’s Haitian lawyer, said he was confident that his client would prevail in Haiti’s appeals court in the coming weeks and said the timing of new allegations appeared to be “very suspicious.”

Haitian investigators were accompanied Friday by Valerie Dirksen, a real estate agent from the Atlanta metropolitan area who says she sponsors two young Haitian men who claim they were abused by Geilenfeld when they were under his care as boys.

According to Dirksen, the new arrest warrant for Geilenfeld was issued after a magistrate judge visited the St. Joseph Home for Boys and found three youngsters residing there with him, a violation of an earlier mandate by Haiti’s child welfare authority.

“I will stay here in Haiti until he is arrested,” she said outside the Wings of Hope home.