The Lay Advisory Board of the Catholic Diocese of Yakima will not be listing the names of local clergy on its website who have had credible claims of sexual abuse leveled against them.

The board last month discussed listing priests’ names on the diocesan website and took no action nor made any recommendations to Bishop Joseph Tyson. 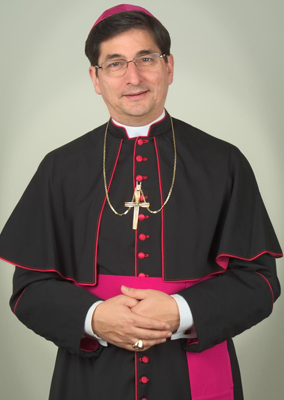 The seven-member group, which meets quarterly, investigates any allegations of sexual misconduct in the local Catholic church.

The subject arose after the Catholic Archdiocese of Seattle published a list of clergy and other church personnel accused of sexually abusing children on its website in January. The 77 names were those who either admitted abuse, had credible claims made against them or claims established to be true, the Seattle Archdiocese said.

In an email sent last week to the Yakima Herald-Republic, Monsignor Robert Siler, Yakima Diocese chancellor, explained that the lay advisory board concluded that the names of credibly accused priests here already had been made public, either released in notices by the diocese, listed in this newspaper or named in the legal system.

“While the Bishop will continue to consult widely (including the Board) as to the advisability of making any further public release of names, the Diocese does not see a pressing need to do so at the present time,” Siler wrote.

He added that the Diocese is continuing to provide safe-environment training to its clergy, employees and volunteers, as well as provide care for victims and investigate any cases of alleged sexual abuse.

Since 2003, the Herald-Republic has published the names of 16 priests and church personnel, who served in the Yakima Diocese and who were determined to have credible allegations of abuse of minors made against them. Ten are deceased, and none is still active in the ministry.