HOLLIDAYSBURG — It has been two months since the grand jury report into the Diocese of Altoona-Johnstown was released.

One man said Bishop Mark Bartchak isn’t doing enough and there is more corruption in the diocese.

George Foster is a name that might sound familiar. He kept records detailing church sex abuse, long before the grand jury report was issued.

Tuesday, Foster said the abuse allegations are only the tip of the iceberg and is calling on the bishop to do more.

The Hollidaysburg man also recently took out an ad in a local newspaper airing his frustrations.

“I met with this current bishop on more than one occasions and talked to him for several hours about how this problem got here in the diocese . The children molestation that was brought up is only part of the problem, the real problem is the problem of priestly immorality,” Foster said.

Foster said he is aware of allegations of clergy soliciting sex online and having consensual sex with an adult, even though it is forbidden. He says this behavior is unfit for church leaders. Foster said he’s brought this information to Bartchak. 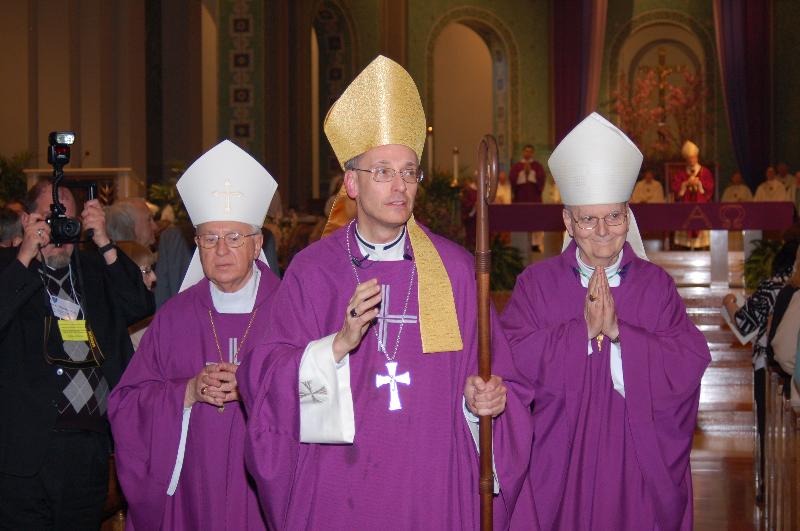 “The bishop doesn’t say anything in his conversations. I think the Catholics have to be active and start calling the diocese and demanding change,” Foster said.

Bishop Bartchak responded by saying, “In regard to cases not involving abuse of a minor, the diocese will continue to take the necessary steps so that those who serve in the Church are suitable for the ministry entrusted to them.”

As for any allegation the he is turning a blind eye to the sex abuse of minors, the bishop said, “This is simply false. I remain committed to the protection of children and young people.”

On Tuesday, the diocese created on its website a list of priests who are the subject of sex abuse allegations on its web site, something Bartchak had promised to do after the grand jury report was first released.

Victims are encouraged to contact the hotline setup by the Attorney General’s Office at 888-538-8541.