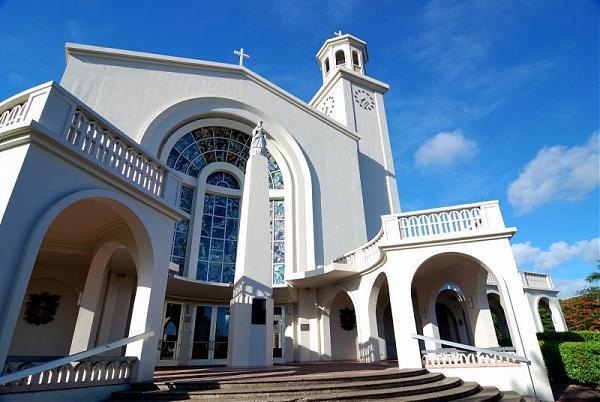 Another Guam law firm is reaching out to those who were sexually abused by clergy as children.

Gov. Eddie Calvo recently signed a law, lifting the statute of limitations on civil suits against those accused of sexually abusing children, as well as the institutions that supported them. The new law is in response to allegations by former altar boys who said they were sexually abused by Guam clergy decades ago. Among those accused was Archbishop Anthony Apuron, who was a parish priest in Agat in the 1970s.

The first Guam law firm to file lawsuits against the Archdiocese of Agana and its priests is Lujan & Wolff LLP, which has so far filed nine lawsuits on behalf of seven former altar boys and former Boy Scouts. Attorney David Lujan said more lawsuits will be filed in the weeks ahead, and the defendants include institutions other than the Catholic church.

Lujan’s clients have alleged abuse by Apuron and former Guam priest Louis Brouillard, who has admitted to abusing altar boys decades ago.

The law office of Dooley Roberts Fowler & Visosky LLP,  said it has teamed up with mainland-based lawyers who have experience representing survivors of childhood sexual abuse, including abuse by Catholic priests. The law firm said it will maintain the confidentiality of its clients as much as possible.

“A number of Catholic priests who served in Guam have been the subject of allegations of child sexual abuse. Some of the allegations date back many years, while others have been made more recently, after Guam changed its statute of limitations to make it easier for abuse survivors to come forward and seek redress for what they endured,” the law firm stated.

It is likely that lawsuits, according to the law firm, will force the Archdiocese of Agana to disclose any information it has regarding these allegations, including whether people posed a danger to children, and if so, whether the archdiocese failed to take reasonable steps to protect children from them.

The Archdiocese of Agana has repeatedly apologized to victims of clergy sex abuse and offers prayers to them.

Dooley Roberts Fowler & Visosky issued a list of Guam clergy who already have been publicly accused of abuse, along with a brief explanation of where they worked.