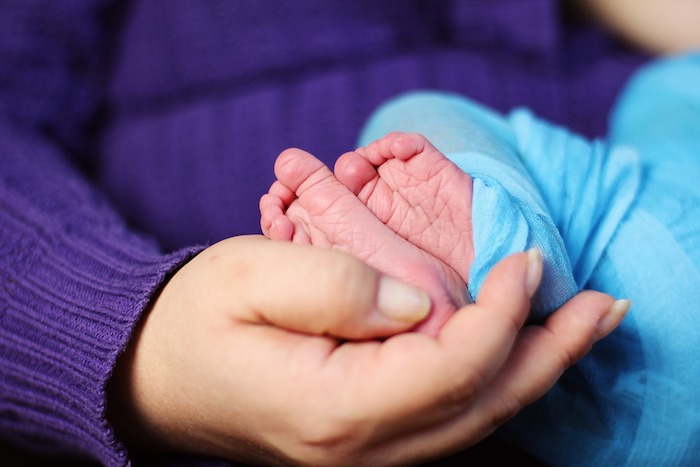 One priest raped a girl who bore him a child. Another made his victim get an abortion in violation of church doctrine. And others preyed upon women and girls in their parishes for years with impunity.

The crimes — and their cover-ups by Catholic church leaders, such as Cardinal Donald Wuerl, the current archbishop of Washington — are presented in graphic detail in a landmark grand jury report that documents decades of abuse committed by hundreds of clergy in six Pennsylvania dioceses.

Many previous reports about sexual misconduct among priests have focused on homosexuality and pederasty, but the grand jury report delves into sex crimes against female victims and their consequences when pregnancies occurred.

The report notes four cases that occurred in the Scranton diocese in which bishops and other church leaders allowed predator priests to continue in the ministry. The leadership also used confidentiality agreements with settlements to silence the victims. In one instance, they provided tuition for a young boy to attend a school in the diocese.

Children fathered by priests are also victims of trauma and unrecognized by the Church, says Vincent Doyle, the founder of COPING, Children of Priests International. A psychotherapist from western Ireland, Mr. Doyle, 35, is the son of a Catholic priest, which he discovered in 2011.

“I was subsequently called to keep quiet and interestingly enough, not by one single priest but by members of the lay community,” Mr. Doyle said in a phone interview with The Washington Times.

He started his organization to raise awareness of the plight of children of priests and call for recognition in the Catholic church. He was part of a landmark effort in Ireland that had the Catholic leadership acknowledge that children born to priests are due fundamental support including “personal, legal, moral, financial.”

A one-page communique by the Irish Episcopal Conference in May 2017, first made available by Mr. Doyle to The Boston Globe in its reporting on the cover-up of abuse in the Roman Catholic church, states that priests who father children must “face up to his responsibilities” and that the “two parents have a fundamental right to make their own decisions regarding their care of their new-born children.”

In cases outlined in the grand jury report, published Tuesday, at least one woman said she had a crisis of faith after becoming pregnant by her abuser-priest. The church gave her a large sum of money and thousands of dollars more later, when she said she continued to suffer from the trauma of sexual abuse.

“In terms of being proactive, the [U.S. Conference of Catholic Bishops] need to emulate the Irish Episcopal Conference with regard to safeguarding of minors affected by the issue surrounding children of priests,” Mr. Doyle said.

The U.S. Conference of Catholic Bishops did not return a request for comment by press time.

Notably, Pope Francis has yet to issue a comment on the report, which names 301 priests in six Pennsylvania dioceses, accused of grievous acts of sexual violence and abuse on more than 1,000 children, some as young as 18 months old. The abuse was never brought to the attention of law enforcement, and when charges surfaced, victims were silenced and priests were hidden away.

Cardinal Wuerl, who served as bishop of Pittsburgh for 18 years, defended his role Tuesday in a statement: “While I understand this report may be critical of some of my actions, I believe the report confirms that I acted with diligence, with concern for the victims and to prevent future acts of abuse.”

The following four cases from the grand jury report show how the Scranton diocese dealt with pregnancies and the children of priests:

Father Thomas Skotek sexually assaulted a minor female between 1980 and 1985, resulting in her pregnancy. He helped her get an abortion in 1986. When church officials, namely Bishop James Timlin, became aware of the situation, they transferred Father Skotek to another parish and, in 1989, offered $75,000 to the girl and her family contingent on a non-disclosure and confidently agreement.

Skotek served 39 years in the church in at least 10 communities. He was removed from active ministry in 2002, the same year The Globe broke the story of sex abuse and its cover-up in the Boston diocese.

At the same time Bishop Timlin was shuttling Skotek out of Scranton and coordinating a payment to a young girl and her family, he was sent three letters accusing another of his priests, Father Robert Brague, 46, of a sexual relationship with a teenage girl.

The first two letters were sent anonymously, but a third letter was written from the sister of the high school victim. The letter author said her sister, at 17 years old, was pregnant with Brague’s child and that she believed him to be involved in at least two other affairs.

Bishop Timlin responded to the sister’s letter, saying he removed Brague from his duties as soon as he heard of the affairs but that the responsibility for the relationship rested solely on Brague and the young woman.

“Father Brague and your sister have a long, difficult road ahead … What has happened is their responsibility and certainly Father Brague will take care of his obligations,” Bishop Timlin wrote in a 1988 letter, according to the grand jury report.

In 1989, the teenage girl gave birth to a baby boy, and Brague was reassigned to a church in Florida in 1990.

In 1996, the mother asked the Scranton Dioceses to arrange for her son to attend one of the Catholic schools in its jurisdiction free of charge. The diocese arranged a scholarship for the boy.

Father Joseph Flannery’s case is among the shorter cases in the report. It documents that between 1964 and 1966, the Diocese of Scranton received letters saying Flannery had engaged in affairs with women, dated and impregnated a young girl and was seen on vacation with her in Atlantic City.

There was no documentation showing an investigation or a questioning of the priest, the report states.

In 2016, the diocese sent a list to the district attorney’s office with the names of priests who had complaints against them sexual abuse of minors and included Flannery.

Monsignor J. Peter Cryne resigned from the Diocese of Scranton in 2006 under credible allegations of sexual misconduct with teenage girls.

The grand jury report lists at least six encounters with teenage girls taking place throughout the 1970s, mostly girls between 15 and 17 years old.

In one situation, it is unclear exactly if Crynes impregnated a girl. That 15-year-old was sent to Crynes for counseling and support for an eating disorder. He brought her to a counseling center and stayed with her there, entering her room at night, kissing and caressing her.

“Upon returning home, the girl discovered she was pregnant,” the report states. The parents called Crynes again for support and help and he drove the girl to a nearby college, parked the car and “pulled her onto his lap. That was her last contact with him.”

When confronted with the allegations in 2006, Crynes confirmed the accusations and defended himself by saying his physical behaviors with women were “gestures of loving paternal affection,” according to the report.