The gay French auteur collaborated with real-life victims of sexual abuse for his powerful latest, “By the Grace of God.” 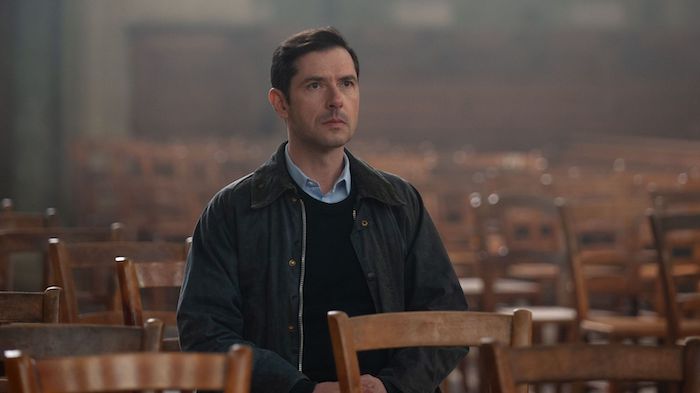 François Ozon has long been regarded as an enfant terrible of French cinema for his subversive, darkly comic, sexually provocative, and genre-hopping films, including 2012’s In the House, 2003’s Swimming Pool, and 2002’s musical murder mystery 8 Women (featuring a cast of iconic French actresses).

Yet the gay auteur has earned a new reputation as the good son this year thanks to By the Grace of God, a briskly paced procedural about the real-life case of a French pedophile priest, Bernard Preynat; the Lyon-based Catholic cardinal Philippe Barbarin, who covered up and enabled Preynat’s crimes for decades; and the adult victims who urgently fought for justice against a ticking statute-of-limitations clock.

With help from Preynat’s victims and their activist organization, La Parole Libérée (or, Lift the Burden of Silence in English), By the Grace of God takes cues from 2016’s Oscar-winning film Spotlight, following father of five Alexandre (Melvil Poupaud) as he realizes the priest who abused him decades earlier, Father Bernard Preynat (Bernard Verley), is still interacting with children. In communications and meetings with Cardinal Barbarin (François Marthouret) and Preynat himself, Alexandre grows increasingly frustrated by the Church’s inertia in the matter, which leads to his collaboration with other former victims, including fellow family man François (Denis Ménochet), whose experiences shattered his relationship with his brother, and the emotionally crippled, seizure-prone Emmanuel (Swann Arlaud).

The now 74-year-old Preynat unsuccessfully attempted to block the movie’s release in France, for fear it would influence his trial (he was defrocked by the Church this past summer, while Barbarin was found guilty in civil court and received a suspended prison sentence). Visiting New York during By the Grace of God’s opening weekend, Ozon spoke with NewNowNext about the powerful film, which he was first inspired to make when coming across the victims’ website.

Were the victims familiar with your work when you approached them to make this film?

Yes. They had seen some of my films, and because I was a director of fiction features, they trusted me. They had done so many interviews with journalists and TV people, they were very proud that someone from the fiction world came to them, and it was right after Spotlight, which was really important in France. When they did interviews with me, I realized they were waiting for me to make a kind of French Spotlight about their story.

In your recent interview with The Guardian, you mentioned that you narrowly avoided being molested by a priest when you were 7 or 8 during a game of hide-and-seek.

es, it was something I had totally forgotten. While listening to the testimonies of the victims suddenly it came back to me, and I remembered this very strange moment with a priest when I was a child. I realized maybe it could have happened to me.

Did you consider trying to find that priest now, so you could ask him about it?

No, no. I remember his name, but nothing happened, so I think it was a fight inside him.

How did you decide which victims you’d frame the film’s narrative around?

It was obvious that I should use Alexandre and François’ stories. For the third character, I was looking for someone from a different social background—someone who maybe was not able to have a family and children and a good job. They told me about Emmanuel, and I met him and it was very powerful, because he was exactly what I was looking for. But I also met some other victims who helped me understand more what the experience of being a survivor of child abuse is like.

Did you also try to find a gay man to spotlight?

Yes, of course. I asked, and it was very sad because the answer they told me was that very often gay men [in these situations] commit suicide. It’s a real fight for them to come out and make the link with what happened as a child, being raped. So it was a struggle inside them, especially within very Catholic families.

Some feel that the policy of celibacy within the Catholic Church is partly to blame for some priests turning to children for sexual release. Do you feel this is the case?

I don’t know. It’s a big question, but what I saw is that the Catholic Church has to start a revolution in its relationship with sexuality. There is a problem because sexuality is always linked to reproduction, and as long as sexuality is not accepted as something human, this change won’t be possible.

Dan Savage pointed out in a tweet that “if kids got raped by clowns as often as they get raped by priests it would be illegal to take your kids to the circus.” Why do people keep going back to the Catholic Church when this happens over and over?

It’s not the case in France. I think the Catholic religion has lost many people in France because they were very shocked by the way the institution dealt with all these problems. But maybe in America it’s different.

Have there been any updates on Preynat and Barbarin since the film was released?

Preynat was defrocked, and that was a big victory for the survivors. Barbarin was condemned and went to the Vatican to propose his resignation to Pope Francis, but the Pope refused it, and that was a big scandal. People, especially French Catholics, didn’t understand, because the Pope didn’t stop saying “zero tolerance for pedophilia.” His words were always against pedophilia, but the acts don’t follow those words. A big problem.

How do you personally feel about Preynat?

I think he’s an asshole and a product of the old church. He doesn’t really feel guilty. He lives with this vice, and it’s terrible because he always told the truth. He has always said, “I have a problem with kids.” And the institution protected him for such a long time, so he had a feeling of impunity [like] he’s outside of reality, beyond reality. Now he’s defrocked and his life has totally changed, because he doesn’t exist as a priest or have the institution to protect him anymore. So I hope he has changed, but I’m not sure. When I read the reports from his interviews, I got the feeling he hasn’t understood what he really had done.

Has the experience of tackling a real-life big issue changed you as a filmmaker?

Of course it was a great adventure and a big challenge for me, and it was a big discovery to see things can be changed through fiction. Often journalists ask me and other directors if we think cinema can change the world, and we always answer, “No, of course not.” But with this film, things really did change in France. Many victims told me what happened to them, and that the film made it easier to accept and speak out after watching it. So this film was very important and had a big impact on the Catholic Church in France, and I’m very proud of that, but I didn’t imagine that before the film.

Does this film need a follow-up? Is there more to say on the subject?

I’m not a politician. I’m an artist, and don’t give the answers to all these problems. I just ask questions. That’s what interests me. Afterwards, it’s up to you to change things. That’s why at the end of the film when the son asks his father Alexandre, “Do you still believe in God?,” I don’t show the answer. It’s because it’s not my part as a director. My part is just to ask the good questions.

By the Grace of God is now playing in theaters in New York City and Los Angeles.