Flight attendant recalls airplanes full of Indigenous students bound for residential schools, saying she ‘always knew’ something was off. After the discovery of 215 children’s remains, ‘now I know why’ 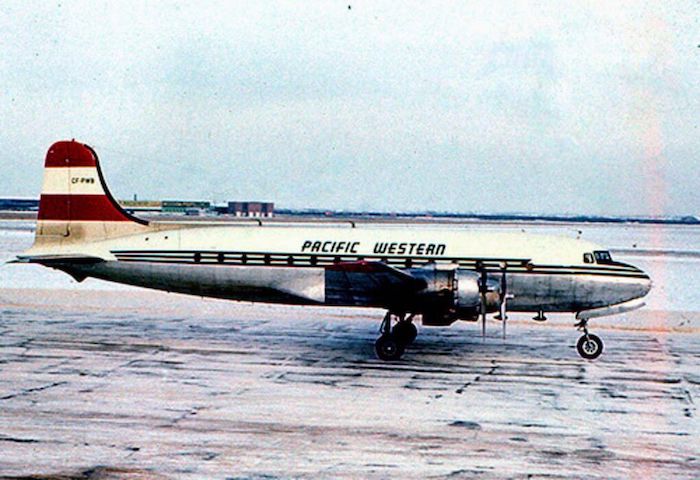 “In the early 1960s, I was a flight attendant that took children to and from residential school,” she says.

Gray, who lives in Winnipeg, worked on Pacific Western Airlines flights for 14 years. In those days most passengers were either wealthy vacationers or business travellers.

On most flights, she served people who looked forward to reaching their destinations.

There is one trip that has never left her mind.

Some purchased and operated their own planes, such as the Missionary Oblates of Mary Immaculate, who ran the Kamloops residential school where hundreds of children’s bodies were discovered buried in unmarked graves last month.

One Oblate missionary named William Leising spent his entire life flying to Indigenous communities, picking up children and delivering them to residential schools in Manitoba, Nunavut and the Northwest Territories.

He called his plane the “flying school bus.”

On some flights, seats would be removed to pack in as many children as possible. To save costs, the churches labelled children as “freight.”

For Indigenous children, travelling to residential school was a nervous, uncertain and, often, traumatic experience, especially if they knew what awaited them.

Gray was on one of those flights, escorting about 50 Inuit children to residential school in Inuvik, N.W.T.

“It was a long, difficult flight on a DC-4 airplane,” she recalls. “All of the children cried at some point during the flight and most threw up. One even vomited on me. We ran out of sick bags.”

Gray tried her best to do her job.

“I talked to two little girls who couldn’t stop crying, trying to convince them they were going to a good school, because I thought the Catholics had good teachers.”

Gray remembers giving them cookies to make them feel better.

“Then they told me they missed their families,” she says.

Months later, she heard that some of the children had tried to escape from the school; getting home would have been an impossible journey.

Now, a half-century later, and in the wake of the Kamloops discovery and others across Canada, she feels it’s so important to talk about her experience in order to understand what she was a part of.

‘I always knew there was something more to what I witnessed,” she tells me, “and now I know why.”

The role of aviation in the story of residential schools is not well known. It is, however, an essential part; planes were the primary means of transportation to some schools, especially in the North.

In many Indigenous communities, the arrival of a plane signalled the imminent removal of children. The opening scene of the 1989 CBC TV movie Where the Spirit Lives, created from stories told by residential school survivors, begins with a plane arriving in a Kainai community, flown by a pilot who then tricks the children into boarding.

The film over-dramatizes events; pilots didn’t need tricks, because Canada’s laws and the RCMP forced parents to send their children to the schools.

The Truth and Reconciliation Commission documented some of the role aviation played in the residential school system but had a difficult time finding pilots, flight attendants and other airline workers to participate in hearings.

The commissioners also had difficulty obtaining flight manifests, passenger lists and purchase agreements between the churches and airlines because of privacy and jurisdictional arguments.

In some cases, owners and employees died, documents were lost and airlines had gone out of business. As a result, there’s an incomplete picture of the involvement of one of Canada’s most important industries and everyone in it.

Telling this story now is a task that has been taken up by the new Royal Aviation Museum of Western Canada, which will debut in a new building near the Winnipeg’s Richardson International Airport early next year.

Overseen by Indigenous and Canadian researchers (I know, because I am one of them), the museum has committed to document and display the stories of aviation’s role in the residential schools system.

This week, museum curator Davide Montebruno reached out to Sharon Gray to tell her story. And the museum is inviting others to visit its website to share theirs, too.

“This is a big part of reconciliation,” Montebruno says. “We must tell the truth of what happened, no matter how uncomfortable it can be, so we can act different as a community.”

The hope is that Winnipeg’s newest museum can help Canadians understand how the airline industry participated in the country’s most genocidal policy.