Why Bishop Chaput is not the answer

The testimony before a grand jury in 2003 and 2004 of Cardinal Anthony Bevilacqua, during the D.A.’s investigation of clerical sexual abuse, is now online courtesy of the Inquirer; it was filed as part of the current trial of Monsignor William Lynn. Reading Bevilacqua’s actual words is important, to get the feel of who he was, his thinking, and the way he should run his archdiocese. 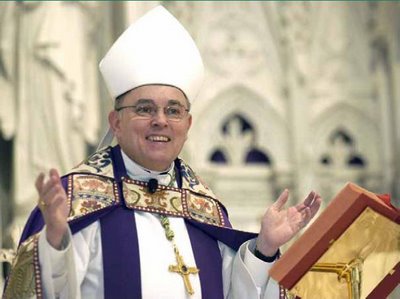 There’s another reason we should read what he said. The problem that the archdiocese of Philadelphia faces is not merely that it has been run by men who were far more concerned with protecting pedophile priests and the Church itself than the children who were raped by those priests. If that were the case, the solution would be straightforward: You get rid of those men at the top. But the problem is far deeper than a few Cardinals who are morally bankrupt. And that is what the Church refuses to understand.

Bevilacqua’s testimony is telling. At one point over many hours and many days, assistant D.A. Charlie Gallagher asked the Cardinal several times why–when a priest who had sexually abused a parishioner was removed–Bevilacqua did not inform that parish as to why their spiritual leader was gone.

Charlie Gallagher: “Don’t you think it would have been advisable to do that, to find out if he had abused anyone else?”

Cardinal Bevilacqua: “I repeat what I said before–we did not see it was necessary because no one was held back from reporting it.”

Gallagher: “Weren’t you concerned about whether or not there were other victims in that parish?”

Bevilacqua: “Oh, I’d be concerned about any victim, but there’s–if they wanted to come to us, they could have come anytime.”

Gallagher: “So you left it all up to these innocent children to come forward and make these claims; is that correct?”

Bevilacqua: “Their families. I don’t see–there was no restriction on anybody. They could come any time at all.”

Gallagher: “I’m not questioning the restriction … put upon the other parishioners. All I’m asking is: Don’t you think it would have been wise to go back to that parish to find out if there were other victims in that parish?”

Bevilacqua: “No, I didn’t think it was necessary, and I don’t see why we had to do that.”

That exchange, of course, is only the tip of the iceberg. We now know the story, of how the Church protected priests who raped children by moving them around to other parishes, where they went on their merry way raping more children. But I cite the above because of Bevilacqua’s chilling tone, and how it nails his monumentally skewed priorities.

So can this scandal be solved by the retirements of Cardinals Bevilacqua and Justin Rigali, and by bringing in Bishop Charles Chaput, who supposedly has a good record on sexual abuse (though there are serious questions about that)? In short, will Chaput’s aggressive brand of Catholicism move the archdiocese past the current mess?

No. Because the mindset and actions of Cardinal Bevilacqua–and his successor Rigali, who punted on the problem–are a symptom of a crisis even deeper than priests who rape children being protected and allowed to rape more children.

We are too far down the road of understanding institutional power for the Church to do anything but openly admit not just the facts of abuse, not just the awful way it has dealt with that abuse, but the most basic truth that everyone can now see: That the Church as an organization–as an institution with power held tightly at the top, with maintenance of that power the abiding concern–must fundamentally change.

I invite you: Take a look at that grand jury testimony of Cardinal Bevilacqua. His attitude merely reflects how power is organized and maintained in his Church. So it is beside the point to grade Bishop Chaput on what he did in Denver, or to put much stock in him reinvigorating the local faithful, because what this archdiocese needs, what the Church needs, is the radical understanding that its own power structure has gone haywire. In fact, it has been haywire, and the sexual abuse scandal, like the Arab spring, as messy as it is, as painful as it is, speaks to a changing world: In this case, the Church is no longer powerful enough to mute victims, and it must start listening to them. And to parishioners.

Watch, many are saying about Bishop Chaput: This guy is a firebrand. No such thing as Catholic lite from him. But Chaput’s style of faith, as charged and beautiful as it may be, is not the answer; his appointment, in fact, is an end run on the crisis. Because back to the fundamentals in an authoritarian way, which is what Chaput really offers as head of the archdiocese, is exactly the style that got the Church into this mess over the past few centuries. How long will it take to understand that?