A defrocked Roman Catholic priest who admitted molesting more than 20 children in California has been sentenced to three years in prison in Ireland for possessing child pornography, court officials said Tuesday. 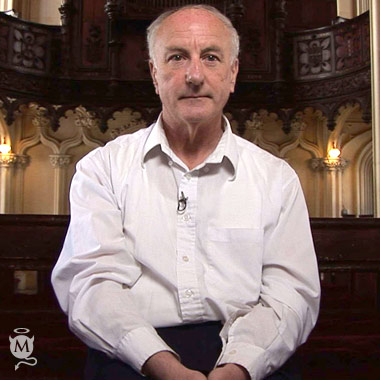 Oliver O’Grady, 66, was arrested in Dublin in December 2010 after leaving a computer containing pornographic images of children on a flight from Amsterdam.

O’Grady worked in northern California from 1971 until 1993, when he was arrested for abusing two brothers. He served seven years in prison and was deported to his native Ireland in 2000. He later moved to the Netherlands for several years.

O’Grady was the subject of the Academy Award-nominated 2006 documentary “Deliver Us From Evil.” In the film he spoke openly of abusing more than 20 children as he was shuffled from one parish to another in California through the 1970s and 80s.

The Dutch Catholic Church came under fire in 2010 after it emerged that O’Grady had been working as a church volunteer in the city of Rotterdam. O’Grady had been living in the country under another name, but parishioners recognized him when “Deliver Us from Evil” was aired on Dutch television. By that time, the disgraced ex-cleric had already left the country.

The Roman Catholic diocese in Stockton, California, disclosed last year that it had agreed to pay $2 million to a brother and sister who alleged O’Grady molested them as children in the 1980s while they attended the Church of the Presentation and its school.

The Sacramento Bee newspaper reported last year that the diocese has now paid out almost $21 million to O’Grady’s victims.