by David Zimmerman
According to a new report released by the Human Rights Campaign (HRC), the Roman Catholic Church spent approximately $2 million in an effort to defeat marriage equality initiatives in the four marriage ballot states of Maine, Maryland, Minnesota, and Washington this election cycle. An updated HRC report, available HERE, provides a snapshot of just how much money the Church, along with its close ally the National Organization for Marriage(NOM), poured into campaigns aimed solely at depriving LGBT Americans of dignity and respect. 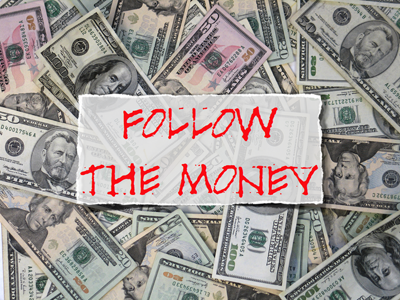 In Minnesota, the Roman Catholic Church spent upwards of $1.3 million, funding nearly 25 percent of the failed attempts to write discrimination into the state’s constitution. The Church’s funding included hundreds of thousands of dollars from dioceses across the country. The report also highlights the Roman Catholic Church’s donations to states where voters affirmed marriage equality – more than $100,000 in Maine; well over a quarter-million dollars in Maryland; and $307,000 in Washington.

Despite voters rejecting the anti-LGBT agenda financed by the Roman Catholic Church and NOM, the U.S. Conference of Catholic Bishops recently re-committed to fighting against equality for LGBT Americans. San Francisco Archbishop Salvatore Cordileone – a leading anti-LGBT voice within the Roman Catholic Church and one of the chief architects of Prop 8 – said the Church must continue funding discrimination because people “don’t understand” marriage.

The report breaks down publicly reported in-kind and cash expenditures from the Roman Catholic hierarchy, the Knights of Columbus, and NOM to the four ballot states. Final campaign figures from Maine and Maryland will be available in the coming weeks.