Four deaf Wisconsin men were some of the first to seek justice after suffering childhood sexual abuse at the hands of a priest, and a new documentary about the Catholic Church’s poor handling of such cases stemming from the Vatican seeks to make their voices heard. 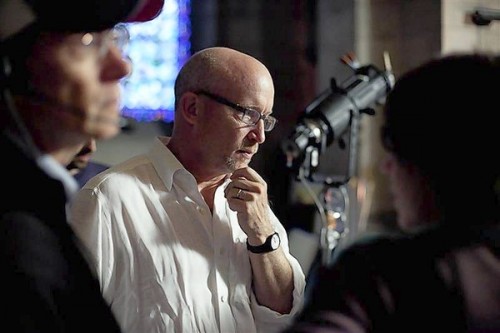 “Mea Maxima Culpa: Silence in the House of God” explores the impact of the Roman Catholic Church’s protocol as dictated from the Vatican for dealing with pedophile priests. It opens in U.S. cinemas on November 16, and will air on cable channel HBO in February.

Though American media coverage about child sex abuse by clergy has been extensive since a slew of cases came to light in Boston in 2002, Oscar-winning documentary director Alex Gibney wanted to connect individual stories with what he sees as systemic failures stemming from the top of the church.

“A lot of individual stories had been done about clerical sex abuse, but I hadn’t seen one that really connected the individual stories with the larger cover-up by the Vatican, so that was important,” Gibney told Reuters in an interview.

The film centers on the group of deaf men and their experiences as young boys attending St. John’s School for the Deaf in St. Francis, Wisconsin.

In a letter to the Vatican in 1998, the late Rev. Father Lawrence Murphy admitted abusing some 200 deaf boys over two decades beginning in the 1950s.

Murphy claimed he had repented, and asked to live out his last years as a priest, and was never defrocked or punished by civil authorities. He died in 1998.

In the film, the men communicate their frustrating attempts to bring their experiences to the attention of religious and civil authorities with effusive sign language and facial expressions, paired with voiceovers by actors such as Ethan Hawke.

The film also traces a convoluted bureaucracy – right up to the cardinal who is now Pope Benedict – to reveal a set of policies that the film portrays as often seeming more interested in preserving the Church’s image.

STRUGGLING TO BE HEARD

“These were deaf men whose voices literally couldn’t be heard, so there was a silence from them, and there was also this silence coming from the church, a refusal to confront this obvious crime, in part because they were covering it up,” said Gibney.

The Vatican has denied any cover-up in the Murphy case and in 2010 issued a statement condemning his abuse. It has criticized media reports about the Church’s handling of the cases as anti-Catholic.

Contrasting that, the film shows interviews with former church officials who talk openly of church policies to handle cases by “rehabilitating” abusive clergymen and snuffing out scandal.

Gibney said that all of the Vatican officials he contacted declined his interview requests.

Raised Catholic himself, Gibney no longer practices organized religion, but empathizes with Catholics who feel a sense of loyalty to the religion’s institutions and acknowledges that criticism of the church can feel like a personal attack.

“Mea Maxima Culpa,” a Latin phrase meaning “my most grievous fault” focuses on the failures of the Catholic Church’s hierarchy. But Gibney – who won an Oscar for “Taxi to the Dark Side” – said the film’s theme transcends religion and is also relevant for secular institutions.

“This is obviously about the church, but it’s also a crime film,” he said. “It’s about abuse of power and it’s about how institutions instead of reckoning with problems try to cover them up. It’s always the cover-up that creates the problem.”

Gibney thinks that the public’s stubbornly rosy perceptions of charismatic authority figures, including priests, is a major factor in such scandals.

“They’re often involved in charity or good works,” he said of high-profile abusers. “That seems to give you license to do unbelievable things because people cut you all sorts of slack that they wouldn’t normally do for other people.”