The Scottish Roman Catholic church is facing a series of questions about the conduct of its former leader and its attacks on gay rights, after Cardinal Keith O’Brien admitted to a secret sexual life dating back decades.

O’Brien is expected to face a more detailed investigation by the Vatican after admitting to incidents of sexual misconduct throughout his career, which started in 1965. 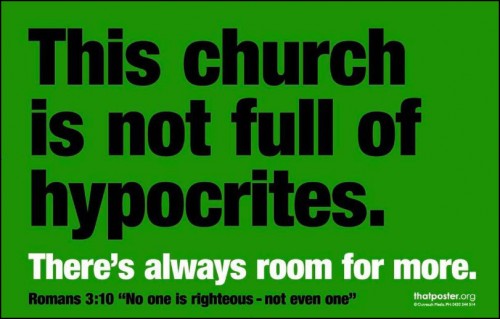 After a week of denials over allegations of sexual conduct and approaches by four men, the cardinal said on Sunday he was guilty of conduct that had “fallen beneath the standards expected of me”.

In a statement that left questions unanswered about the nature of that misconduct, he added: “To those I have offended, I apologise and ask forgiveness. To the Catholic church and people of Scotland, I also apologise.”

Those admissions are likely to supersede the original Vatican investigation, first revealed by the Observer, into formal allegations levelled against O’Brien in early February by three serving priests in his former diocese of St Andrews and Edinburgh, and a former priest.

The latter said he left the priesthood after he was sexually propositioned by O’Brien in the 1980s. Other incidents involving O’Brien, who became archbishop in 1985 and then cardinal in 2003, included a series of “drunken fumblings” and unwanted advances, church sources said.

His remarks are an admission that he breached ecclesiastical codes on celibacy and against homosexuality, and that his officials misled the Vatican, the Scottish church and the public in their denials following the Observer article.

While the Vatican inquiry is expected to remain confidential, and will be set up once 116 or so of the church’s cardinals gather in Rome elect Pope Benedict XVI’s successor within the coming days, it will ask O’Brien for further details about that misconduct.

It also exposes the cardinal and the Scottish church to claims of hypocrisy, and raises questions about whether other senior figures in the church knew about his private life and covered it up or failed to take action.

It also emerged last week that a fifth priest had reportedly made accusations to the Vatican against O’Brien late last year, concerning an incident in 2001. In 2003, O’Brien took office as a cardinal, signing an oath about upholding the church’s teachings: until then, he had been regarded as a liberal archbishop.

O’Brien has since become notorious among equal rights campaigners for his vigorous attacks on gay marriage and gay adoptions, calling homosexuality a “grotesque subversion” and “harmful to the physical, mental and spiritual wellbeing of those involved”.

Colin MacFarlane, director of Stonewall Scotland, which named O’Brien “bigot of the year” last year, challenged the cleric and the Scottish church to explain why he had not apologised directly to the gay community.

“We note with sadness that the cardinal didn’t find it in him to apologise to gay people, their families and friends for the harm his vicious and cruel language caused,” he said.

Church officials confirmed on Monday that O’Brien had left Scotland for an undisclosed location to rest and escape the furore over his admission of misconduct. He had been due to attend this week’s conclave in the Vatican. Before being disgraced, he had been scheduled to visit a parish in Dunbar, East Lothian, after retiring on his 75th birthday later this month.

Professor John Haldane, an adviser to the Vatican and a leading commentator on Scottish Catholic affairs at St Andrews University, said the O’Brien affair raised a number of “broad lessons” for the church and a challenge to the Scottish church to reform itself.

Writing in the weekly Catholic newspaper the Tablet, Haldane said the church was guilty of double standards for denouncing homosexuality as an inherently disordered condition while knowing many of its priests and trainees at its seminaries were gay, or wrestling with their sexuality. Regardless of their sexuality, priests ought to be made to explicitly pledge to remain wholly celibate or leave the priesthood, Haldane said.

He added that the Scottish church should abolish at least half of its eight diocese – a throwback to the size and power of the pre-reformation church.

The Scottish church is struggling to fill five bishop vacancies. It has only three full-time, permanent bishops or archbishops in post. It needed a new body of at most six lay advisers to help in that transformation, Haldane said.

Catherine Deveney, the journalist who broke the original story in the Observer, told BBC Radio 4’s Today programme none of the four accusers she had reported on was pursuing a personal vendetta against O’Brien.

“One of the individuals concerned said that to take the cardinal on as an individual himself would have been like running into a brick wall,” she said, adding: “These men are spiritual men – they want to see an open and transparent Catholic church as a result of this, they don’t want to see it destroyed.”