A key figure behind allegations of inappropriate behaviour by Cardinal Keith O’Brien has launched a powerful attack on the Catholic church’s response to the complaints, saying he fears the church hierarchy would “crush” him if they could. 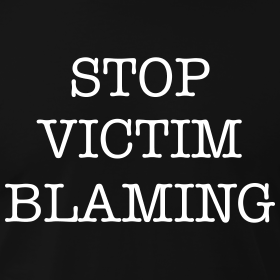 Last Sunday the Observer revealed that the former priest, along with three serving priests, had reported O’Brien’s behaviour to the Vatican, prompting the UK’s most senior Catholic to resign the following day. Now the former priest, who says he was the subject of unwanted attention by O’Brien when he was a 20-year-old seminarian, has come forward to explain why he made his allegations public and to lambast the Scottish church leadership’s reaction to last week’s story.

He is “disappointed” by the “lack of integrity” shown by the Catholic church. “There have been two sensations for me this week. One is feeling the hot breath of the media on the back of my neck and the other is sensing the cold disapproval of the church hierarchy for daring to break ranks. I feel like if they could crush me, they would,” he told the Observer.

He added that he was shocked when Peter Kearney, director of communications for the church in Scotland, claimed O’Brien’s resignation was not linked to the Observer story and that the church did not know the details of the allegations.

Kearney said he was unable to comment on suggestions that a new complaint had been lodged as a result of last week’s story. When asked to outline the church’s programme of support for complainants, he said only that they would be directed to Antonio Mennini, the Papal Nuncio, the Vatican’s ambassador to Britain, to make a formal statement.

“The vacuum the church has created has allowed whimsy and speculation to distort the truth,” the priest said. “And the only support I have been offered is a cursory email with a couple of telephone numbers of counsellors hundreds of miles away from me. Anyway, I don’t need counselling about Keith O’Brien’s unwanted behaviour to me as a young man. But I may need counselling about the trauma of speaking truth to power.”

The former cleric says he feels that he, rather than the cardinal, has been the subject of scrutiny. “I have felt very alone and there is a tendency to become reclusive when people are trying to hunt you down.”

He said he felt particularly angered by demands that the identity of the four complainants be revealed: “To those who want to know my name I would say, what does that change? And what do you think I have done wrong?”

He said that when the four came forward to the church, they were asked to make sworn signed statements to Mennini. But they were also warned that if their complaints became public knowledge, they would cause “immense further damage to the church”. The church, he says, failed to act quickly and appropriately, adding that he fears the matter was in danger of being swept under the carpet.

“For me, this is about integrity. I thought it was best to let the men and women who put their hard-earned cash in the plate every Sunday know what has been happening. If you pay into something you have a right, but also a duty, to know what you are paying for.”

He said that the men’s complaints were not maliciously motivated. “I am as sinful as the next man – as my partner and pals frequently remind me. But this isn’t about trying to own the moral high ground. I feel compassion for O’Brien, more compassion than the church is showing me, but the truth has to be available – even when that truth is hard to swallow.”

He also dismissed suggestions that the accusations contain an element of homophobia. ” This is not about a gay culture or a straight culture. It’s about an open culture. I would be happy to see an openly gay bishop, cardinal, or pope. But the church acts as if sexual identity has to be kept secret.”