A South Boston priest who police said had images of girls who appeared to be as young as 8 on a computer at the parish rectory is being held on bail after he pleaded not guilty today to child pornography charges. 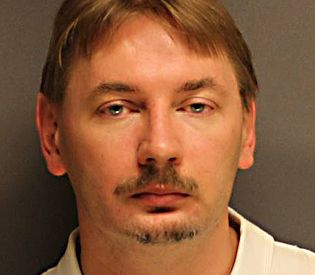 The Rev. Andrew J. Urbaniak, 39, pastor of Our Lady of Czestochowa, a Roman Catholic church on Dorchester Avenue, was arrested yesterday afternoon on charges of possession and dissemination of child pornography following a two-month investigation by Boston and state police.

Urbaniak was held on $10,000 cash bail following his arraignment in South Boston District Court. If he makes bail, Judge Michael Bolden ordered Urbaniak to wear a GPS bracelet, have no contact with children under age 16, surrender his passport and remain in the state. He was also banned from using the Internet and will be subject to random unannounced checks of his computer.

Urbaniak, who was wearing a polo shirt at the arraignment, kept his eyes downcast while prosecutor Kate Clayman detailed the charges against him.

Urbaniak had been downloading child pornography and child sexual abuse images on a computer at the church, said Clayman, and when police arrived at the church yesterday to execute a search warrant the “computer was actively downloading files.”

Among the images police found on the computer at the parish rectory were a “prepubescent female child displaying graphic sexual activity” and “a 10-year-old girl lying on a bed fully exposed,” Clayman said.

Urbaniak’s attorney, Jeffrey Denner, told the judge, “He is a very decent man charged with very indecent activites. He doesn’t pose any danger, nor does he pose any risk of flight. He has devoted his life to good.”

Urbaniak, a Polish national, has been a priest at Our Lady of Czestochowa for four years. He has been an ordained priest for 14 years and has been in the United States since 2000.

The Archdiocese of Boston said today that Urbaniak has been placed on administrative leave.

“The Provincial Superior of his religious order in Poland has been informed of the matter,” the Archiocese added. “The Church prays for all those impacted by these events and is committed to providing for the pastoral care of the parish during this difficult time.”

Urbaniak is due back in court Aug. 31 for a probable cause hearing.