A priest at the centre of the scandal that forced the leader of Scotland’s Catholics to stand down was forced to leave his parish following an investigation into church finances.

The man is the cleric who has complained to the Vatican he was sexually assaulted by Cardinal Keith O’Brien in Rome on the night he was made cardinal by Pope John Paul II in 2003. 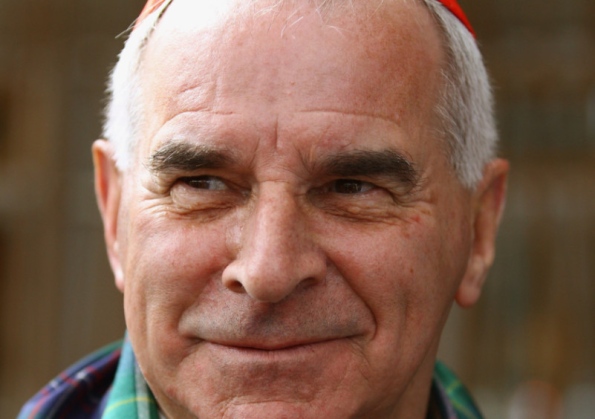 That complaint was made in September 2012. Now it has emerged that, in 2011 the priest, currently on leave of absence from the church, was found to have overspent parish funds by a six-figure sum.

He resigned within hours of the appointment of Hugh Gilbert as Bishop of Aberdeen in August 2011 and several days later was told to leave his presbytery.

As parish priest, sources insist he had a legal right to many church items he is alleged to have taken on his departure.

One source said: “I wouldn’t say the money was trousered. There was clearly money not there. A lot of money. Six figures. But it was found to have been overspent.

“When he left the place was stripped. It was church items. But in the eyes of the law, as the priest, these were his possessions so it was never reported to the police.

“Bishop Moran [the previous Bishop of Aberdeen] didn’t want to deal with this. Bishop Hugh Gilbert did. He loves this man like a son but he told him to leave the parish.

“There was no willingness to make any of this public because of the damage to the church.”

A spokesman for the Catholic Church in Scotland said: “The priest concerned is a priest of the diocese of Aberdeen currently on a leave of absence.”

Among the items left behind were printouts of online conversations he had with a youth who claimed to have been abused by a priest in Northern Ireland.

The printouts were given to police in Northern Ireland but they decided not to act against the Belfast-based priest.

It has also emerged the priest who complained about Cardinal O’Brien is a long-standing and close friend of a senior figure in the Catholic Church in Scotland and was on holiday with him on the continent months before being told to leave.

The senior church official has been insisting he has had no part in any campaign to bring down Cardinal O’Brien.

Earlier this week, The Herald reported that one of those who has accused Cardinal O’Brien had been in a long-standing physical relationship with him.

The man is still a priest and is currently a chaplain on the continent. Two of the others are still serving priests in the Archdiocese of St Andrews and Edinburgh. All their identities are known to The Herald.

It has also emerged two of the complainants were very close friends of a priest in the Archdiocese of St Andrews and Edinburgh who committed suicide a decade ago, having attended Blairs College and Drygrange seminary with him.

He was found hanged in his presbytery by Cardinal O’Brien, a week before he was due to go on holiday with one of the complainers.

Cardinal O’Brien, 75, was due to help choose the new pope before he admitted his sexual conduct had “fallen below the standards expected of me as a priest, archbishop and cardinal”. He apologised and said he was retiring from public life.

One Reply to “Hushed up: cash probe into priest who made sex complaint against Keith O’Brien”